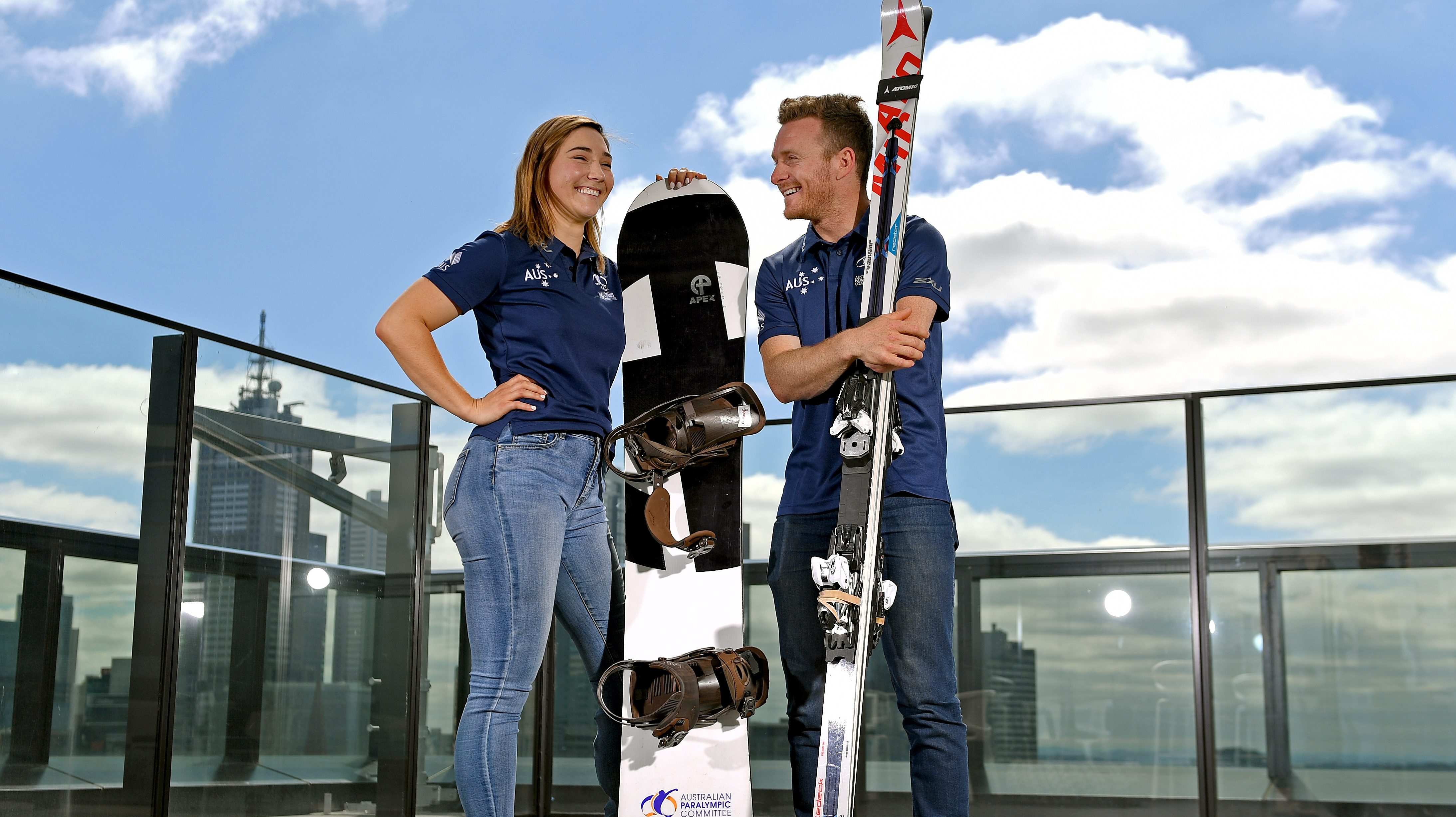 Two-time Paralympian Mitchell Gourley (alpine skiing) and Para-snowboarder Joany Badenhorst have been announced as Co-captains of the Australian Paralympic Team for the 2018 PyeongChang Winter Paralympic Games in March.

With a wealth of success on the world stage, Gourley and Badenhorst now have the responsibility to work closely with the Australian Paralympic Committee (APC) and Chef de Mission Nick Dean to create a clear vision and unite athletes from the team’s two disciplines – alpine skiing and snowboarding – in the remaining five months until the Games begin.

“Australia has such a proud Paralympic record at the Winter Games and has participated at every Winter Paralympic Games since the first in Örnsköldsvik in 1976,” Anderson said.

“But it has never been more difficult to win a Winter Paralympic medal and for Australia to continue to enhance our proud Winter Paralympic legacy, Mitch and Joany will need to play a significant role to ensure our outstanding 2018 Paralympic Team fulfils its potential.”

“For the first time, our Winter Co-captains will embrace the Australian Paralympic Mob initiative that was introduced prior to the Rio Summer Games, and we’re very excited to see Joany and Mitch take up this mantle. Our Co-captains will not just bring the Team together, but will encourage the continuing development of our unique Australian Paralympic culture, which will provide a critical platform for success on the global stage in PyeongChang.”

The Australian Paralympic Committee is currently preparing to send approximately 11 athletes plus three guides from the two sports to the PyeongChang 2018 Paralympic Winter Games.

“Both Joany and Mitch are natural leaders, and internationally, have excelled against the very best in the world in their chosen disciplines over an extended period of time. While we have not selected the Team heading to South Korea next March, we have an exciting array of talent ready to do Australian proud.

“And now we have two leaders, who have proven to be important and distinguished members of their respective teams. I have immense confidence in both Joany and Mitch to build a strong sense of identity among the Team as we all strive for a common goal,” Anderson said.

Gourley, who was born without his lower left arm, competes in all five alpine skiing disciplines in the men’s standing class. He made his Australian team debut as a fifteen-year-old 2006, and in 2011 won his first gold medal in international competition in the giant slalom at the IPC Nor-Am Cup. In March this year, he claimed his maiden world title in the Super Combined, and ended his best ever season with the IPC World Cup Crystal Globe for the most points banked up in the Giant Slalom.

“It’s exciting and humbling to be named as co-captain for PyeongChang with Joany. We didn’t officially have captains for the last couple of Winter Games but we were lucky enough to have some incredible leaders over that time and I hope I can pass on some of what they taught me,” Gourley said.

“Ultimately, I want this team to not only feel proud that they are a part of The Mob, but I really want them to believe in their ability to play a role in continuing to build it as something that our entire Paralympic family can all be proud of.”

The first female to represent Australia in Para-snowboard, Badenhorst too has an extensive list of accolades. Set to make her Paralympic debut in Sochi, Badenhorst crashed on a final training run just minutes before her first race, breaking her patella dislocating her knee and collapsing her hip. The crash only seemed to strengthen her resolve to achieve global success. Since then she has won one silver and two bronze World Championships medals, gold at World Cup events and this year, won the IPC Crystal Glove in Snowboard Cross – a moment she names as her career highlight.

“Being named Team Co-captain for me is a really big honour, as a senior member of the Australian snow sport team, I’m really excited to be a mentor and really work with the Team to make sure that we establish incredibly good and a supportive Team culture as we head over to PyeongChang. I want to be able to help give everyone the opportunity to be the best and do the best they can to represent Australia well.

“I’m really excited to get Australia behind us as well. Australia is not necessarily known for Winter but Australia is one of the most incredible countries where they support their athletes no matter what, so I think this is going to be great, and I can’t wait to show Australia what us as a Team can achieve,” Badenhorst said.

More information can be read about Gourley here, and Badenhorst here.

The PyeongChang 2018 Paralympic Winter Games will take place from 9-18 March in South Korea.