Four to target bullseye at the World Para-archery Championships 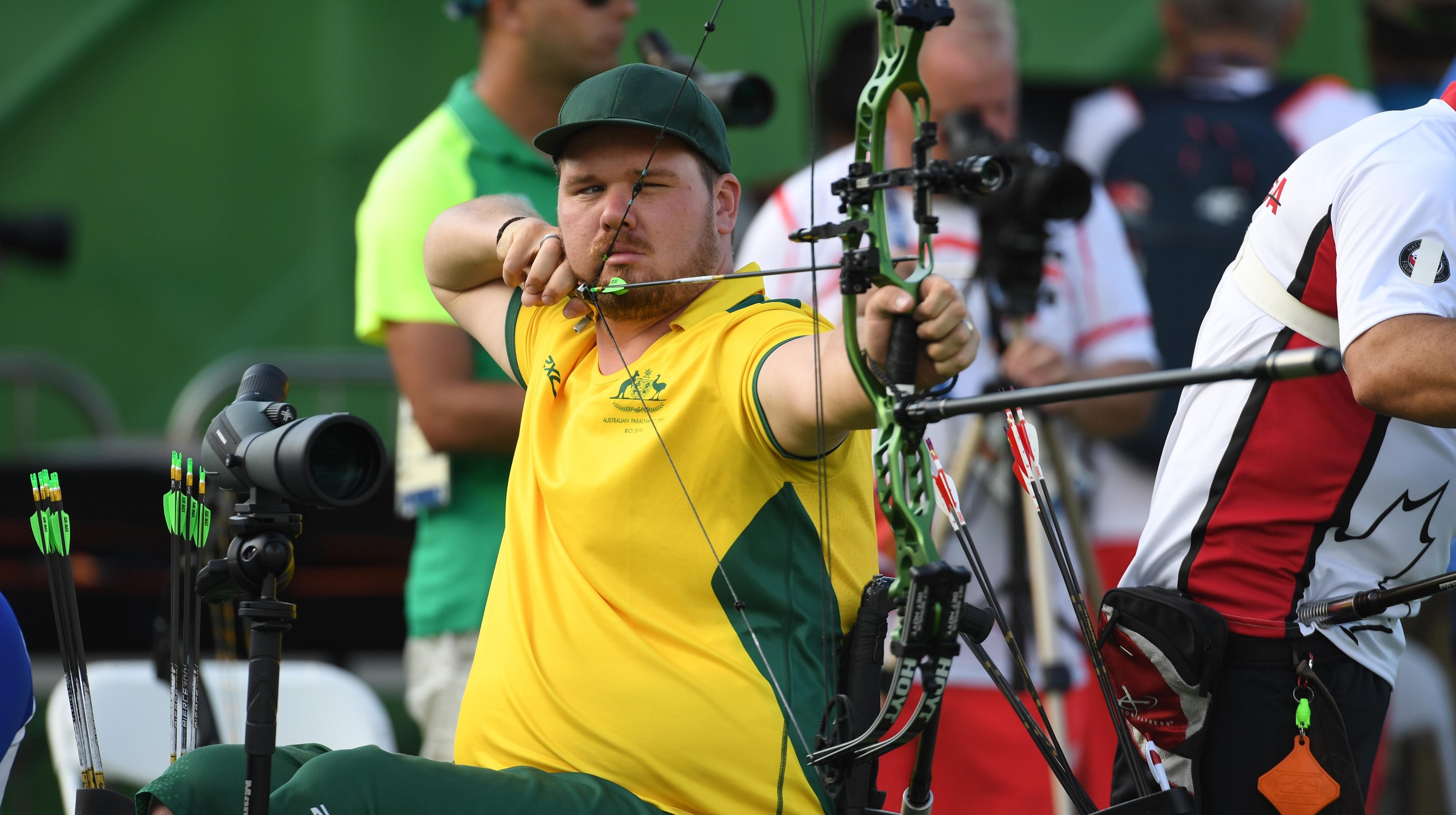 Australia will send four athletes to the 2017 World Para-archery Championships in Beijing later this month take their shot at glory.

Spearheaded by Rio 2016 Paralympic bronze medallist Jonathon Milne, the team will contest what will be one of the toughest competitions yet in world Para-archery.

More than 12 months on from the euphoria of Australia’s first Paralympic archery medal for more than 30 years, Australian head coach Ricci Cheah said intense and specialised preparation in the lead up to this World Championships has been key for Milne and his teammates to progress.

“Since Rio, a year ago, the world standard has increased. Qualifying scores for the World Championships team has risen so it’s not only harder for athletes to land a spot on the team, but archers will need to train harder to keep up their competitive edge when it matters,” said Cheah.

“All archers have been shooting roughly 500-800 arrows a week for the past two months. There has also been a lot of mental prep and goal setting to focus on process instead of outcomes, which will be key to success in a few weeks time.”

While Milne showed the world his talents at the Rio Paralympic Games last year, Cheah said there will be a target on his back, with a number of athletes internationally now in medal contention in his event.

“Jonathon has about seven competitors just as good as him so it’s hard to tell what’s going to happen on the day. We’re expecting a top eight finish, which will be great for him but we shall see on the day,” Cheah said.

“The team this year has two other Aussie Para-archers in the Compound W2 division and they’ll compete all together in the team event. Jonathon’s team mates bond with him well, and he’s also been key to helping them become better archers mentally and technically.

“One of the highlights of the trip will be seeing how the boys all go together in the team event.

“There is a great, positive vibe among them, and I think they’ll have a lot of fun together.”

The World Para-archery Championships is a major milestone on the road to Tokyo, giving athletes a chance to see how not just their scores, but their mental fortitude, stack up against their toughest competition.

“I’ve told the archers to simulate competition stress and shoot as if they’re shooting in Beijing. Scores come in live so it’s easy to see where they rank in comparison to the rest of the world.

“We’re looking forward to seeing what we need to do after this championships, to ensure progress continues so that we can get ready for the 2019 World Championships and then qualify spots for Tokyo 2020.”

The World Para-archery Championships will take place from September 13 – 17 in Beijing, China.