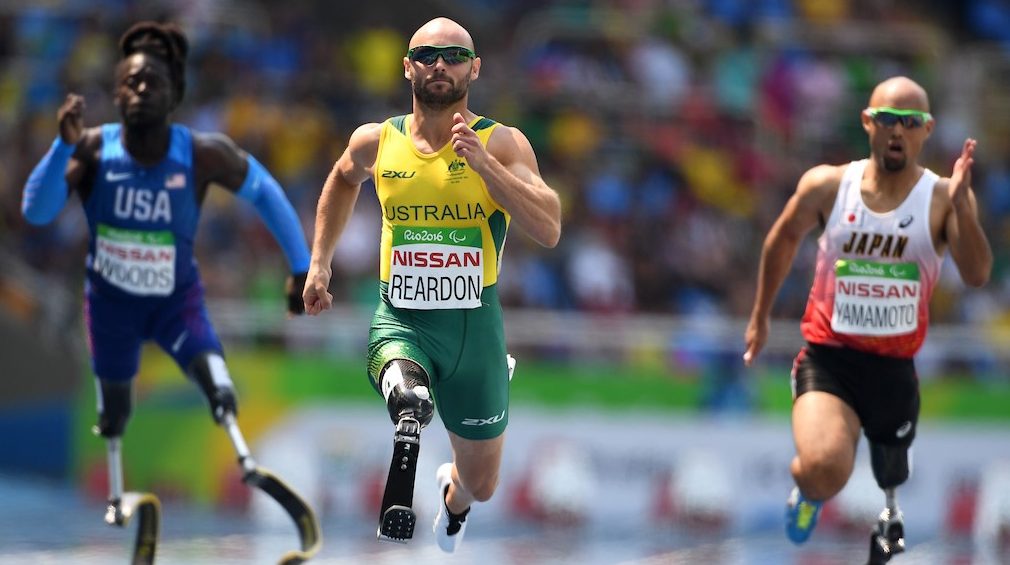 The dream of every Para-athlete is to become a Paralympic or world champion, with seven starters for Team Australia now looking to defend those titles at the 2017 World Para-athletics Championships in London, England.

Reardon, a leg amputee as the result of a farming accident, is the T42 100m Paralympic champion, and arrives in London having run 12.13, 0.02 outside the world record, in Leverkusen, Germany just a fortnight ago.

He knows he has nothing to prove, but hopes to execute a performance that allows him to continue to call himself the world champion.

“Up until my run in Leverkusen I wasn’t sure where I was at. We’d been competing on the Gold Coast and that track has never been somewhere I run fast, so to come out and run two great races was a great feeling. It gave me a confidence boost, we prepare to run fast when it matters, and to do that before a major makes me know that I’m ready,” Reardon said.

“I think I’m a bit more relaxed this time around. I wanted to win the world title, I wanted to be Paralympic champion and I wanted to break world records, and to know that I’ve done that already is reassuring. The blinkers for me are on and I don’t have to prove anything. I’ll focus on what I need to do.”

Reardon looks back on his result at Rio 2016 fondly, proud of his continued effort alongside coach Iryna Dvoskina to be the best athlete he can be.

“You train for so long and the pressure you put on yourself, whether you like to admit it or not, is big. To execute that race the way I did was amazing, the relief was huge, and to think back on the journey I had from starting in the sport to then was fantastic,” he added.

Like Reardon, Turner and Davidson also take to the start line as champions from the Rio 2016 Paralympic Games.

The winner of the T36 800m for athletes with cerebral palsy, Turner’s program at London 2017 has expanded to also include the 200m and 400m. The two shorter events appear on the athletics program in Tokyo and it is here that he is chasing new success.

Davidson will compete in the T36 100m and long jump, having qualified for the World Para-athletics Championships after returning from injury only days prior to the close of the qualification period.

He was Australia’s first gold medallist in athletics at the Paralympic Games last year, and is likely to call upon the support of his late grandfather when he competes, who encouraged him to take up athletics in the first place.

De Rozario reigned supreme in the T53 wheelchair 800m in Doha, Qatar two years ago, and also came away with bronze in the 1500m. Her preparation this time around remains the same, taking nothing for granted, as new athletes from across the globe begin to challenge her for a spot at the front.

“My approach to this championship is the same as Doha – leave nothing behind. I had a great race there in the 800m, but since then so many have had huge performances, so I’ve had to stay focussed. The world record in the two-lap has been broken three times and none of the athletes that have done it were alongside me in 2015. It would be a bad approach to come in with too much confidence,” de Rozario said.

“My training has been great, though. I had the chance to race in Switzerland a couple of months ago and it was great to see all the work that I’ve done coming together. I was pushing quicker than I ever have, but it seems that so is everyone else. It will be great racing here.”

Holt, too, is a reigning world champion in two events, the T35 100m and 200m for athletes with cerebral palsy, while Hodgetts takes to the throwers’ circle looking to defend his F20 shot put title for athletes with intellectual disabilities, after winning gold in the same event at the London 2012 Paralympic Games.

Team Australia continues to prepare for the World Para-athletics Championships in London ahead of competition starting on Friday July 14.