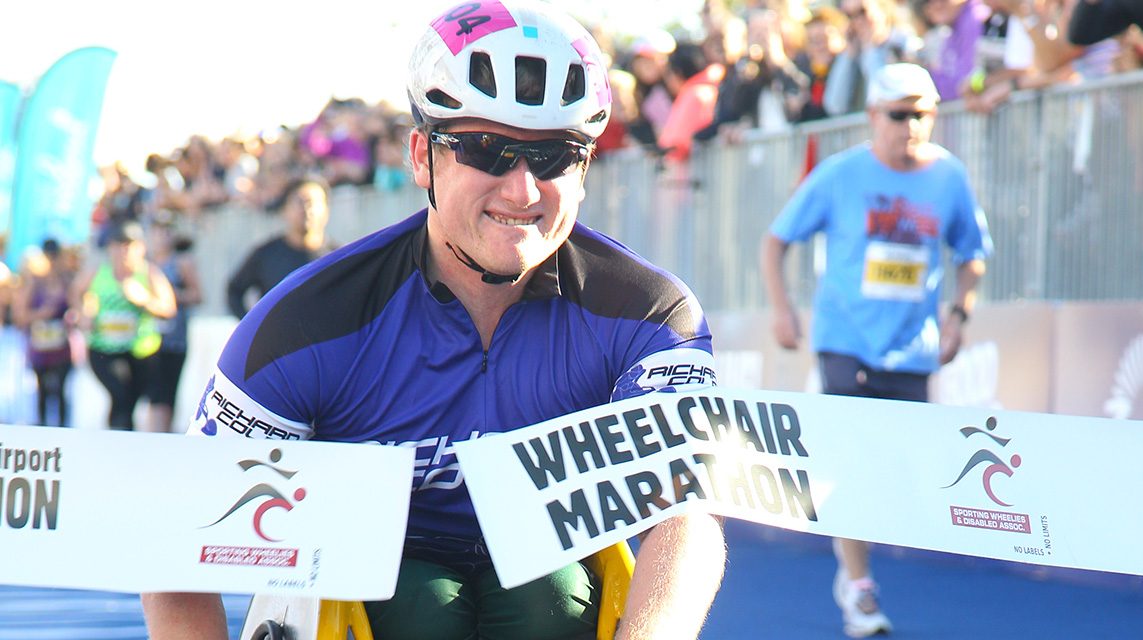 The four-time Paralympian and New Delhi 2010 Commonwealth Games representative was too strong for the rest of the eight-man field, taking his first Gold Coast Airport Marathon win in 1:46:15 ahead of Paralympic Teammates Richard Nicholson (1:47:06) and Campbell Message (1:59:11).

Colman, who hadn’t competed in a marathon for two years, said it was not easy-going for the field.

“I pushed the pace for the next five to 10 kilometres after that.

“At about the 38-kilometre mark there is a little bridge and that’s where I got away from him [Richard Nicholson, 2nd place] and that’s when he was, ‘I’m done’.”

Nicholson rued one aspect of his race preparation.

“I could have not gone to my brother’s wedding in Vancouver two weeks ago,” he laughed.

“I had three weeks off.

“Anyway it is what it is and I just had a good day,” he said.

Message, who is coached by Colman, was slightly taken aback by his marathon debut.

“This is my first ever marathon, so I didn’t know what to expect and the pain just kept getting worse, but it was awesome because everyone was cheering. It was an incredible experience,” he said.

Gold Coast 2018 Commonwealth Games number two ranked Para-triathlon aspirant Sara Tait showed resilience beyond her years to even finish the race, clocking 2:35:19 despite being hampered by a medical condition.

Photo with thanks to Gold Coast Airport Marathon