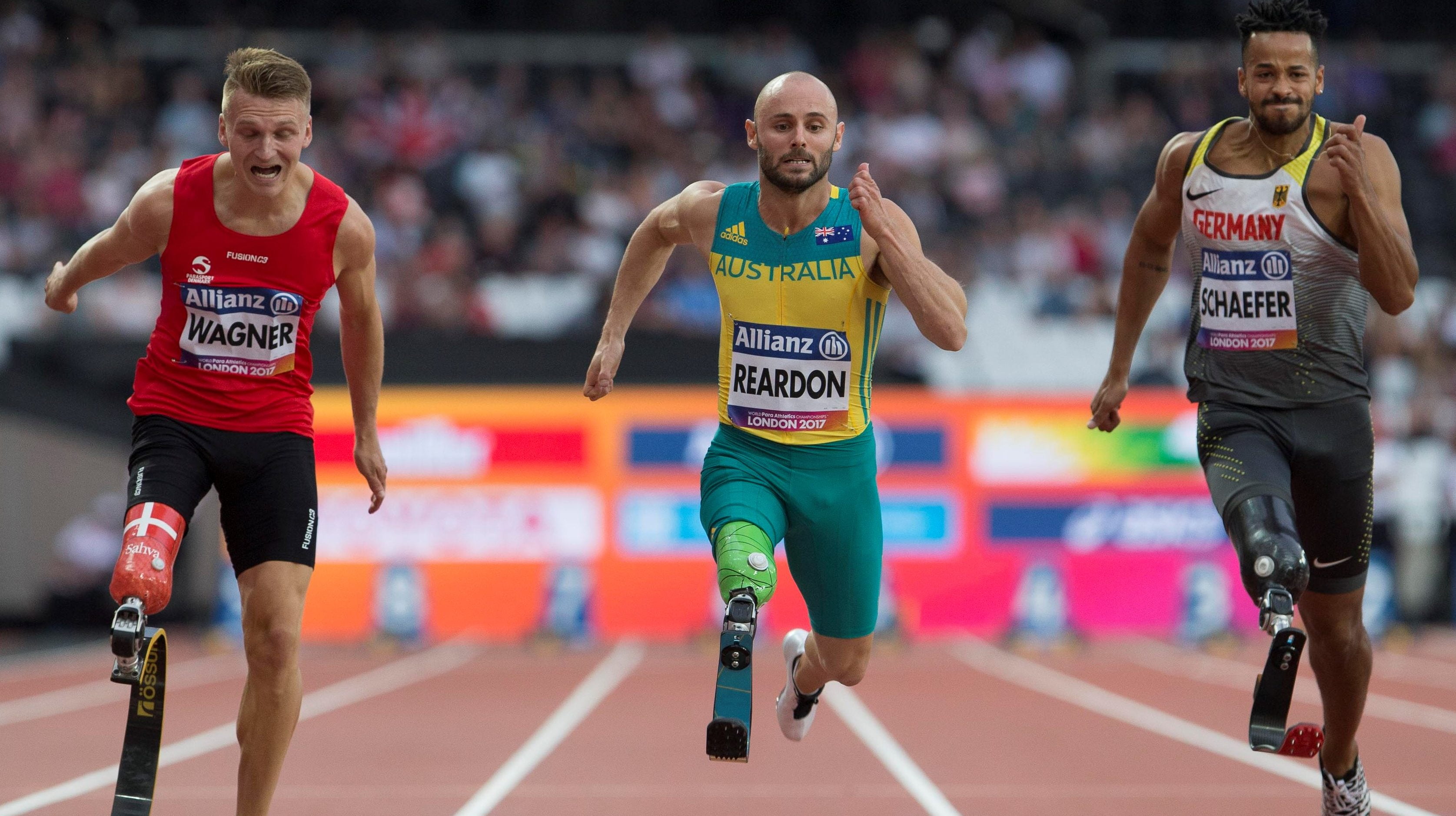 Rising stars in Para-athletics, Turner and Isis Holt (T35, Vic) were the headline duo for the Australian team, combining for five of the eleven gold medals won in the English capital.

Finishing the Championships with 28 medals, Australia placed fifth on the medal table, four positions higher than the last world championships in Doha in 2015. Their medal tally also trumped that of the athletics team at the Paralympic Games in Rio last year, whose efforts resulted in 26 medals for Australia, including three gold.

London 2017 reaffirms Australia’s position among the top performing Para-athletics nations, with powerhouses China (65), USA (59), Great Britain (39) and Ukraine (29) finishing alongside them in the top five.

Turner, a standout at these championships, went three from three for Australia, winning gold in the T36 200m, 400m and 800m events.

The T36 200m and 800m world record holder puts down his success to a well-executed race plan, but also the mental work he has done with his coach, Brett Robinson.

“I couldn’t have dreamed up a better conclusion to this race and this championships. It’s so uplifting, so invigorating,” he said.

Teammate Holt was equally elated after defending her T35 100m and 200m world titles at just her second world championships.

The 16-year-old Melbournian was in hospital with tonsillitis just two weeks before departing for London, and believes she is lucky to have even had the opportunity to compete.

“I wasn’t even sure if I’d be here in London, so to be able to come out here and run a time like that, I can’t get over that,” Holt said.

On day 4 of the Championships Scott Reardon (T42, NSW) proved he is the undisputed king of the track in the T42 100m after claiming his third consecutive world title in the event – an achievement no T42 athlete before him has done.

Flying across the track in a time of 12.21 (-0.4), ahead of Denmark’s Daniel Wagner (12.30) and home crowd favourite Richard Whitehead (12.39), Reardon believes his success in his quest for gold came down to a well-executed race plan.

“I came here with a plan to execute the first 20m of the race and put a bit of pressure on the rest of the guys,” said the Temora native.

“I think there’s a thought that I can’t run very fast because of my little legs, but when I execute a race well and I’m out in front, I’m tough to catch. I did that well, and that’s what matters most at a championships like this.”

31-year-old debutant Cameron Crombie (F38, ACT) won the first world title of the championships in the F38 shot put for athletes with neurological impairments, throwing 15.95m – more than one metre further than his previous personal best.

“I’m a bit lost for words. This is fantastic, I couldn’t have hoped for a better result. I wouldn’t have dreamt it,” said Crombie.

“We exceeded the number of gold medals and the total number of medals won at both Rio 2016 and the world championships in Doha in 2015 and have established ourselves as a team to be contended with as we enter the Tokyo 2020 Paralympic Games cycle.”

“The 37 athletes that have competed here, the team staff that surrounded them and the personal coaches, family and friends that supported their preparation must be commended for their efforts.”

“The squad was as cohesive and professional as we could have hoped for and I thank them for their dedication. Each and every person here has represented Australia to the best of their ability, and that’s all we could ask for.”