Kate’s triple treat on the streets of Yokohama 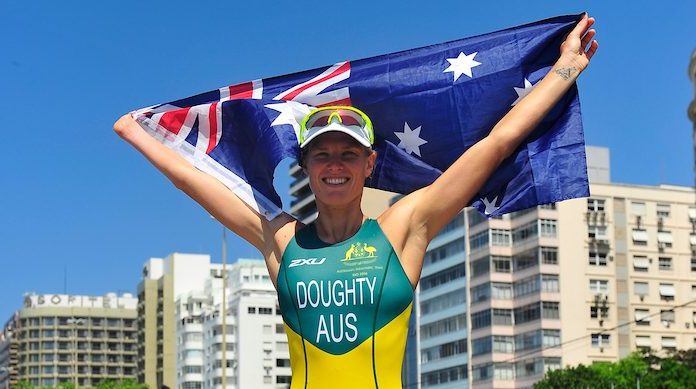 The former Para-equestrian star, born without her right hand, threw her arms in the air to claim the gold medal – her second of the season after winning on the Gold Coast last month.

And she was delighted with “mission accomplished” and couldn’t hide her delight as she crossed the line over 2 two minutes 30 seconds ahead of her nearest competitor, Rio bronze medallist Gwladys Lemoussu (France) with the 2016 World Championship bronze winner Anna Bychkova (RUS) five minutes behind in third.

The Danielle Stefano coached Doughty will set herself for the ITU World Championships in Rotterdam in September.

She led her six Australian team mates around the course on a day that saw the green and gold brigade win one gold, one silver and one bronze medal.

Chaffey has already qualified for next year’s Commonwealth Games next year with Beveridge and Tait still working towards qualification.

Another member of the Rio team from last year, WA’s above knee amputee, Brant Garvey finished sixth in the PTS2 class for men.