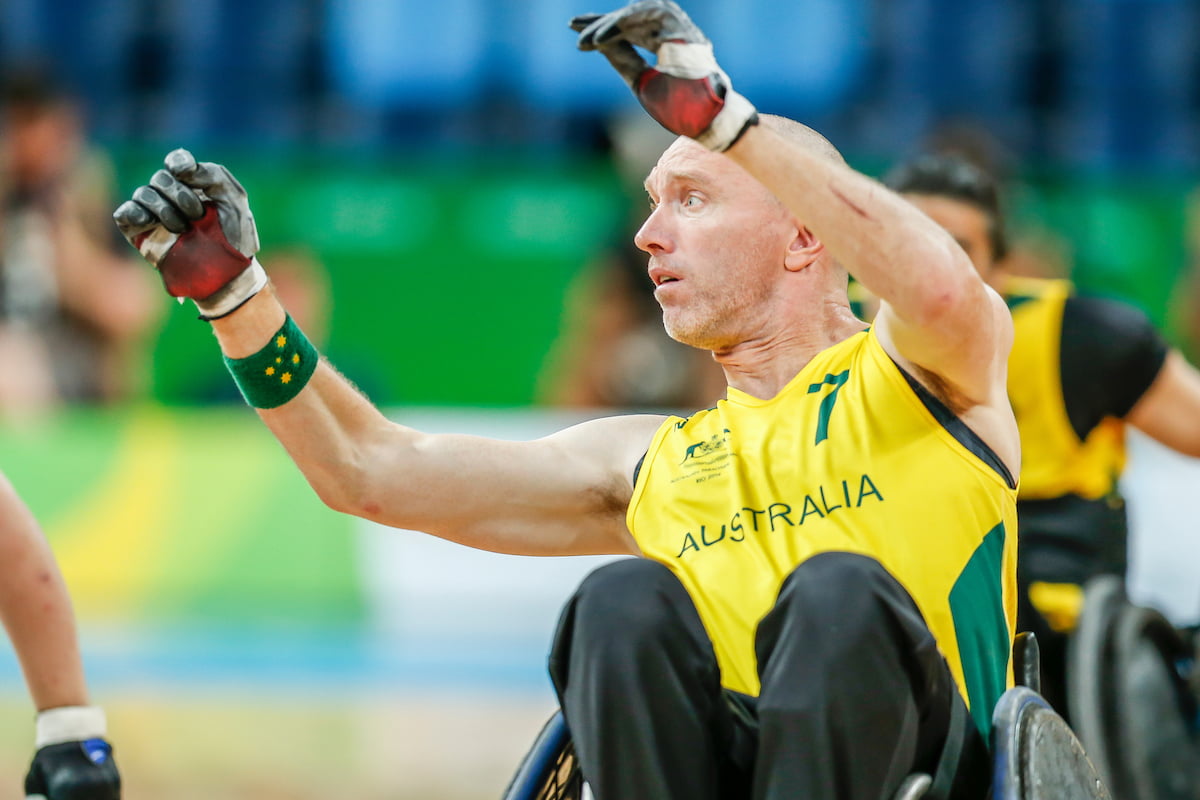 The Ken Sowden Cup is within reach of the Australian Steelers after they defeated New Zealand in the first two matches of the five-match wheelchair rugby series in Christchurch today.

With two matches tomorrow and the series finale on Sunday, the Steelers are poised to secure the Cup but know it is not yet theirs after the Wheelblacks showed plenty of fight on their home court.

Following a commanding 53-40 victory in the opening encounter, the Steelers were pushed all the way to double-overtime in the second clash before they prevailed 58-54. Scores were locked 47-all at full-time and 52-all at the end of the first overtime.

According to Australian coach Greg Smith, it was his team’s calmness under pressure that impressed him the most, particularly in overtime.

“Our guys have a lot of big game experience. They know how to win coming from behind now and wins like this in double overtime only build confidence even further,” Smith said.

Smith, the Australian assistant coach, has assumed the role of head coach for this tournament, while Brad Dubberley serves as his assistant in a role reversal designed to improve Australia’s coaching depth. Dubberley has been head coach since 2007 and has led Australia to every Paralympic and World Championship gold medal match during his reign.

A similar strategy is being implemented with the playing roster, with several established stars not chosen to travel across the Tasman in a bid to blood emerging talent.

And judging by the performances today, it’s a move that may well pay dividends in the not too distant future.

Smith praised the impact of rising high-pointers Matt Lewis and Jayden Warn, who got the rare chance to lead Australia’s offense in the absence of seasoned veterans Ryley Batt and Chris Bond – the powerhouse duo who have dominated the sport since 2012.

Ben Leaudais and Jake Howe, both making their international debuts in game one, also impressed Smith.

“The whole focus during this tournament is on getting guys lots of time on court and getting them used to their line-ups. I thought all the guys in all four of our line-ups contributed today,” Smith said.

“I thought the rookies were really good, but being rookies, there is still a lot to work on with them,”

“In the end, it was a great result and a big effort by all the guys.”