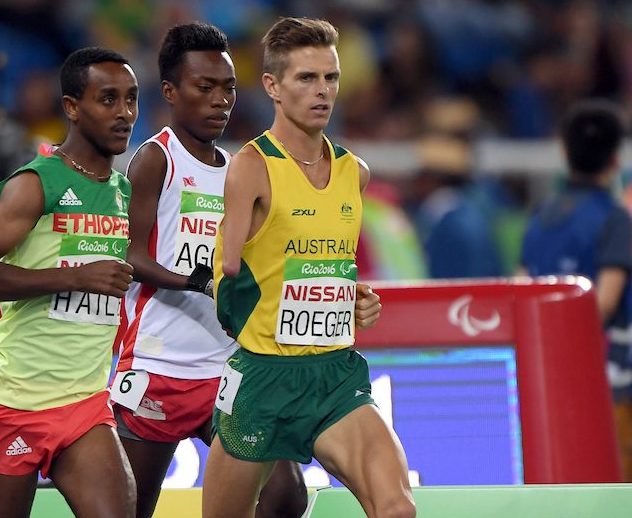 The stellar start to 2017 for Michael Roeger (SA) has continued, with the Rio 2016 Paralympic Games bronze medallist clocking 14:14.91 in the men’s 5000m at the SUMMERofATHS Grand Prix to smash the T46 ambulant world record.

Delivering the result only weeks after he ran 3:46.51 to better the 1500m mark in Sydney (NSW), the performance by Roeger, who was born with a limb deficiency in his right arm, credits the result to consistency as he eyes further success at the World Para-Athletics Championships in July.

“I haven’t run like that since the world championships in 2013, I knew I was in good shape but to pull it off is amazing. I’m so happy, especially after such a big run in the 1500m a few weeks ago too. This comes down to consistency. I haven’t missed a session for about 18 months now, I’ve come out tonight and opened my 5000m season with a PB and have to keep the momentum from here,” Roeger said.

“My results will mean nothing if I don’t win a gold medal on the world stage and that’s what I’m after in London this year. I’m confident that I’m progressing and it’s about continuing to improve through to race day over there.”