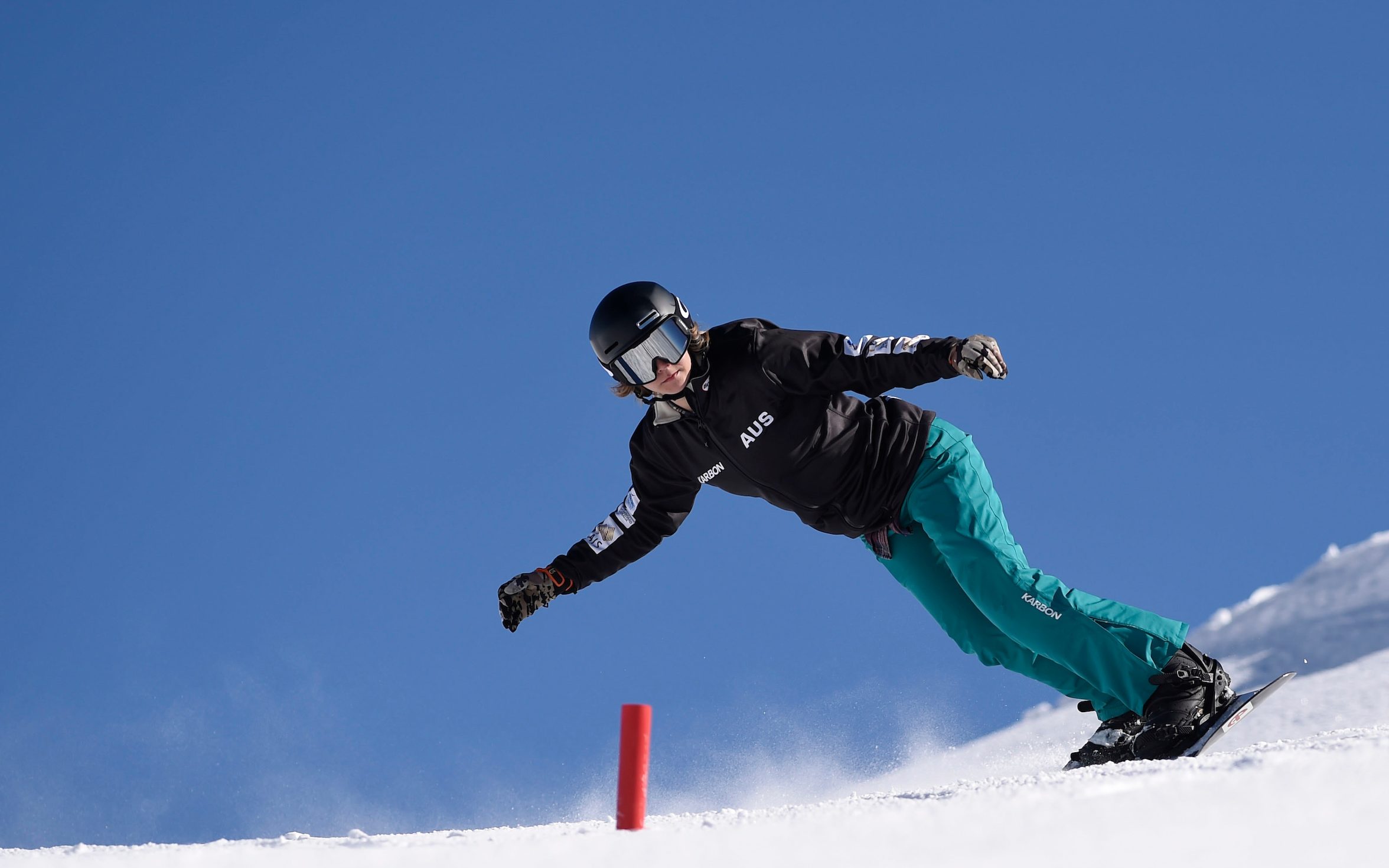 The first taste of racing at the venue for next year’s Paralympic Winter Games has been a positive one for Australia’s Para-snowboarders, who all delivered strong performances today at the 2016-2017 International Paralympic Committee Snowboard World Cup Finals in PyeongChang, South Korea.

Joany Badenhorst led the way by claiming a silver medal in the women’s snowboard cross SB-LL2, after crashing in a qualifying round earlier in the day.

Showing grit and composure, Badenhorst bounced back to qualify for the elimination rounds and then disposed of American Brittani Coury in her quarter-final and Netherlands rider Lisa Bunschoten in the semi-final to set up a final showdown with Bunschoten’s all-conquering compatriot Bibian Mentel-Spee.

In a shootout befitting the gold medal race, Badenhorst showed no sign that she was willing to bow to the reigning Paralympic and world champion, but the Dutch ace was just too classy.

“Bibian is an amazing rider, but what made this result so amazing was that we were head-to-head. Whoever won deserved to win,” Badenhorst said.

“There was no margin for error and she was able to hold me out, but I stayed with her and it just shows my progress over the last little while.

“Secretly in the back of my head, I knew I could do this. But while it’s not a surprise, I’m definitely over the moon to win a medal here. Especially after such a great final race, that was just epic.”

And according to Australian Para-snowboard Head Coach Lukas Prem, it may well be a sign of even better things to come.

“The way Joany did it was very impressive. It’s almost scary to see the progress she has made, and now we’re here, knowing there is still a year to go to fine-tune stuff, it’s quite amazing,” Prem said.

“Not all of the pieces of the puzzle are together yet. There is still a lot of room to grow and if she’s keeps that progression, she could definitely go all the way next year.”

On the way to finishing in fourth position, Tudhope eliminated Japan’s Takahito Ichikawa and reigning Paralympic champion Evan Strong (USA), before he bowed out in a fierce semi-final against eventual winner Matti Suur-Hamari of Finland.

It set up a bronze-medal showdown between Tudhope and Japan’s Gurimu Narita, who was only just able to hold off the 17-year-old from Sydney, NSW. And while it was not the result he had dreamed about, Tudhope justifiably saw of plenty of positives.

“Even though I didn’t get the medal, this is still my best result of the season,” Tudhope said. “I haven’t had the best season with results, but I have been progressing a lot, so to finally come out and get through into a semi-final and the small final [bronze medal race] is great, I’m really happy.

“It’s really given me a confidence booster. If I get fourth at the Games next year, that would be one hell of a result,” he added.

Prem was equally pleased with Tudhope’s result and just as optimistic that another year’s preparation will see the youngest member of the team become one of its most competitive when the squad returns to Korea next March.

“He has been working really hard. He had a couple of deep landings today but you can see he has been hitting the gym pretty hard or else he doesn’t stick those landings. It was impressive riding,” Prem said.

“He is also far above what I expected from him when we started out. It’s so hard for a 17-year-old to keep that patience knowing you have got the speed but you’re not always getting the results.

“He was impressive and it was a well-deserved result.”

In other results, the trio of Patmore, Handley and Pollard aiming to make their Paralympic Winter Games debuts next year all took positive steps towards that goal with their performances today.

Handley fought hard before he was eliminated by Canadian bronze medallist Curtis Minard in the first sudden-death round, but Patmore and Pollard progressed. Patmore disposed of home-town hero Seung Hang Park while Pollard ended Great Britain’s Ben Moore’s campaign. Both riders then fell at the quarter-final stage.

It was a steep learning curve for the emerging trio according to Prem, but an experience that will only hold them in better stead ahead of the Games beginning in 364 days.

“It gives them a lot of drive seeing some of the other guys doing what they want to be able to do. But they understand that it takes a bit more time and we have another year to work on everything,” Prem said.

“They are trying to soak up every bit of it, which will only be an advantage for them for next year.”

Australia’s Para-snowboarders will complete their northern hemisphere season on Monday, 13 March, when the World Cup Finals for banked slalom will be decided.

Complete snowboard-cross results from the World Para Snowboard World Cup Finals, as well as updated rankings, can be found here.