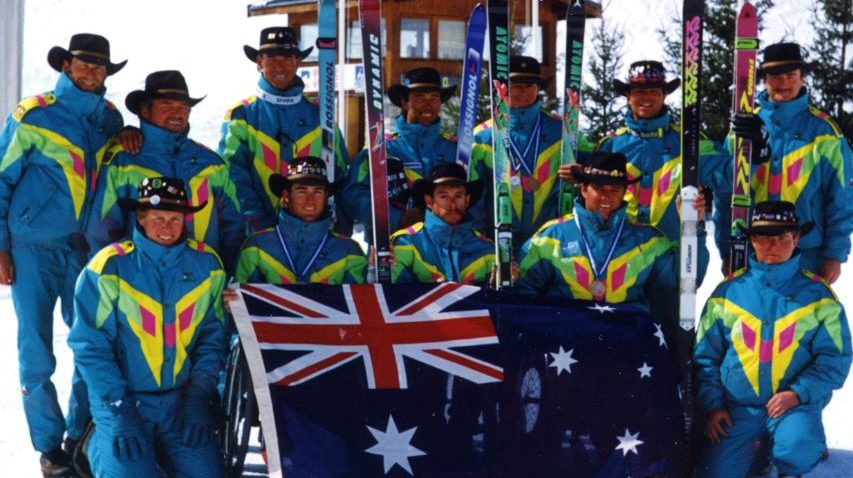 Returning to the slopes for his second Paralympic Games campaign at Albertville 1992, Milton recorded a combined time of 1:14.11 in the men’s slalom for lower limb amputees, beating the then unbeatable world champion Alexander Spitz from Germany to win a gold medal on day one of competition.

Having set himself the goal of a podium finish, Milton was ecstatic with his victory.

“In context, Australia hadn’t been successful and weren’t really advanced in the sport, but I did feel I had an outside chance for bronze,” the six-time Paralympian recalled.

“My expectations were pretty relaxed. But then Spitz was disqualified, and even though Greg Mannino was a pretty experienced campaigner, he tended to overcook his second runs, so I knew I was in with a chance.”

Leading the field after their first run, he held out eventual silver medallist Mannino and bronze medallist Rainer Bergmann, who clocked times of 1:16.81 and 1:21.03, respectively, to finish atop the podium.

Among his most dominant Paralympic performances ever, Milton’s result was particularly impressive considering he had been given just a few hours’ notice to prepare for the slalom, with weather conditions prompting Games organisers to move it forward a week.

“I was really excited, hugely excited, but with three events left it tempers your celebrations a bit,” Milton said.

“It probably gave me the opportunity to build a little bit of self-belief.”

Further consolidating his place among the world’s most elite Para-alpine skiers, Milton used this confidence to add to his medal haul with a silver in the super-G.

In a Paralympic career spanning over 20 years, including a stint in track and road cycling, Milton has accumulated an enviable six gold, three silver and two bronze medals.

In 2002 he was crowned the Laureus World Sportsperson of the Year with a Disability following his four-gold medal haul at the Paralympic Games in Salt Lake City, USA, and in 2006 he set a new Australian downhill speed skiing record, clocking a staggering 213.65 km/h to beat the old mark set by able-bodied rival Nick Kirshner.

With less than a year to go until the PyeongChang 2018 Winter Games, to be held on March 9-18, Milton looks forward to following Australia’s results.

To the Para-athletes contesting these Games, he says:

“Ski fast! For those just looking to qualify, soak it up and enjoy. For those chasing medals, put your head down and your bum up! Be meaningful in your preparation.”

The PyeongChang Paralympic Winter Games begin on March 9, 2018, with 10-12 athletes expected to compete for Australia.