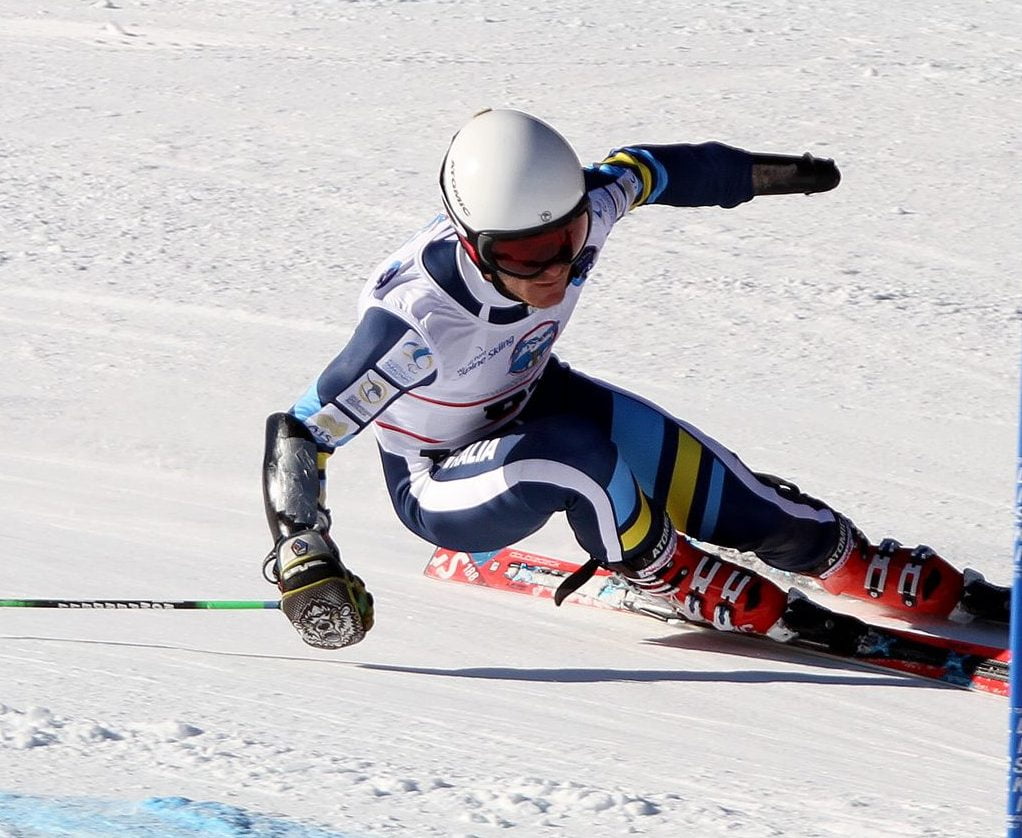 The Australian Para-Alpine Skiing team has wrapped up a successful week of racing at the 2017 World Championships in Tarvisio, highlighted by Mitch Gourley’s emphatic win in the Super Combined.

Gourley’s persistence in striving to be the best in his sport paid off when he took his first world title, competing at his fifth consecutive World Championships.

Gourley got his campaign off to a strong start in the Downhill where he placed fourth. He then went on to finish eighth in the Super-G before leaving his competition behind to win the Super Combined.

Gourley clocked 1:07.35 in the first Super-G component of the race, placing him sixth in a highly competitive field of 25 athletes. He followed this with the fastest slalom run of all competitors – 44.16 seconds – to rocket up the standings and take the gold.

“I feel relieved, 100 per cent relieved,” Gourley said. “It took five times and finally I got one and I got to win which is pretty cool!”

Gourley rounded out the competition with two more top-five results, placing fifth in both the Slalom and Giant Slalom events, making it his most successful World Championships and giving him great confidence heading into the remainder of the World Cup season as well as the journey ahead to PyeongChang 2018.

Competing alongside Gourley in the standing category was teammate Jonty O’Callaghan who made his World Championship debut. Competing in the technical events, O’Callaghan gained invaluable experience and did well to place 18th in a time of 2:31.04 in the Giant Slalom.

In the visually impaired skiing, development athletes Shaun Pianta and Patrick Jensen gained crucial big-event experience that will help them progress in their careers.

Jensen and his guide Lara Falk were ninth in the Slalom with a total of 1 minute 47.91 seconds from two runs. A top 10 result for these up and coming Aussies in a competitive field of 29 athletes shows great things for their future.  Whilst Pianta and his guide Jeremy O’Sullivan did not finish their races, the experience will help them as they continue to develop.

Australia’s only female representative Victoria Pendergast had a mixed bag of results in the sitting ski events. Whilst not quite putting together all the races she would have liked, Pendergast can take positives from her fifth place finish in the Super-G as well as coming seventh in the Slalom.

Another Aussie achievement of note at the World Championships was Mitch Gourley’s re-election as the Athlete Representative of the World Para Alpine Skiing Sport Technical Committee.

The election took place during training at the World Championships, after a vote of more than 70 athletes from 21 countries.

Gourley will serve a second two-year term, acting as liaison between the athletes and the decision makers in the sport, as well as a direct link to the International Paralympic Committee’s Athletes’ Council.

“It’s exciting,” Gourley said. “I’m really proud and honoured to have the chance to do it again. It’s something which is really hard work but really rewarding.

“I think the most important thing is establishing lines of communication with all the athletes,” he said of his plans for the next two years.

“So going from the STC [Sport Technical Committee] through the representative to the focus group, advisory group and then out to all the athletes and really trying to establish those and get as much information as far as we can.”