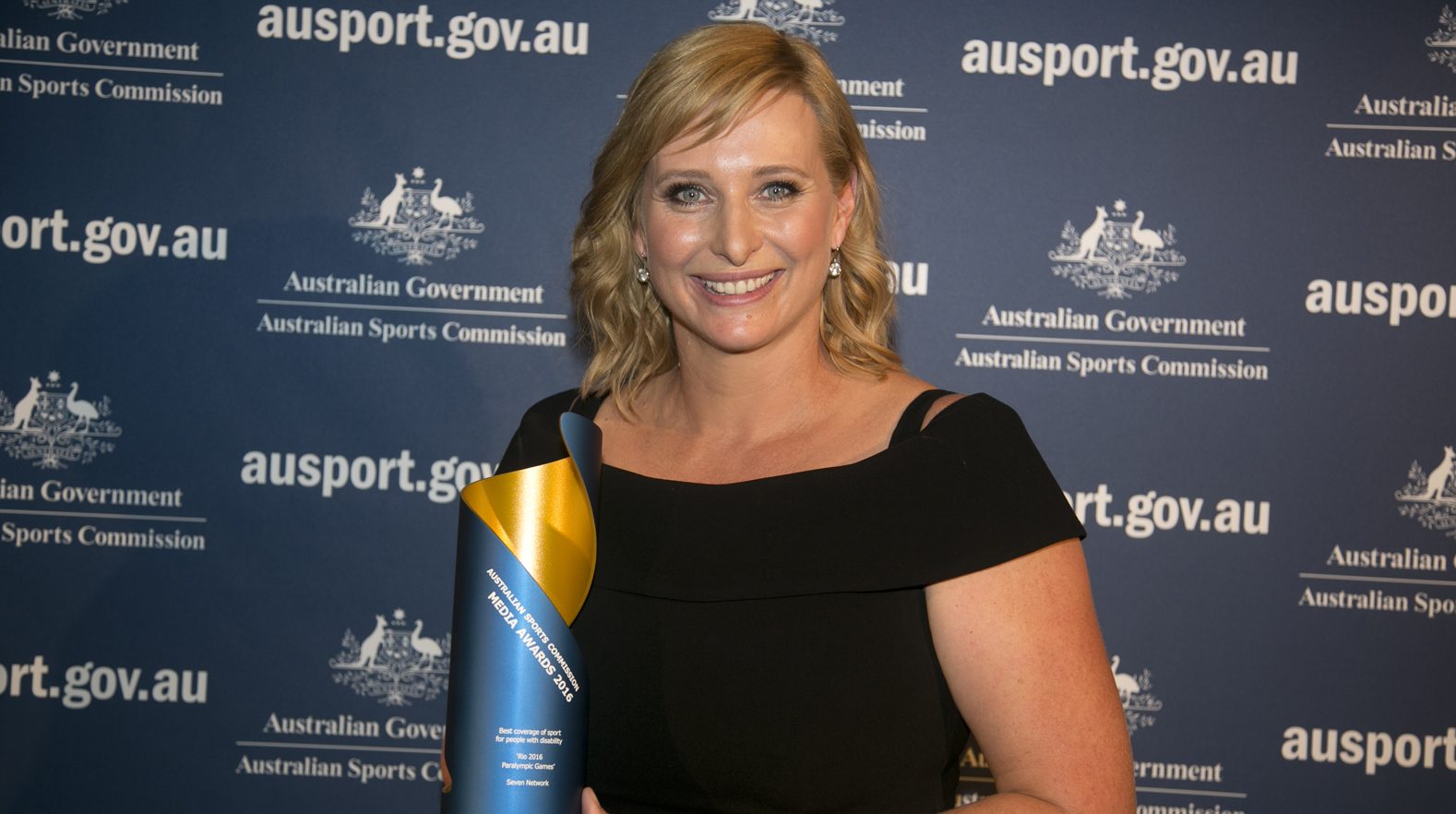 The Seven Network’s groundbreaking coverage of the Rio 2016 Paralympic Games has been deservedly recognised at the Australian Sports Commission Media Awards.

Accepting the ASC award for ‘Best Coverage of Sport for People with a Disability’ on behalf of the Seven Network at last night’s ceremony in Melbourne, Johanna Griggs said her role presenting the coverage was a career highlight.

“Everyone who worked on that magical 11 days of sensational sport was deeply passionate about what we produced,” Griggs said.

“The reason that made us so happy is that we desperately wanted the stories of the Australian Paralympic athletes to be told and shared, as these athletes are truly awesome.”

She also acknowledged the contributions of the Australian Paralympic movement in helping to make Seven’s coverage such a success.

“Thank you to the Australian Paralympic Committee and to each and every one of your athletes who trusted us with their stories, and who provided so many amazing moments we could cherish,” Griggs said.

“We wanted people to see their incredible athletic feats, and be touched by their sheer joy at competing that was infectious to witness.

“I’ve said it before, it’s easily my favourite event I’ve ever been fortunate enough to work on, and I know I’m not the only person who felt that way.”

The Seven Network’s commitment to Paralympic sport during the Rio campaign was unprecedented in Australia.

During the Games, the Seven Network delivered 14 hours a day of coverage on 7TWO, delivered 251,000 online streams and reached an audience of 4.4 million viewers.

“In Rio, not only did our amazing Paralympians continue to raise the bar with their athletic feats but they also demonstrated dignity and respect for the responsibility of representing our Country. We are very proud of them and we loved the way Channel 7 embraced these remarkable Australians.

“I cannot emphasise enough my thanks to everyone at the Seven Network. From the hosts, commentators and reporters, especially Johanna Griggs and Jim Wilson, to the management and staff across departments working hard behind the scenes, who together with the Australian Paralympic Team helped Australia to fall further in love with their Paralympic representatives. I look forward to seeing what the next cycle brings,” Anderson said.