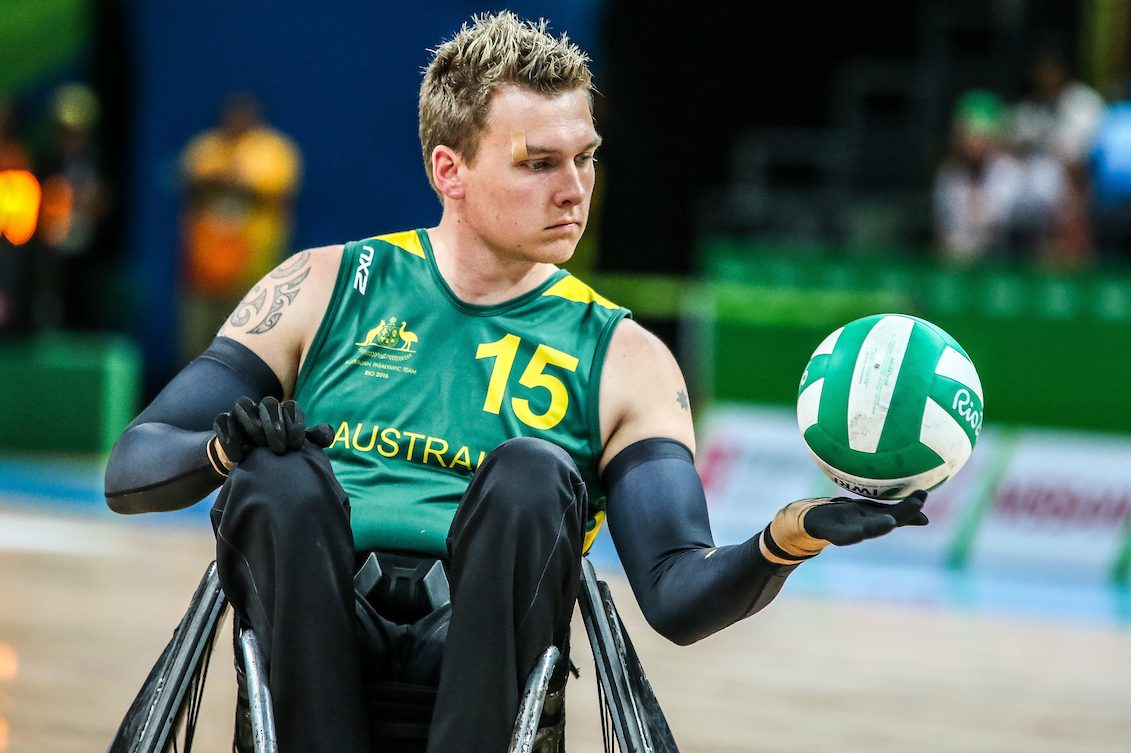 The Australian Steelers wheelchair rugby team will be led by a first-time captain in their upcoming five-match series against arch-rivals New Zealand.

Andrew ‘Harro’ Harrison has been handed the captaincy by Steelers coach Brad Dubberley – a strong show of confidence in the experienced Victorian ahead of the Ken Sowden Cup in Christchurch, New Zealand on April 7-9.

Harrison has played a central role in the Steelers’ success over the past four years, helping them to become the first wheelchair rugby team in history to win consecutive Paralympic gold medals and a world championship title in a four-year period.

But it was his performance at Australia’s recent selection camp in Melbourne which sealed Dubberley’s decision to elevate Harrison to the leadership role, impressing in both attack and defence and setting several new personal bests during individual testing.

On his decision to name Harrison as captain, Dubberley said:

“I see this as a good opportunity for Harro to take the reins in the absence of our more senior players. It’s a reward for consistently strong performances.

“He has the experience, patience and leadership skills necessary to develop our younger athletes.”

Rising stars Ben Leaudais and WA-based Jake Howe were also selected to make their international debuts, offering the chance for both players to develop their skills and learn how to succeed at an international level among an experienced core of players who have dominated the sport for nearly a decade.

Howe will become the first WA athlete since Grant Boxall in 2008 to earn Australian selection.

The Ken Sowden Cup is a five-game test series between Australia and New Zealand first contested in 2015. The Steelers defeated the Wheel Blacks 5-0, and following their gold medal-winning performance in Rio, look well-placed to defend their title.

Unable to attend the selection camp, Chris Bond, Andrew Holloway and Dan Holt were all ineligible for selection.