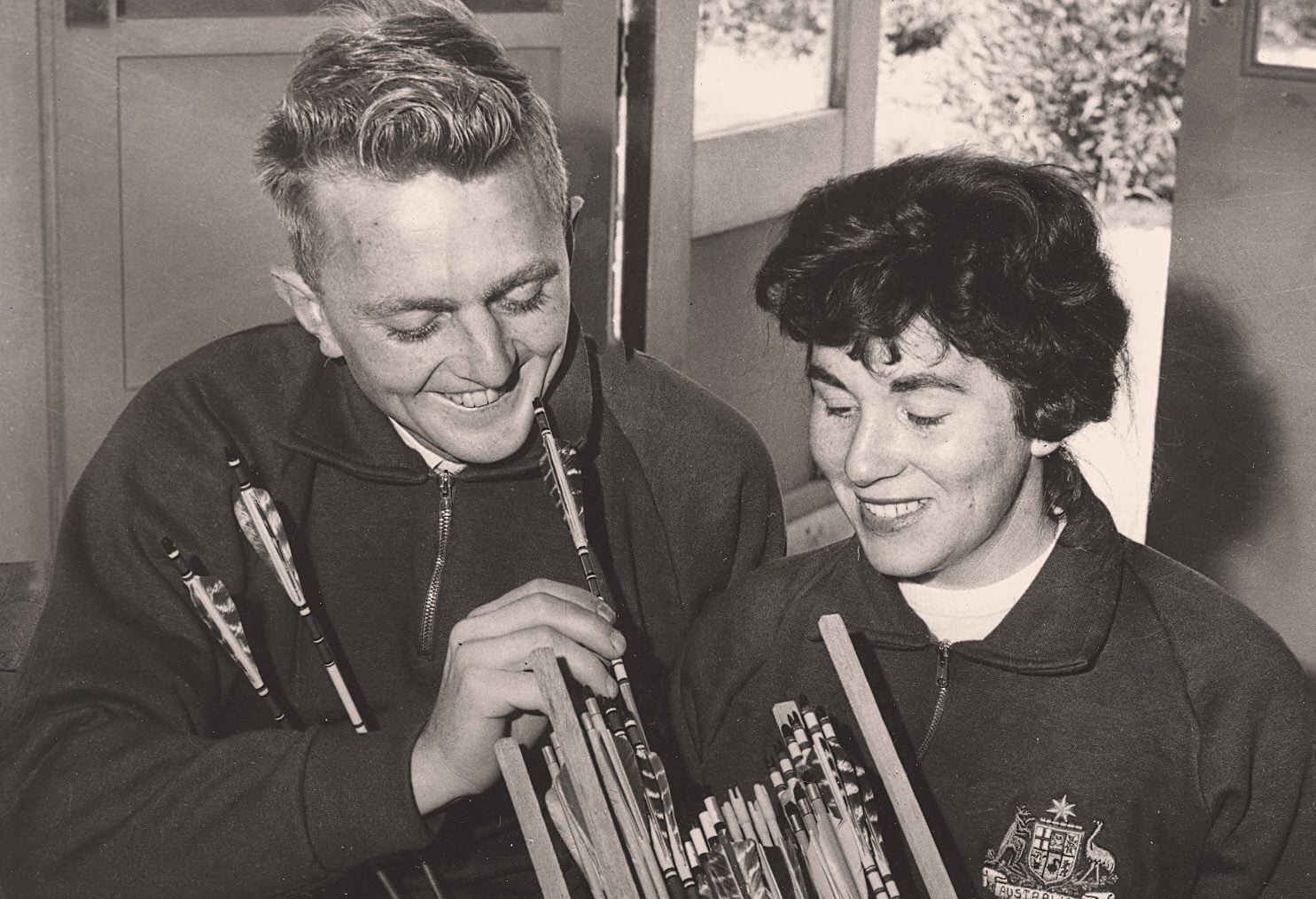 At the 2016 Australian Paralympic Team launch, 2016 Australian Team co-captain Daniela Di Toro recognised the “athletes, advocates, trailblazers, who’ve created a path for us to do what we do”.

Alongside co-captain Kurt Fearnley, she worked hard to instil in the 2016 Australian Paralympic Team an appreciation for the history of Paralympic sport in Australia and around the world.

In the April of 1958 20-year-old builder’s apprentice Ross Sutton hired an Aero Club Tiger Moth plane to deliver a love letter to his fiancée. After dropping the letter over her family’s property in Boorolong near Armidale, he realised he had forgotten to weight it and, doubling back to try to catch it in the cockpit, Sutton clipped the top of a tall gum tree and crashed into a second.

The closest telephone was over 8km away so there was some delay in calling for help, but eventually Sutton was taken to Armidale and New England Hospital where he was given little chance of surviving.

18 hours later he was flown to Royal North Shore Hospital (RNSH) in Sydney to receive treatment for a broken spine, chest and facial injuries.

Sutton was born on the 7th of January 1938 to Edward and Ivy. His mother died when he was 12 and as the eldest of five children, he helped his father to run their farm in Guyra.

He was 15 when Edward relocated the family to Armidale, where they built a set of pink and blue flats to lease, and were in the process of building a family home near Point lookout for Sutton and his fiancée when he had the accident. Their engagement was called off soon after.

Following three months of treatment at the newly established spinal unit at RNSH, Sutton was admitted to Mount Wilga, a rehabilitation facility in Hornsby specialising in spinal injuries. Immobile from the chest down, all of the residents there were forced to partake in sport as physiotherapy, so Sutton began competing in archery, basketball, dartchery, fencing, javelin, shot put, and table tennis.

In 1959 the women responsible for physiotherapy and occupational therapy in the spinal unit at RNSH developed a proposal for an annual Paraplegic Games, along the lines of the one pioneered by Dr Ludwig Guttmann at Stoke Mandeville Hospital in England. The first of these was held on Gore Hill Oval in February the following year.

These Games were used to select a team to represent New South Wales at the Australian Paraplegic Championships in Melbourne, of which Sutton was a part. A strong performance at Albert Park saw him named in a provisional team of 13 for the inaugural Rome 1960 Paralympic Games, a position he cemented competing against three other archers in monthly shoots.

“Life is what you make of it I say. Just because you are in a wheelchair, you don’t have to shut yourself away, as some other handicapped people do. I have heard that there are three or four people in wheelchairs in Armidale, and I hope to be able to show them that they can lead useful lives too,” Sutton said at the time.

A team of 12 athletes and four team officials travelled to Rome from Perth for the Games, where 400 athletes from 23 nations competed in eight sports. Accessibility for athletes in wheelchairs hadn’t been considered in village and transport planning, and athletes had to be carried up and down stairs and onto buses.

Competing in the men’s short distance archery, fourth Australian Champion Sutton won Australia’s first gold medal of the Games, the French Challenge Cup and Medal for best individual score in the Gentlemen’s St. Nicholas Round with 670. Had it not been raining on the first day of competition, he would have gone down in history as the first ever Paralympic gold medallist.

During his stay at Mount Wilga, Sutton also completed a six-year watchmaking course in two-and-a-half years at Sydney Technical College in Ultimo. It was a monumental task for social service officers to have him admitted to the course, so much so that it was then removed from the list of apprenticeships available for physically disabled people until 1973.

Despite having all but retired from sport by the time of the 1962 Commonwealth Paraplegic Games in Perth, Sutton won gold in doubles dartchery, silver in the team sabre and bronze in archery’s FITA and windsor rounds. He also teamed up with 2011 Australian Paralympic Hall of Fame inductee Frank Ponta in the table tennis team event.

Unfortunately, he passed away just months before he was due to carry the Paralympic Torch on the final day of the relay in Sydney for the 2000 Games, and Stuart ran with it on his dad’s behalf.

Sutton’s gold medal is currently on display at the National Sports Museum in Melbourne.