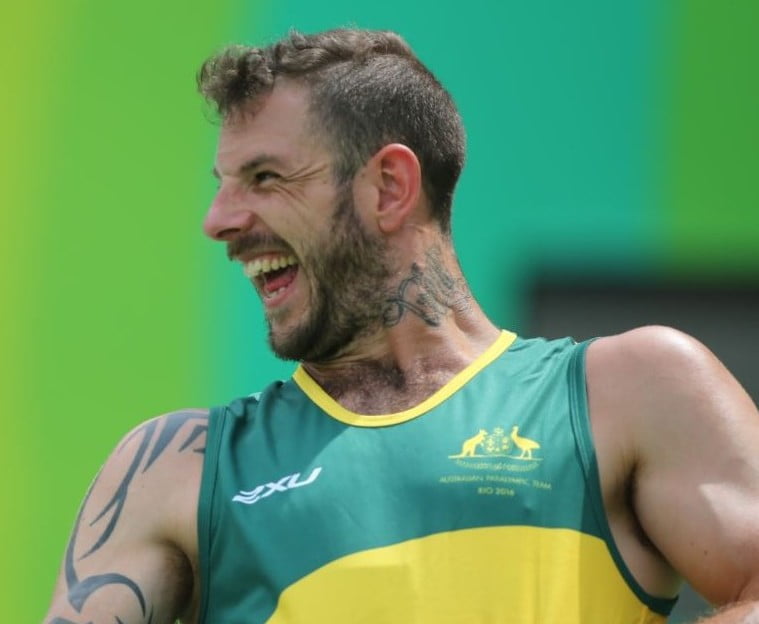 Australia’s wheelchair tennis players have enjoyed a successful first day of competition at the 2016 Rio Paralympic Games with Dylan Alcott, Ben Weekes and Heath Davidson all winning through to the next round at the Rio Tennis Centre.

As top seed, Alcott had always been expected to progress and much tougher opponents will lie in wait for the Grand Slam winner.

Alcott served at 75% in the opening set, hitting 14 winners, with just four un-forced errors. He registered a further 16 winners in the second set and completed the match with 50 points won, 30 winners and just seven un-forced errors.

Alcott’s training and doubles partner Heath Davidson was forced to work much harder for his victory, as he celebrated a Paralympic debut, with a courageously fought, 2-6 7-5 6-1 win over USA’s Bryan Barten.

A nervous Davidson was slow to start, and fell swiftly to a one set disadvantage, after losing it 2-6. A quick rest break, brought a renewed focus from Davidson, who all of a sudden, found rhythm with his groundstrokes to stay level with Barten, before breaking late, to restore parity at one set apiece.

With confidence high and a tiring opponent, Davidson finished strongly to round out the win, with a 6-1 last set, wrapped up in 2h13min.

Ben Weekes faced a re-match of his round one fixture in London, going head to head with Spaniard Francesc Tor.

Weekes, similarly had to fight it out to earn victory, but managed a straight sets win, by virtue of a 7-5 6-3 win over 1h39mins.

Weekes, who is competing at a fourth Games for Australia said it had been a tough match up, with Tor switching up his game-style in preparation for their clash.

“He came out with a strong game plan and it took me a little while to work out how to combat that – he played me a little different than he normally does, he targeted my backhand,” Weekes explained.

“Once I figured that out I kind of felt a bit more in control and could finish it off.”

Despite the nerves of an opening round at the Paralympic Games, Weekes said he was pleased that his mental approach had set up a strong first up win.

“I think I just stayed calm when it was close in the first set. We went to five-all, then I went up six-five and I had a tough game to win the set, but I managed to stay calm and just believe in myself and all the hard work that I’ve done to be here,” Weekes said.

Now safely through to the second round, Weekes says the gold medal in Rio is anyone’s to grab.

“It’s a whole different tournament the Paralympics. It’s pretty much anyone’s game, I’ve done all the hard work and I feel ready and in really good condition, so I’m really looking forward to seeing what I can do.”