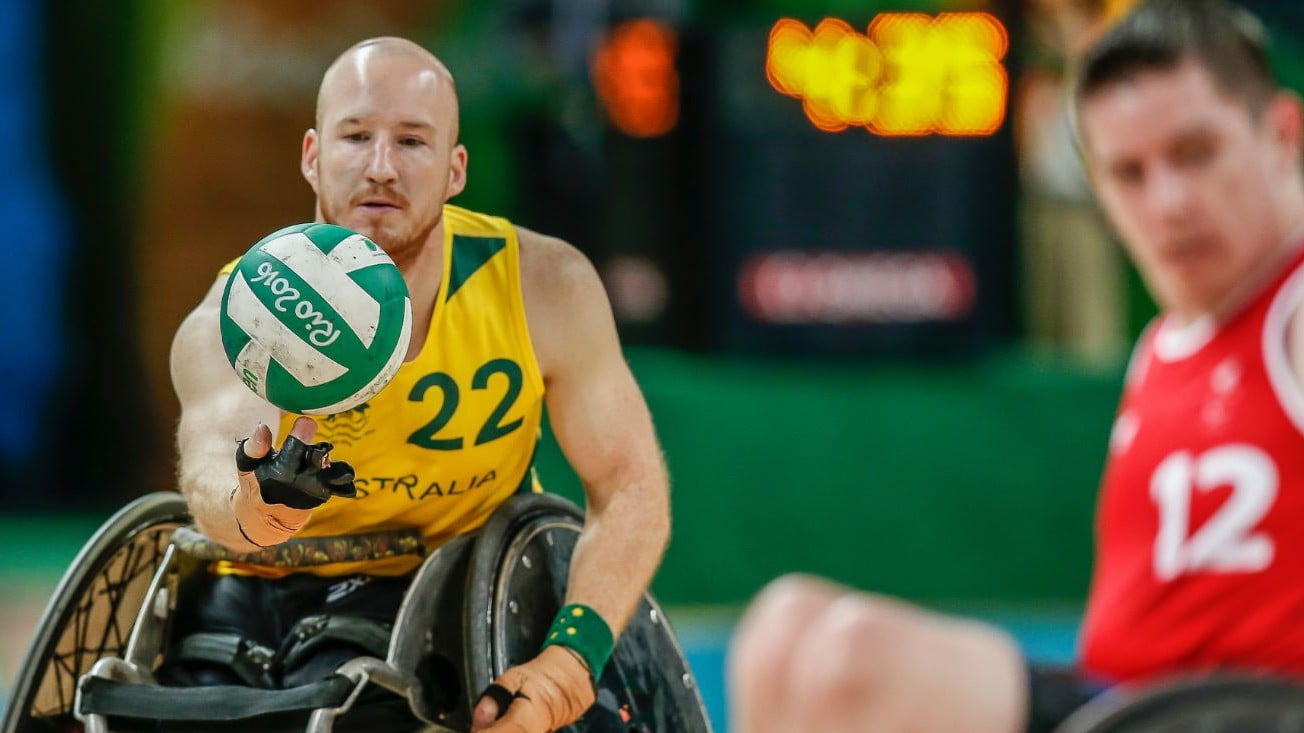 The Australian wheelchair rugby team has got its Rio 2016 Paralympic campaign off to a sensational start, with a nail-biting 53-51 win over Great Britain.

The Steelers dominated for the majority of the match, but Great Britain pushed the Aussies at every opportunity and came back time and again from being as many as six goals down.

“We performed really well but at times we just gave it back to them a little too easy,” Captain Ryan Scott said.

“It is something that we are going to need to fix up. We’ve played them a few times this year and over the last few years and we were expecting it to be really tough. Their defence is great.

It was no surprise, but we are a bit disappointed in the way we gave the ball back a bit too much.”

Andrew Harrison opened the scoring for the Steelers, before Ryley Batt and Chris Bond took control, grabbing 11 more goals between them, to end the first quarter with a 14-11 advantage.

In the second quarter, 22-year-old Jayden Warn made an impact in his Paralympic debut.

Having taken up the sport in 2012, and representing Australia for the first time a year later, Warn was named as one of the best 3.0 players in the world by the International Paralympic Committee and listed on its 2016 “Ones to Watch” list.

The Aussies held a two goal lead over Great Britain at half-time, putting pressure on for a strong second half.

Solid defence from Scott and five-time Paralympian Nazim Erdem kept the Brits at bay in the third quarter, allowing Batt to show off his scoring prowess and push the lead out to 40-36 heading into the final quarter.

Great Britain gave chase and got to within a goal with a minute left.

But Batt crossed two more times to secure the narrow win, finishing with a personal haul of 27 goals, while Bond had 19.

“It’s the Paralympic Games, not a training session – we knew it was going to be hard work,” Batt said.

“Props to GB for throwing all that they could at us, we knew it was coming. It wasn’t the best game we could have played but we would rather have that now. We needed a tough game like that, that will make us harder for the tournament to come.”

The Steelers headed into Rio ranked second in the world behind the USA, and are looking to defend their gold medal from London 2012.

“Whether we won in London or now, we just want to win regardless, no matter what tournament we play,” Scott said.

“London is in the past. It would be a great achievement to go back-to-back that’s for sure. But we’ve got guys on our team who weren’t even in London so it’s a whole new campaign.”

The Aussies next face Brazil on Thursday at 7:15pm local time.