Sailing out of Games 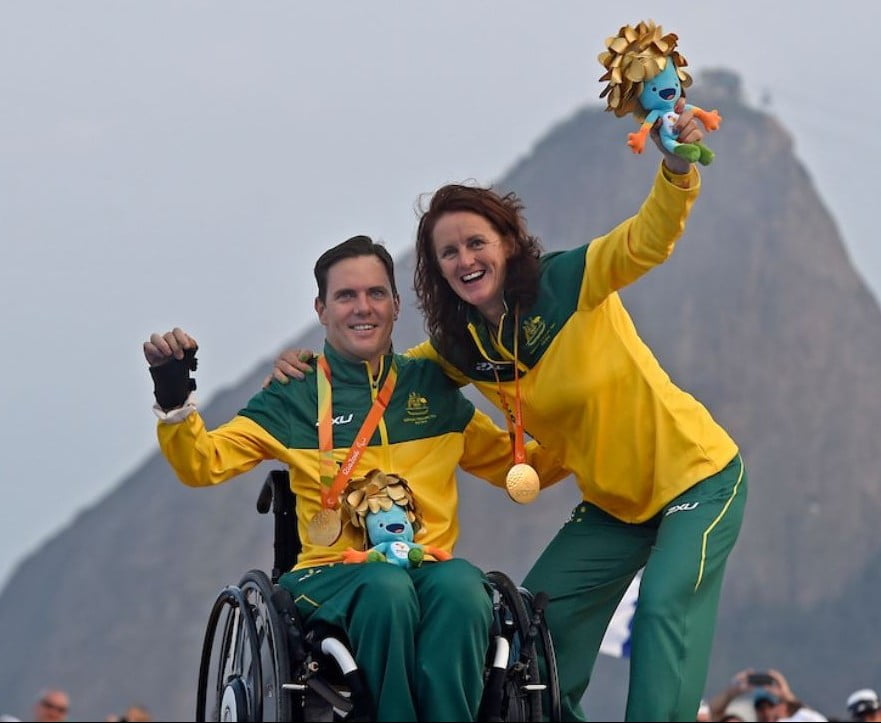 Veteran Australian Paralympian Liesl Tesch has spoken of her dismay at the removal of “possibly the most equitable and inclusive” Paralympic sport from the program for the Tokyo 2020 Games.

Australian sailing is at its peak after claiming a dominating two gold medals and one silver in the three classes, but their world-beating efforts will have to live in perpetuity after the shocking decision to evict sailing from the Games after 16 years.

“It’s absolutely devastating that we can’t even have another chance,” said Tesch, who partnered Dan Fitzgibbon for a gold medal in the SKUD18.

“But we will be working as hard as we can to increase the opportunities for sailors around the world with disabilities to be involved in the sport and hopefully return in 2024.”

Tesch described sailing as “possibly the most equitable and inclusive sports. There’s men and women sailing together and the SKUD, our boat, has brought people with really high-level disabilities like Dan competing with people like myself with really minimal disability. There’s no other sport in the Paralympics that allows that to happen. So it really is important that it gets back in for 2024.”

“There’s a whole generation of disabled people that love being out on the water because it gives them a freedom that you don’t get on the land. On the water you’re equal with other boats. To take that away, to me, is a real travesty,” Harris said.

“The Australian Sonar team won the first one in Sydney in 2000 – first and the last, it’s kind of a nice way to leave it. But it’s disappointing for all the sailors that are coming through.”

And the third member of the trio, Russell Boaden, saw the bright side.

“It means we get to keep the title!” Boaden said.

But perhaps the most telling sign of the potential impact of sailing’s Paralympic demise was spelled out by Matt Bugg, the silver medallist in the 2.4mR class. When asked what his plans were now that sailing was not on the Tokyo program, he said: “I’m not sure. I was talking to the para-kayak guys and I kind of like the look of the para-kayaks. Who knows? Maybe you’ll see me again.”