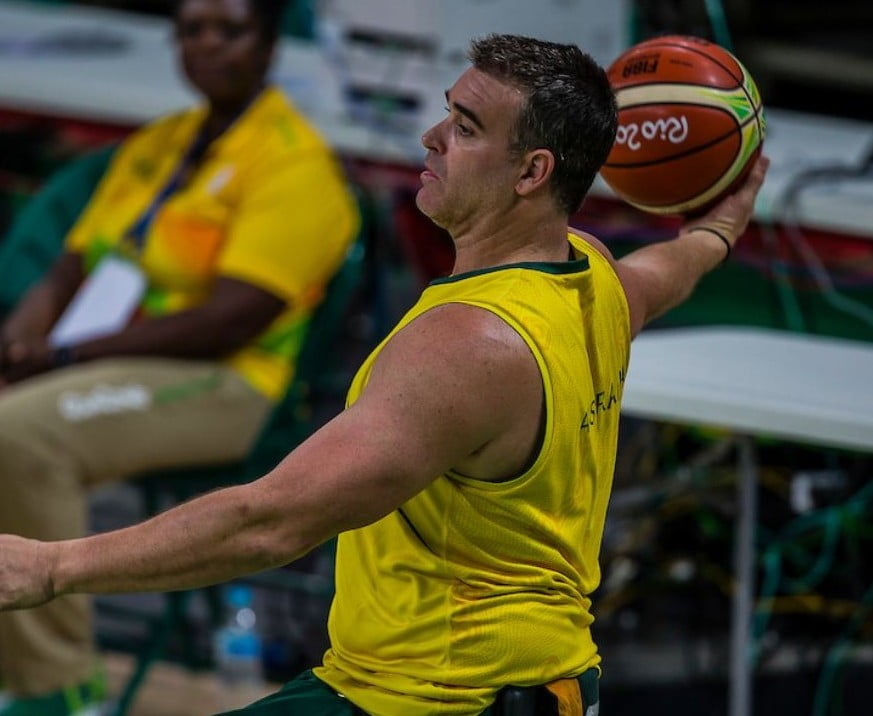 The Australian Rollers have suffered their first defeat of the Rio 2016 Paralympic Games after succumbing 75-64 to an energetic Spain outfit at the Rio Olympic Arena.

Having taken top spot in Pool A after defeating 2012 champions Canada on day three, they were brought back to earth with a shudder less than 24 hours later by Spain, with the Europeans over-coming a slow start to dominate the second term and break for half-time in the lead.

Earlier, Shaun Norris and Tristan Knowles combined with 16 points to give Australia a perfect start. The Rollers’ pressure at both ends of the court had Spain shooting at 29 per cent, while the Aussies were making every second basket at 50 per cent to claim a 21-11 quarter-time lead.

With all expectations centred on a strong Australian win, Spain showed their early win over Canada had been no fluke, forcing Australia into a string of errors, whilst improving their own shooting efficiency to steal the lead and head into the main break at 35-33.

Spain then engineered a comeback in the second half, with the twin brothers of Pablo and Alejandro Zarzuela hitting 17 points each for the match, whilst Asier Garcia supported with 15 points and a match high 11 assists.

As the match wore on, Spain’s proficiency in the paint became more telling. They executed 38 points from close range to Australia’s 22, while their bench outshone Australia’s too, racking up 24 points to the Rollers’ 12.

In typical fashion however, the Rollers fought to the death, and were well represented by Tristan Knowles – who top scored with 28 points – and Shaun Norris who returned 17 points and six assists.

Rollers coach Ben Ettridge paid respect to the Spanish opposition but said his side would take the result in context and return stronger ahead of tomorrow’s clash with Japan, before the business end of the tournament commences on day seven.

“I think Spain played a hell of a game. If anything, this was their gold medal match,” Ettridge said.

“For us it’s a process about being better every time so yeah look, our goal is to be better tomorrow.”

With Australia now needing to record a comprehensive win over Japan in the final Pool match to lock up top spot, Ettridge took a more circumspect approach, claiming that group stage fixtures would ultimately become redundant.

“It doesn’t really matter where we finish to be honest, because we’ve got to beat everyone at least once to get there (gold medal match), so that’s probably the tale of the tape right there.”

When pressed on what had escaped the Rollers in defeat, Ettridge identified their second term as significant.

“Just our defence in that second quarter was horrible really, we leaked too many points,” he said.

“We got broken in that second quarter and really let them gain the ascendency and then we were just, you know, chasing our tails from there.”