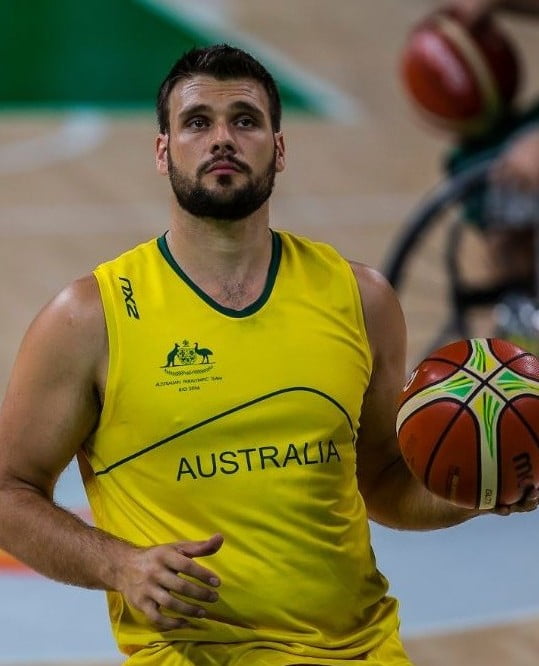 Australia has taken revenge over Canada for defeat in the London 2012 final, by posting a commanding 78-53 victory in their Rio 2016 wheelchair basketball clash today.

Tristan Knowles (23 points), Brett Stibners (19) and Shaun Norris (15) all had big days for the Rollers, who now hold a 3-0 record in Pool A, wrapping up a quarter final spot in the process.

Post-match, Norris said the result had been an important step for the Rollers over a nation that has traditionally caused Australia problems.

“They’re quite a clinical team, they know what it takes to win a gold medal, they enforce those roles and those situations and they know what to do, so they really got under our skin and rattled us a little bit and hit our chairs hard,” Norris said.

“But that’s just another test for us and it’s good that we overcame it.”

Canada’s game plan to stifle Australia’s prime-movers became obvious from the get-go, with the Canadians not contesting the tipoff and instead opting to set a defensive press.

Tristan Knowles got Australia off to a flyer, with three triples in quick succession to carry-on his strong form from the first two matches, while at the other end, Jannik Blair and Matt McShane were solid in the Rollers’ defensive structures.

Canada rallied in the second quarter however, and through a tech-foul managed to find some momentum which seemed to stymie Australia’s progress.

As Canada’s aggression increased, Australia’s fortunes reduced, with the world champions reaching half-time with a 36-28 lead, shooting at a modest 33 per cent from the field.

Whatever coach Ben Ettridge said at half-time delivered the desired results however, with Australia embarking on a dominant period saw them strike early through baskets to Norris and Knowles and cutting-off Canada’s main access to points, Nik Goncin (16 points).

With Australia boasting a 14 point, 58-44 lead at the last change, Brett Stibners found a hot hand and capitalised in full, killing the match as a contest in the process.

At one stage, he scored seven consecutive points as the Rollers seized full control to stretch out to a final 25 point margin, with matches against Spain and Japan to round out the group stage.

Rollers coach Ben Ettridge said his side had created their own problems but was pleased with the response in the second half.

“We had three offensive fouls, and three or four turnovers that were just on us, and our breakdowns, were things that we’d discussed in our scout so we addressed that at halftime, watched some video, and the start of that third quarter was phenomenal, when we made those adjustments,” he said.

Ettridge also had praise for veteran Shaun Norris, who had his best match of the campaign to date, before predicting that the four-time Paralympian had more in the tank yet.

“He’s a big time player, and you know, every step, he goes up another cog, he’s got his eyes set on that last day of competition when he’ll be at his best, Ettridge said.

For Norris, he is just glad to be adding to a Rollers team pushing for gold.

“I’m just happy to do what I can to be honest, I don’t think about, you know, points or rebounds or assists, you know. If we finish a game and we win and I’ve scored nothing then I’m happy, but you know, it’s always nice to contribute, I feel confident in my game and hopefully I can keep doing that,” he said.