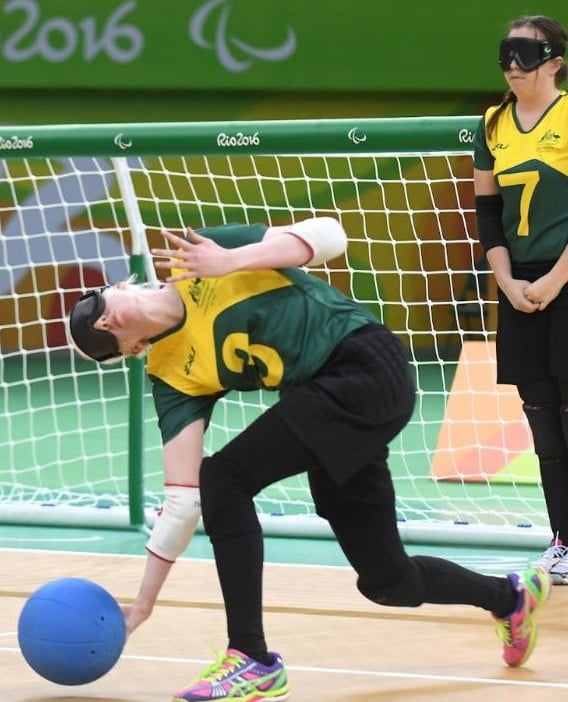 The Australian Belles have been knocked out of medal contention in women’s goalball at Rio 2016, after losing their final pool game 6-0 to Canada.

Needing at least a draw to progress to the quarter-finals, the Belles simply could not find an answer to the attacking prowess of Canadian Amy Burk, who scored all six goals.

In front of a huge crowd at Rio’s Future Arena, Burk scored two goals inside the first five minutes and three more in the final minute before half-time.

And while it was a much better defensive effort in the second half from the Belles, the five goal deficit always looked insurmountable.

Still, Australian coach Peter Corr said he couldn’t have been more proud of his players, who only earned their invitation to Rio in recent weeks after Russia was excluded from the Games.

“This group turned their lives around to represent their country and they went out there and gave it their best shot,” Corr said.

“I think we played incredibly well today, we threw just as well as they did but their defence held up better than ours.”

Another challenge for the both teams today was the large and boisterous Brazilian crowd. Goalball is played in silence so the players, who are vision-impaired, can listen to the bell in the ball and adjust their defence accordingly. With a noisy crowd, that task becomes difficult.

But Corr was pragmatic when asked about the crowd’s involvement.

“You can look at that as a negative, but we had 5,000 people in a stadium watching goalball. I’d much rather that than having a crowd of 100 and playing in perfect silence,” Corr said.

“It’s just another massive learning curve for our girls. They will come back stronger from this.”

The Belles finished the pool rounds with one draw and three losses.

But it was the entire experience of the Rio Games which will hold them in good stead for the future according to the Belles players.

“We tried to take every opportunity we had. We put in 110 per cent the whole way. The crowd here has been amazing so that has lifted our spirits. We’re only going to get better and keep growing,” said two-time Paralympian Tyan Taylor.

“As a team, I’m just really excited to be here. The level of international women’s goalball is just going up at a rapid rate. It’s a real privilege to be part of that, driving it forward,” added Nicole Esdaile, also a veteran of the London 2012 campaign.

In matches earlier in the tournament, Australia lost 12-2 Turkey, 5-2 to China and 2-2 with the Ukraine.