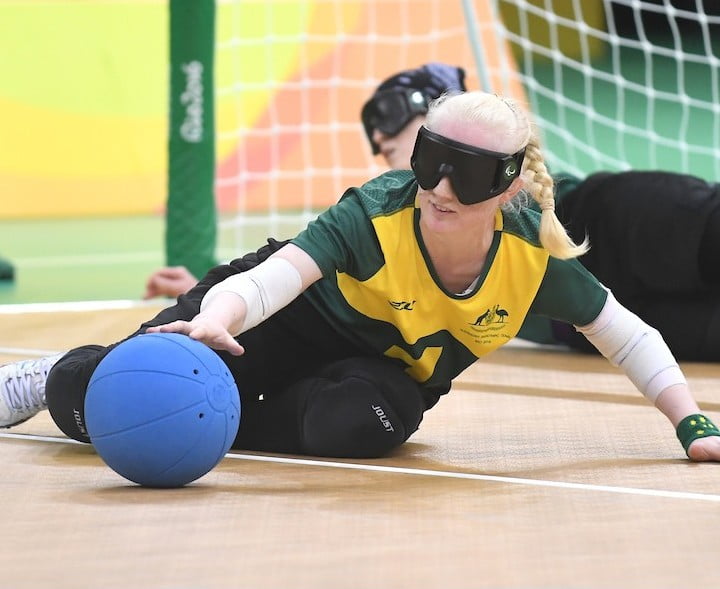 Australia’s women’s goalball team remains a chance of advancing from the group stages of the Rio 2016 Paralympic tournament despite being crushed 12-2 by Turkey at the Future Arena.

The gold medal favourite was efficient in attack and skilled in defence as it dismantled the Australian challenge.

“If there’s a team good enough to beat Turkey at this championship they’re going to be one hell of a team and I can’t see that team,” Australian coach Peter Corr said.

Australia remains in control of its destiny though with a game against Canada on Tuesday, which will determine if the green and gold advances to the quarter finals. A win should ensure a place in the final eight and even a draw could be good enough depending on other results.

Turkey jumped to a 4-0 lead inside four minutes and led 7-1 at half-time with Australia’s only goal coming from Meica Horsburgh, drawing huge applause from the crowd of more than 2000 fans.

The Turkish delight continued in the second half though as Sumeyye Ozcan saved a penalty and Nese Mercan added a goal to the tally within the first minute.

Horsburgh scored Australia’s second goal a couple of minutes later but there was still seven minutes to go on the clock when Turkey extended the lead to 10 goals and the mercy rule was instigated.

Corr acknowledged his side just wasn’t able to cope with Turkey’s skill in bouncing the ball at the Australian defenders.

“We’re playing catch-up with that,” he said.