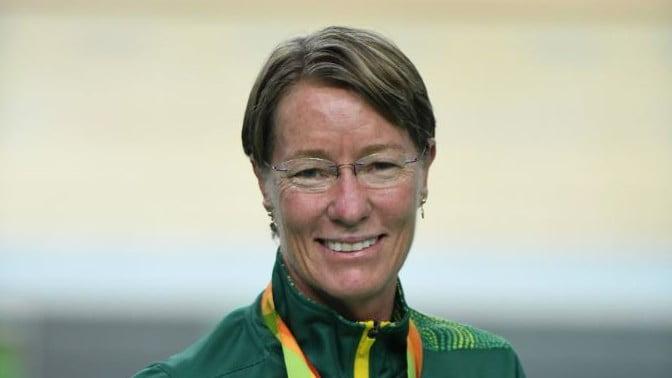 The 49 year old went into the race as the defending Paralympic Champion but reigning world champion, American army veteran Shawn Morelli, proved too strong in the final to decide the gold and silver medals.

“I was super happy, (with my) qualifying ride I couldn’t have been happier and it’s really about setting yourself up for the gold-silver ride off,” said Powell who knocked one-and-a-half seconds off her own Paralympic record in qualifying before Morelli came out and slashed almost four seconds off that time to set up a medal showdown.

“I was hoping to go a bit faster again and do a PB (personal best) and give her a crack but it didn’t quite come off,” said Powell whose final time of 4:04.794 was five seconds off Morelli’s gold medal pace. “But I gave it everything I had so can’t ask more than that.

“Shawn came out at the World Championships in Italy and she had just taken it to a new level. I knew it was going to be tough, but I have come away with a silver.”

Powell began cycling after a spinal injury sustained during a hockey match caused nerve damage that means she has feeling in her right leg below the knee. But it was nerves of a different kind that she had to deal with leading into the pursuit.

“I couldn’t even talk to my team mates last night I was so nervous,” said Powell who four years ago due to nerves had a sleepless night before the pursuit competition. “This morning I just tried to really focus so it’s almost a relief to have it over.”

Powell has signalled this might be her last Paralympic pursuit event.

“The pursuit is a strange beast, some days you’ve just got to hurt yourself and hurt yourself some more so I think I’m getting a bit old for that but I need to refocus now with more events coming up.”

Powell will contest the 500m time trial and team sprint on the track in coming days before switching to her road bike for the time trial and road race.

“(The) 500m time trial is not my target event but I’ll go out and give it a crack and I still want to come away from here with a PB,” she said adding that the road time trial is more to her liking. “If I had to pick a course that’s the sort of course I’d pick.”

Powell was quick to thank her coach Glen Doney, the ACT Academy of Sport (ACTAS), the AIS, APC and Cycling Australia .

“I also want to thank all the staff here who have been amazing,” she said. “I’ve been involved with this for nine years now and you couldn’t ask for a better support crew to help you on your way.”

It was a mixed day for the Australian cyclists today. In the C1-2-3 3000m pursuit Simone Kennedy pulled her foot as she left the start gate which under the rules is a false start declared by the race officials immediately the mishap occurs. Instead she clipped her shoe back in and rode several laps before being flagged down by her coach for a restart.

The effort told when she lined up for the restart and she failed to meet the qualifying mark.

London bronze medallist Alexandra Lisney was hoping to be on the podium with Sue Powell again in Rio but her time of 4:11.087 put her sixth on the standings and out of medal contention.

In the men’s tandem pursuit over 4000m, teams from Great Britain and the Netherlands went under the world record to secure places in the final for gold while 2014 World Champion Matt Formation and pilot Nick Yallouris were the best placed of the Australian starters with the fifth best time.

London gold medallist Kieran Modra and pilot David Edwards also suffered a fall start when Modra’s pulled his foot as the pair powered from the gate. They restarted almost immediately but could not match the pace of their rivals. They posted the sixth fastest time which put Modra’s hopes of securing his fourth straight Paralympic pursuit title.

Day two will see Jess Gallagher and pilot Madison Janssen on the start line in the B 1km time trial, the event they placed third in at the 2016 World Championships. David Nicholas will also be in action for the first time hoping to improve on his fourth place from London when he contests the C3 3000m pursuit.