Fearnley bows out with Paralympic silver 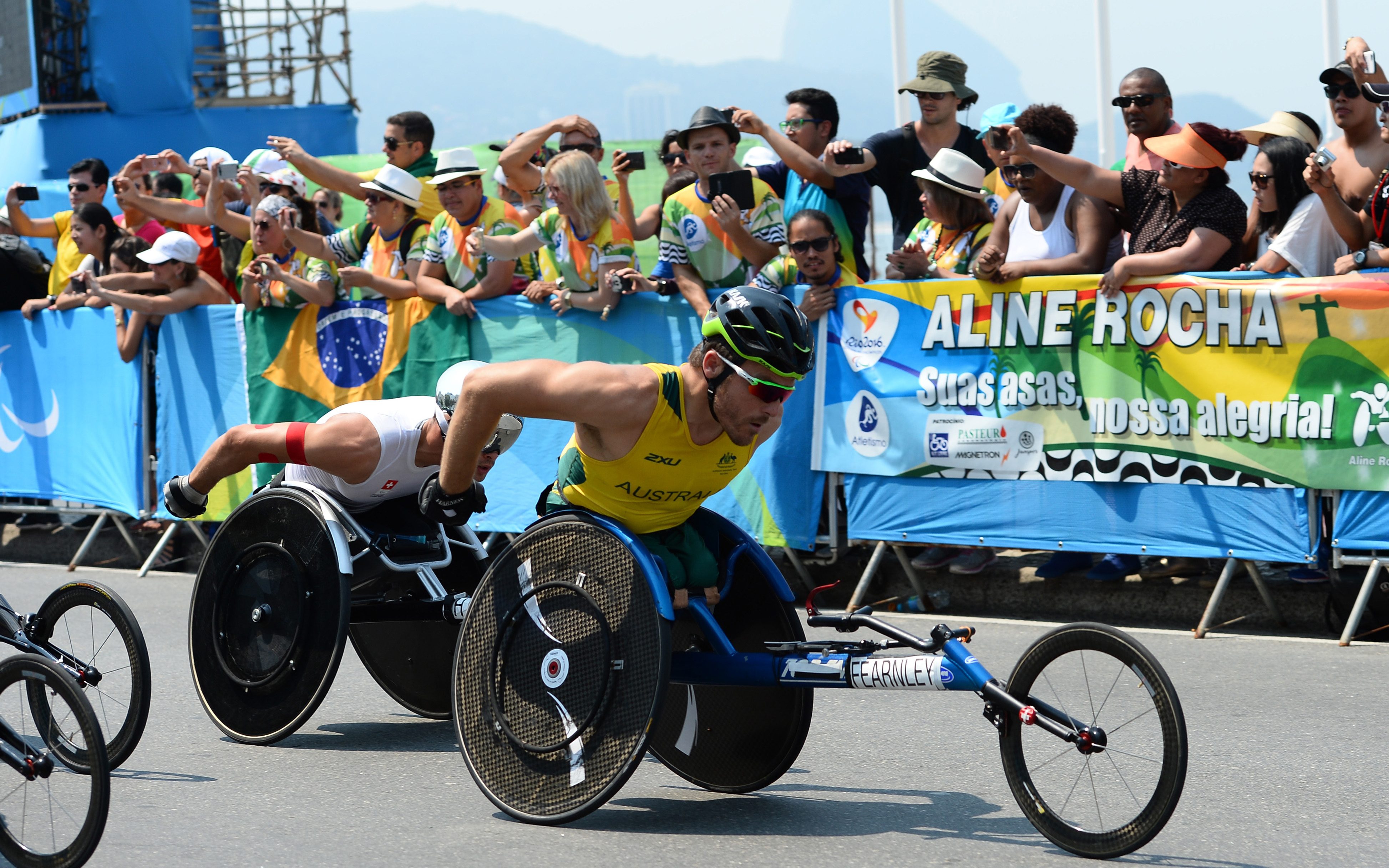 Kurt Fearnley claimed his fourth medal in his fourth consecutive Games to end his Paralympic marathon career under the burning heat and humidity of Rio de Janeiro’s Copacabana Beach.

The race had 24 on the start list but only 18 made it home in the tough conditions. One of the casualties was defending champion from London in 2012, David Weir.

He had a minor collision after the first of the five laps along the esplanade of one of Brazil’s most famous locations, and was forced to withdraw.

But the two men he beat on The Mall outside Buckingham Palace four years ago – Switzerland’s Marcel Hug (silver) and Fearnley (bronze) – moved up to the gold and silver positions today (19 September).

In the women’s event, 12 finished in the 76% humidity, and Australia’s Christie Dawes made it in ninth place behind China’s gold medallist, Zou Lihong

To be frank, the men’s event was a two-horse race. Fearnley and Hug swapped the lead between them over the 42.6km. They put two minutes on the rest of the field at the halfway mark, and beat everyone home by four minutes.

Fearnley had the lead at the 10km, 20km, 25km and 30km marks. But when it came down to the last 200m sprint to the line, Hug had that little bit more left in the tank.

“The temperature was pretty high. The whole intention today was for me to make it as uncomfortable for everyone as possible,” Fearnley said. “I wanted to make sure there was no one hiding; no possibility of someone having an easy ride right through to that finish.

“So when we [Fearnley and Hug] got a metre, without saying a word to Marcel, we put the heads down and made it five metres. We took one sneaky look back after a couple of kilometres and we had the gap we wanted.

“It was a hard run. All of them are pretty hard, but that was brutal.”

“It’s just been an amazing run these last 16 years. Thankfully I started off with a 32nd placing in the first Paralympic marathon back in Sydney. And I’m grateful for that start.

“That start gave me the next 16 years to build on. I’m as proud of that day as I am today.”

Fearnley’s wife Sheridan and two-year-old son Harry, along with other family and friends, were there on the finish line to hug him.

“His determination and his ability to see the best in any situation makes him the racer he is,” Sheridan said.

“He never discounts anyone else’s performance. He always applauds who is first on the day.”

He didn’t race the marathon at those Games. He took two silvers on the track. But he raced in the Test Event marathon in the May ahead of the September Olympics and October Paralympics unveiling.

It ignited a spark in him that will probably never be extinguished. While the Paralympics are all done, Fearnley will still race Boston, Chicago, London and New York when he can.

“First I need to go home and lie down,” Fearnley said.