Double gold and a world record to Maddison Elliott 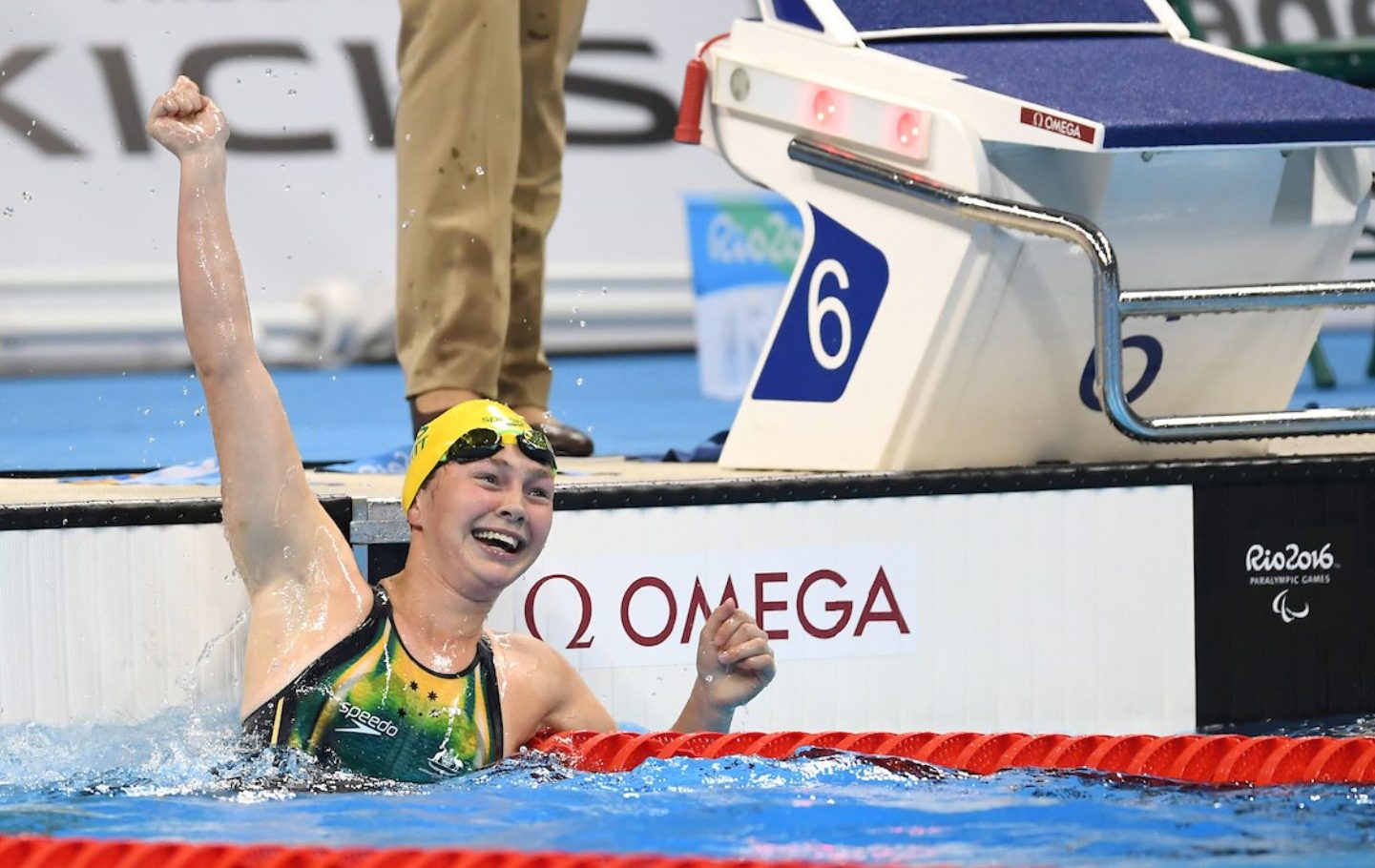 The Australian swim team has won two gold, two silver and a bronze medal on the penultimate night of Paralympic competition at the pool, to take their total medal tally to 26, including eight gold.

A gold medal to Ellie Cole in the women’s 100m backstroke S9, a gold medal and world record to Maddison Elliott in the women’s 50m freestyle S8, and silver medals in the women’s 4x100m medley 34 Points and to Lakeisha Patterson capped off a memorable night at the Rio 2016 Paralympic Games.

Cole, Elliott and Patterson joined up with Madeleine Scott to take the silver in the relay behind Great Britain, who set a new world record of 4:45.23, with Australia’s time of 4:45.85 also under the previous best world mark.

“So we are definitely heading in the right direction. We knew that relay was going to be a close one. We won by 0.03 in London [at the 2012 Paralympic Games], so we’ll definitely be back again for Tokyo 2020 [the next Paralympic Summer Games].”

Elliott’s swim in the women’s 50m freestyle S8 bettered her own world record by almost half a second, with the 17-year-old stopping the clock in 29.73, and Patterson equalling the previous world record – 30.13 – to finish with silver.

“I’m overwhelmed with emotion right now because I’m not fully comprehending at the moment,” said Elliott.

“It’s been three years that I’ve been trying to break the 30 [second mark] and to be able to break the world record as well, I’m really stoked and overwhelmed with emotion right now.

“All I wanted to do was to produce a good race, and I produced an even better race, so I’m really stoked. Nothing is going to stop me now.”

For Cole, a four-time gold medallist in London, the nine-day wait for her main event had taken its toll, and the relief and excitement exploded when she hit the wall to secure back-to-back Paralympic titles in the 100m backstroke.

“To be able to get a Paralympic record is amazing, and I guess it’s starting to pave the way for the next generation of Paralympic swimmers,” said Cole.

“In Tokyo, I’ll be 28 and on the verge of retirement, but knowing that the younger swimmers are coming through is exciting.”

Having tasted team gold in a world record-winning relay last night (16 September), Cole said that the wait for individual gold has been difficult.

“It’s day nine of competition and that can be hard for any athlete. I was watching the Olympics and listening to the swimmers saying how much of a roller coaster the emotions were, and I completely understand what they were talking about.

“I knew that I was world record holder going into that race, and I was still questioning whether I was worthy, so it’s amazing that even with the amount of psychological sports training that I’ve had, that those thoughts still come in.

“Usually the athletes that win are the ones that can put those thoughts aside and tell themselves that they will have a good crack at winning.”

An individual gold medallist in the men’s 400m freestyle s9 earlier in the week, Brenden Hall added a bronze medal to his collection of Rio souvenirs, storming home in the men’s 100m backstroke S9 to finish in a personal best time of 1:04.67, with Timothy Hodge placing seventh in 1:05.18, and Logan Powell, eight overall in 1:06.13.