Following a successful camp at Basketball Australia’s Centre of Excellence earlier this month, the Australian Rollers have named a team to tour Great Britain for the 2016 Continental Clash from July 2-5. 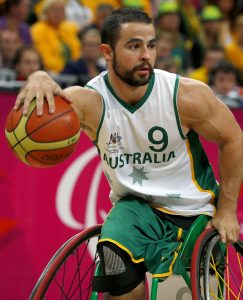 The reduced list of 14 athletes heading to Leicester will form the core of the Rollers team and from this tournament, the final team for the Rio Paralympics in September will be chosen.

The player selections for this tour were described by Rollers coach Ben Ettridge as the most difficult the coaching staff had performed in years with the entire squad playing at an exceptional level at the first camp.

“We had a great week at the Centre of Excellence,” said Ettridge.

“The boys were all in excellent shape and playing some great ball. Without doubt, the work they are doing is paying off and I am very proud of all of them.

“As far as selection goes, the boys who missed out on this tour did everything they could to push for selection and at the end of the day, we have selected the best 14 guys to take on the teams at the Continental Clash.”

The Rollers will fly to Great Britain on June 27 before they compete against Japan, USA, Netherlands and 2012 gold medallists Canada.

“The tour of Great Britain will give us the international competition we need to prepare for Rio,” said Ettridge.

Australia’s full schedule can be found below with all times AEST: