The 2016 Australian Rowing Team will take to the water this week to compete in the final World Rowing Cup of 2016. Australia has entered 12 crews, including two para-rowing crews, at World Rowing Cup 3 which runs from 17 to 19 June in Poznan, Poland. 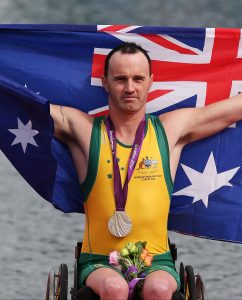 Competing for the first time this international season will be Australia’s two World Championship winning para-rowing crews. Three-time World Rowing Champion in the Arms and Shoulders Men’s Single Sculls, Erik Horrie, is entered in a field of 13 crews, which includes Great Britain’s Tom Aggar and Ukraine’s Igor Boldar, who finished second and third behind Horrie in Aiguebelette in 2014.

Kathryn Ross and Gavin Bellis will take on a smaller field in the Trunk and Arms Mixed Double Sculls, with the three-time World Champions one of nine crews entered in the event. The entries for this boat class include five of the finalists from last year’s World Rowing Championships in the event.