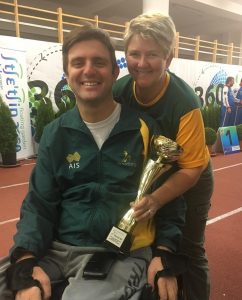 “I’m very happy with my first World Cup Gold. It was a battle until very last shot against some of the best shooters in the world,”  said Cain immediately after his win. “Now I’m looking forward to final preparation for Rio and this Gold will definitely help to me get ready for the big one!”

Natalie Smith came close to a Gold of her own in a hard-fought battle against Veronika Vadovicova of the Slovak Republic, losing by 2.9 to take Silver in the final of the R2 10m Air Rifle Standing Women SH1.