A relatively inexperienced Australian Gliders team has finished in third place at the 2016 Osaka Cup, defeating Japan in the bronze-medal playoff game. 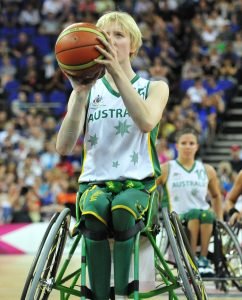 The Gliders played three round robin matches against Germany, Great Britain and Japan and despite two losses to begin the tournament, a victory against Japan set up a re-match in the third-placed playoff.

Against Great Britain, Australia were pitted against a team that had been together for over five years and after a slow start, they were able to force the opposition into a number of turnovers and cut the deficit to nine at quarter-time.

Disaster struck in the second term though when the Gliders’ leading scorer from their Germany game, Amber Merritt, went off the court with an injury. This forced coach Tom Kyle to turn to debutants Alice Hammond and Isabel Martin who put on an exceptional display as Great Britain only managed to extend their lead by six across the second and third terms.

The margin proved too great to overcome though and although Australia pegged it back to ten in the final quarter, Great Britain prevailed 54-34.

In their third game of the round robin, Merritt returned to face Japan and the Gliders jumped out to an early lead. Despite a height advantage, Australia were unable to get off the leash as the Japanese played a full-court press to tie the match at half-time and when they started the third term with a 6-0 run, Kyle turned to his bench once again.

The response came and Japan was able to score just eight more points for the period as the Gliders moved back ahead by four. The final quarter was an arm-wrestle but clutch baskets from Sarah Stewart and a strong performance from the bench carried the Aussies over the line, 53-51.

The re-match against Japan for bronze proved just as thrilling with the Gliders taking a six-point margin into the main break.

With the lead see-sawing through the third term, Leanne Del Toso and Stewart took it upon themselves to wrestle the ascendancy and their effort resulted in an 18-8 run to finish the quarter. From there, Japan made one last attack, trimming the margin to a one-possesion game but Australia had done enough to secure a 52-50 victory and a bronze medal.

Across the tournament, Merritt led the way on the scoreboard with an average of 17.3 points while Del Toso reached double-figures against Great Britain and in the third-placed playoff. Stewart proved her leadership qualities once again with 7.5 points a game while Ella Sabljak and Georgia Munro-Cook were consistent performers.