The City of Sydney provides boost to 2016 Paralympians

The City of Sydney is proud to be supporting and providing more than $100,000 in funding for our Paralympic and Olympic teams competing at the 2016 games in Rio de Janiero. 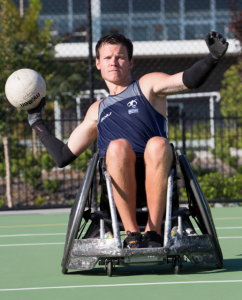 The Australian Paralympic team will receive $60,000 in cash sponsorship from the City, which will also host the team’s uniform launch, a farewell event and welcome home reception. The City will also help promote the team with team-member profile stories and meet-and-greet opportunities with the community.

The City will donate $30,000 to the Australian Olympic team for the Prime Minister’s 9th Olympic Dinner in Melbourne and $12,000 for travel and accommodation.

“Competing at the Rio Paralympic Games is my ultimate sporting goal and there would no better feeling than wearing the green and gold while also knowing you are representing your local community in front of a global audience. I’m a proud Sydney resident and I hope I can do my community proud against the best in the world this year,” Andrew says.

Australian Paralympic Committee Chief Executive Lynne Anderson said: “We are grateful that the City of Sydney is providing this level of support, which we know will make a positive and meaningful impact on our preparations for Rio.”

Over 500 Australian athletes will compete in the 2016 Olympics from 5–21 August and the Paralympics from 7–18 September.

By the City of Sydney