The Australian Rollers have won their second consecutive game, defeating Iran 83-56 to improve their chances of finishing atop their pool.

Iran were not lacking in power and size in their front-court but Australia came ready to play at the defensive end while their transition game allowed them to open up an eight-point advantage at quarter-time. 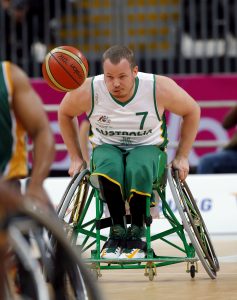 After that strong opening by their starters, Brad Ness (a team-high 16 points) and Shawn Russell immediately had an impact off the bench to keep the scoreboard ticking over with Russell collecting 14 points and four rebounds without missing a field goal.

A 14-point lead at half-time was then extended to a match-winning 21-point margin by the final change as Shaun Norris saw his first court-time for the tournament after missing the first clash through injury.

A strong spread of scorers was pleasing to coach Ben Ettridge as Brett Stibners (14 points) and Bill Latham (12 points at 100% shooting) reached double-figures while Tristan Knowles went close to a triple-double with 12 points, six rebounds and ten assists.

The Rollers will next face Saudi Arabia at 4pm AEDT today.