Australia’s Paralympians will receive a boost for their journey to Rio 2016 under a partnership proudly announced today between oOh!media, Qantas and the Australian Paralympic Committee (APC). 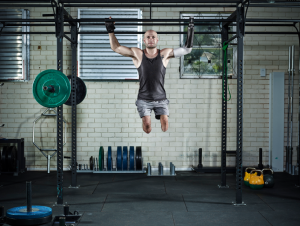 Leading Out Of Home advertising company oOh!, has pledged $1 million worth of world class advertising assets to allow the APC to call for public donations for its Australian Paralympic Team. The ad campaign, created by the APC, will feature throughout 11 airport terminals as well as 17 Qantas Clubs, Business and Chairman Lounges nationally, where oOh! exclusively manages the advertising.

oOh! will also donate up to 5% from every oOh! Fly advertising package booked into the first half of 2016 in addition to public donations generated from the national media campaign.

Qantas’ business rewards program, Aquire, has generously donated two million points to be credited to clients in the form of three major prizes, as thanks for supporting the Paralympians’ quest to the Rio Games.

Approximately 170 athletes are expected to qualify for the Rio Paralympics held in September 2016, however public support is vital to reach the funding target required to get each athlete to the Games.

oOh! CEO Brendon Cook said: “The stories of Australia’s Paralympic athletes are inspiring and our “Road to Rio” initiative is aimed at helping these determined and courageous athletes achieve their dreams.

“It’s an opportunity for major advertisers and the entire media industry to rally together and support the Australian Paralympic Team, one of the nation’s most important sporting teams, to get to Rio next year.”

“As Australia’s national carrier and Official Airline of Australia’s Paralympic Team we are really pleased to be involved in this campaign and champion our athletes who truly reflect the spirit of Australia.

We encourage other organisations to support this initiative so that together we can help these inspiring individuals get to Rio and achieve their dreams.”

“The work we do at the Australian Paralympic Committee helps shape community attitudes towards disability and helps Australians with a disability to participate in sport to the level of their choice. Our work with partners such as oOh! and Qantas is central to delivering our Team to the Games and with their belief in Australia’s Paralympic athletes, together we can continue changing lives through the power of sport,” she said.

Paralympic gold medallist Tristan Knowles said: “Support from oOh! and Qantas along with the donations from the general public make a huge difference. Without them, we wouldn’t have the opportunity to compete at the highest level possible.”

The Road to Rio initiative will run from November through to the end of February, with all airport media bookings over $50,000 in the first half of 2016 qualifying for the Paralympic donation.