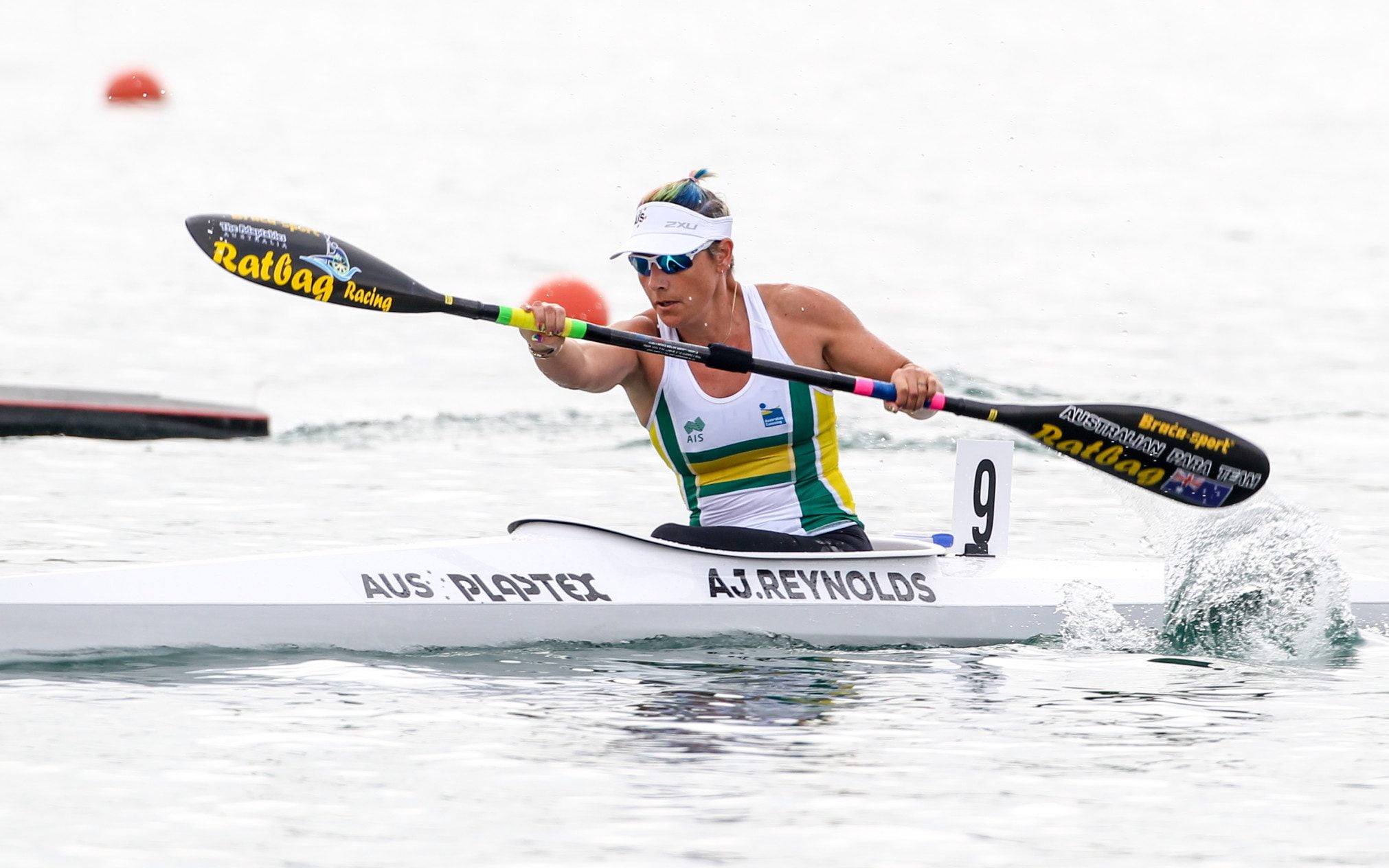 Three years after making the tough decision to have her leg amputated below the knee, Victoria’s Amanda Reynolds is a world champion Para-canoeist.

The 43-year-old snatched the gold medal in the women’s kayak KL3 final in Milan, Italy, overnight, and in doing so, booked Australia another boat at next year’s Rio 2016 Paralympic Games.

Former soldier Curtis McGrath also qualified a boat for next year by winning silver in the men’s kayak KL2 final.

And just over an hour later, he successfully defended his world title in the non-Paralympic event, the men’s va’a VL2.

In 2012, after 20 years battling pain and addiction to painkillers following a knee injury, she decided to have her right leg amputated at the knee.

The following year, she was invited to take up canoeing, and 12 months ago, she won World Championships bronze at her first major international event.

Overnight (21 August), she converted that bronze to a gold medal, finishing just 0.02 seconds ahead of Great Britain’s Anne Dickens.

“Initially, I had a bit of a slow start, so we’ve got more to work on,” Reynolds said.

“I had to pull my way through the field and not take too much notice of the boats around me.

Austria’s Markus Swoboda had not lost a race for five years until McGrath pipped him in Wednesday’s KL2 heat.

But 24 hours later, Swoboda got his revenge, relegating McGrath to silver in a hard-fought final.

“I’m pretty satisfied,” McGrath said. “Coming here and getting the spot for Australia in the Paralympics, that was the goal, and we got a medal.

“I didn’t have the best start, but I rectified mistakes from yesterday, but made new mistakes. You can’t always be perfect.”

McGrath only began paddling in the kayak in March, after the International Canoe Federation announced the VL2 class would not be contested at the Paralympics.

“This is a whole new ball game for me, the boats are a lot faster, so I had to learn pretty quick,” he said.

“It started in March, getting selected in the team and finishing on the podium, so it’s all been a bit of a snowball effect.”