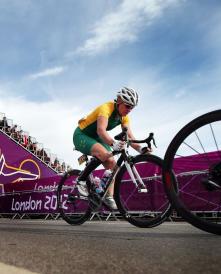 Cycling Australia is pleased to announce the Australian team that will contest the UCI Para-cycling Road World Championships in Nottwil, Switzerland, 29 July – 2 August 2015.

Team Australia finished with eight medals – including for world titles – at the 2014 UCI Para Road World Championships held in Canada.

A number of team members will contest the New Zealand Para-Cycling Open (UCI Cat 1) this weekend (May 2-3), before two months of domestic based preparation ahead of their departure for the World Championships in mid-July.

About the Championships
•    The 2015 UCI Para-cycling Track World Championships will be held in Nottwil, Switzerland, 29 July – 2 August 2015.
•    The Championships will feature road races and time trials across a number of classifications – bicycles, tandems, tri-cycles and hand-cycles in men and women’s categories.
•    Official website > http://www.wm-paracycling2015.ch/