Badminton to feature at 2020 Paralympic Games 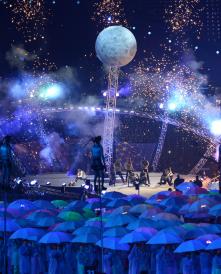 Para-badminton will feature at the Paralympic Games for the first time in 2020, a decision which has been welcomed by the Australian Paralympic Committee (APC).

At a meeting in Berlin, Germany on Tuesday, the International Paralympic Committee (IPC) announced the first 16 sports to be included in the Tokyo 2020 Paralympic Games sports program. Para-badminton was the only new sport confirmed.

A maximum of 23 Para-sports can be included in the Tokyo 2020 program. A final decision on the remaining seven sports has been deferred until January 2015.

The APC’s Para-sport General Manager Michael Hartung said the new inclusion of Para-badminton signals the start of a new era for the sport in Australia.

“It is going to be an exciting challenge to grow the sport and build the number of world-class Australian players and coaches,” Hartung said.

“The immediate challenge surrounds gaining the necessary funding to boost the program, which Badminton Australia and the Australian Sports Commission will need to work through.

“Para-badminton is a burgeoning sport which now has an opportunity to showcase itself at one of the biggest sporting events in the world.

“And given Australia’s close proximity to Asia which has some of the best badminton nations in the world, hopefully our Para-badminton players and coaches will be exposed to more elite competition  opportunities with a eye on competing in Tokyo in six years time.”

The eight sports that the IPC Governing Board will make a final decision upon when it next meets in Abu Dhabi, UAE, between 30 January and 1 February 2015, are: canoe, cycling, football 5-a-side, football 7-a-side, judo, taekwondo, sailing and wheelchair fencing.