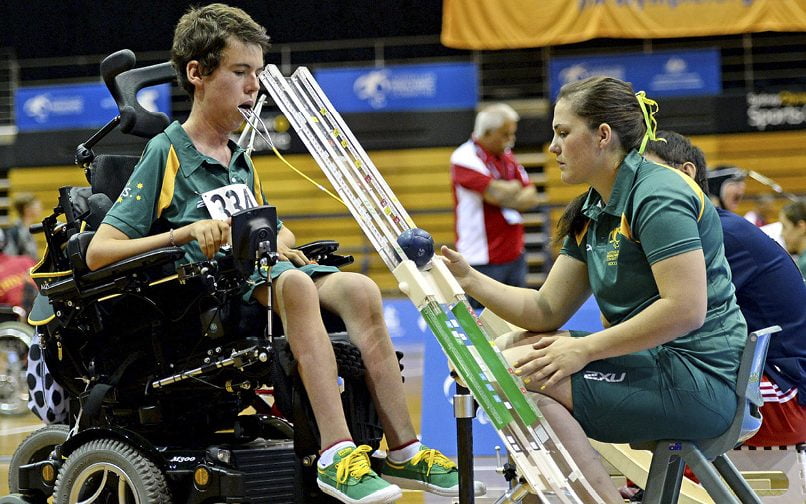 Michel, who will be competing at his first BISFed Boccia World Championships in September, was the best performed athlete for Australia, having won a silver medal in the pairs competition with teammate Spencer Cotie the day before.

Meanwhile Jamieson recorded a fourth place finish in the singles competition, which coaches believe is an impressive result for her first international tournament.

Fellow BC3 player Cotie and BC4 player Jean-Paul La Fontaine were unable to make it past the pool rounds of competition.

The bronze medal and fourth place are encouraging results for Australia’s boccia program, with no Australian athletes moving past the pool rounds at the tournament in 2013. Twelve months on, the team leaves Hong Kong with two silver and two bronze medals.

The team will now return to Australia, with Michel and Jason Mayweather set to prepare for their World Championship campaign, and the Targeting Tokyo squad due for their first training camp.