A star is born and a mate is remembered 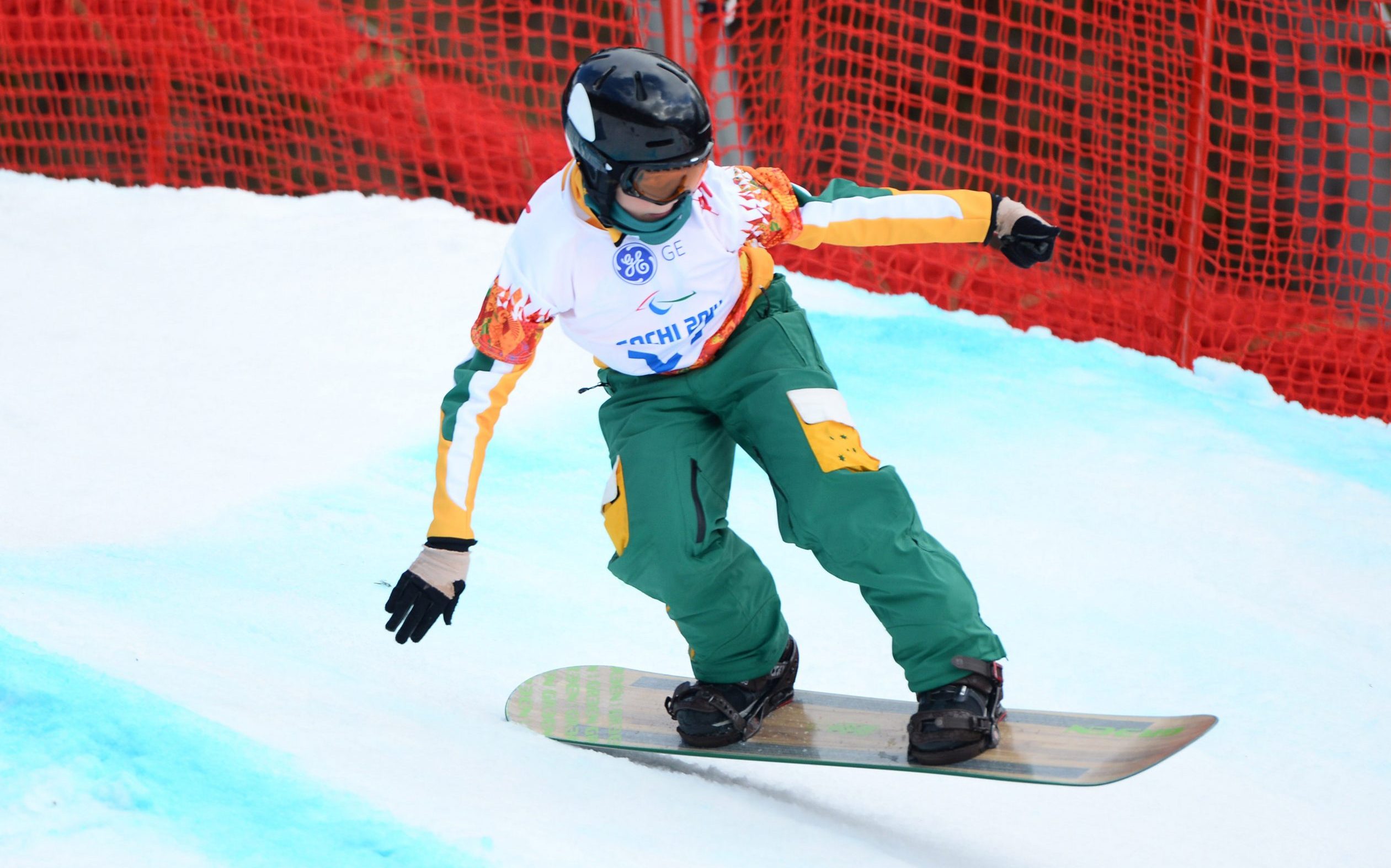 “Little Benny Tudhope is a star of the future.”

Those were the words of Australian snowboarder Trent Milton about his young teammate Ben Tudhope, who dazzled everyone on the slopes of the Rosa Khutor Alpine Centre in Sochi, Russia, today (14 March).

Not only was it the debut for Para-snowboard on the Paralympic program at a Winter Games, but Tudhope is also the youngest competitor of the 550 from 45 countries competing in Sochi.

“A successful day for us. Little Benny had a great result today, so Australian snowboarding is in great hands,” said Milton, who snowboarded before his accident.

“But in Benny, you’re looking at a star of the future – and I gave him a hug at the end and told him so.”

Tudhope, who has cerebral palsy affecting his speech and movement down the left side of his body, blushed when told of what Milton had said.

“Trent has been so good to me, encouraging me, supporting me,” Tudhope said. “He also is a star.”

The competition was held in sunshine before a packed grandstand of 7,500.

“The crowds,” Tudhope said, when asked to name the best thing about his Games experience. “At every World Cup, we’ve just had a few parents at the bottom, but here, we’ve had so many people cheering you on.”

Tudhope’s parents, Melissa and Andrew, had flown from Sydney to watch their teenage son take on the world in Russia.

Amid all the excitement, there were some underlying emotions.

Australia was due to have a third competitor in the snowboard – Joany Badenhorst in the women’s event. But the 19-year-old crashed awkwardly during a pre-race inspection and dislocated her left kneecap.

She lost the lower part of her left leg in a farming accident when she was 10 years old on her parents’ property in South Africa.

Today, she was taken to the Rosa Khutor hospital by ambulance. The joint was put back in place, but further scans are needed to determine the exact damage.

It is the second member of the Australian Team forced to withdraw from their event due to injury. The first was flag-bearer Cameron Rahles-Rahbula, who fractured his shin bone in downhill training two days before the Games started on 7 March.

Alongside the last-minute upset with Badenhorst, the Australian Team and about 40 riders from other countries gathered at the top of the hill under a sign which read: ‘We Ride For Matty’.

It was in memory of  Matthew Robinson, who died four weeks ago as a result of serious head and neck injuries he suffered during the 2013-2014 International Paralympic Committee (IPC) Snowboard World Cup Finals in Spain.

“We put a sign on our wax shed [the pre-race preparation area], and it was just all for him,” Tudhope said.

“Being so young at the Games, it’s a really amazing experience. I kept on going. Matty Robinson was a big encouragement for me. He just lifted my game a lot.”

Winners of the first three medals awarded for Paralympic snowboard were Evan Strong (USA), Mike Shea (USA) and Keith Gabel (USA), to give the Americans their first clean sweep of the Games. They were also good friends with Robinson.

“It was definitely tough to be riding today, especially knowing what happened last month,” Shea said.

“It’s very emotional talking about him because it is just so close. He’s there in spirit with me, guiding me, and I’m happy that he was one of my good friends.”

The history-making day brought the IPC’s President, Sir Philip Craven, to the mountainside to present the flowers to the winners. Their medals will be awarded at the Rosa Khutor Plaza down in the Caucasus Mountains village tonight.

Milton is proud to be a part of that history.

“There’s an old man now with a photo on the wall,” he joked.

“The main thing for me was that it was almost three years to the day since my accident, so it was kind of a big hurdle for me mentally.

“But I’ve been blown away by the hype, the noise, the crowds. I think Sochi has put on a perfect event.

“I’ve been so focussed on getting here that I truly haven’t been able to absorb it that much. Tonight and the next couple of days, I will take it in more than anything else.

“I think the Games are fantastic and have been put on brilliantly. The Russians have been so accommodating, so friendly, so positive.

“They’ve done great with the track. Some people have complained about the snow, but why? We still have snow and we were able to have a race.

“So it’s been a positive day, and the Paralympics have been such a positive experience in my life.”