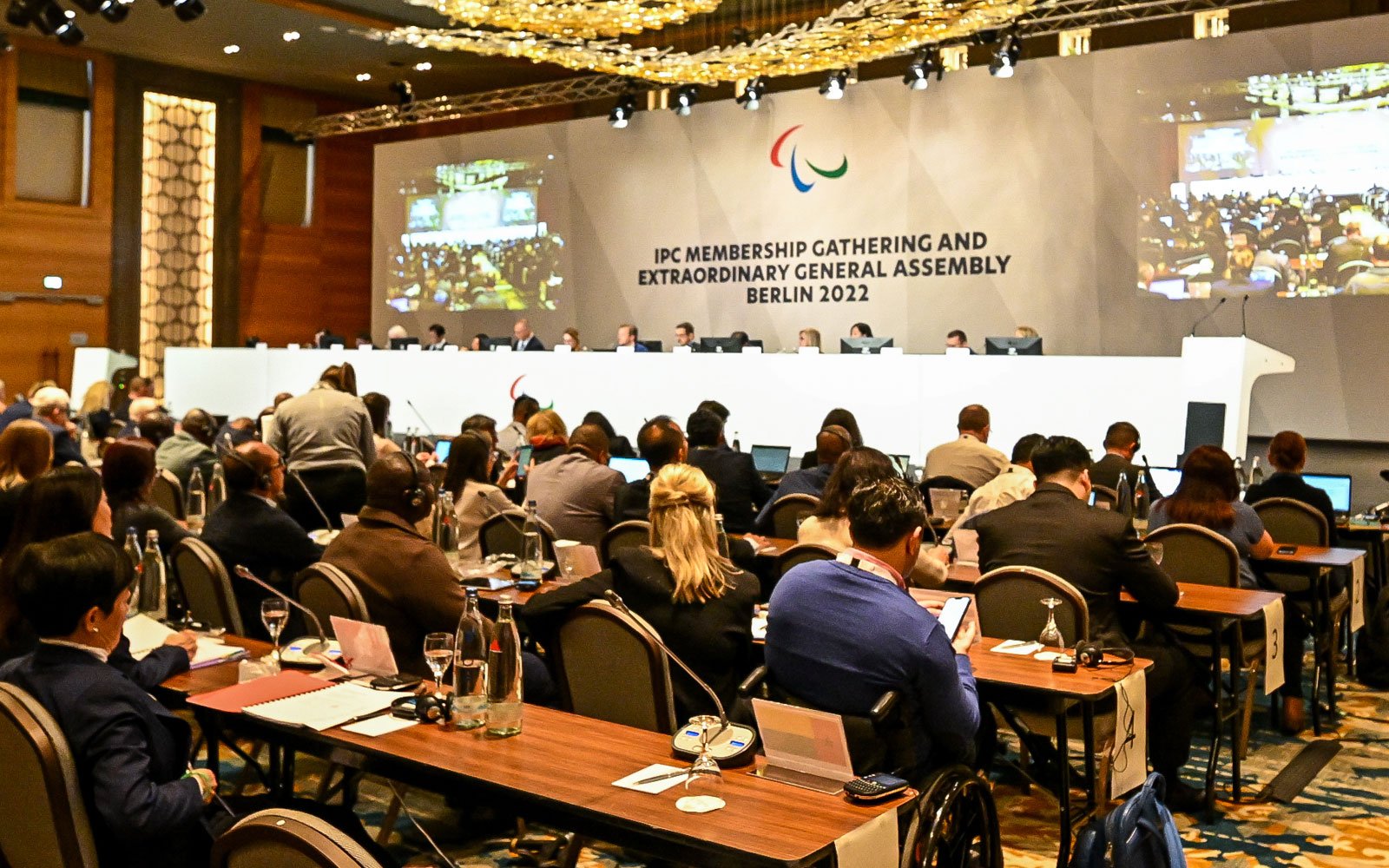 The decision by IPC members to suspend NPC Russia and NPC Belarus stems from their inability to comply with their membership obligations under the IPC Constitution. This includes the obligations to ‘ensure that, in Para sport within the Paralympic Movement, the spirit of fair play prevails, the safety and health of the athletes are protected, and fundamental ethical principles are upheld’ and ‘not to do anything (by act or omission) that is contrary to the purpose or objects of the IPC and/or that risks bringing the IPC, the Paralympic Movement, or Para sport into disrepute’.

Andrew Parsons, IPC President, said: “As a democratic, membership-based organisation, it was important to allow the General Assembly, as the supreme body of the IPC, to take a decision on this important matter.

“Before votes were taken on the respective motions, IPC members had the opportunity to express their views. This included hearing from the NPCs of Russia and Belarus who, under German Law which governs our Constitution, had the right to attend, speak, and present their case to the Extraordinary General Assembly. Ultimately, our membership has decided to suspend both NPCs with immediate effect, until further notice.

“As IPC President, I want us to live in a world where sport unites the world in peaceful competition, enabling athletes to compete against their rivals to the best of their abilities in a safe and secure environment.

“The situation that the world of sport faces right now is highly charged and complex. I hope and pray that the conflict in Ukraine ends as soon as possible, that peace is secured, and that no more innocent lives are lost or impacted.”

Due to their suspension, NPC Russia and NPC Belarus lose all rights and privileges of IPC membership, in accordance with the IPC Constitution.

Both NPC Russia and NPC Belarus now have the right to appeal the decision. Should any appeal not be upheld then only the General Assembly can revoke the suspension. The next IPC General Assembly is due to take place in the final quarter of 2023 at a venue yet to be confirmed.

The Extraordinary General Assembly also approved a motion amending the IPC Constitution to allow the IPC Governing Board to impose protective measures if there is an extraordinary event that risks compromising the safety, viability, integrity, and/or fairness of the Paralympic Games, any other Para sport competition sanctioned or authorised by the IPC, or any other IPC activities.