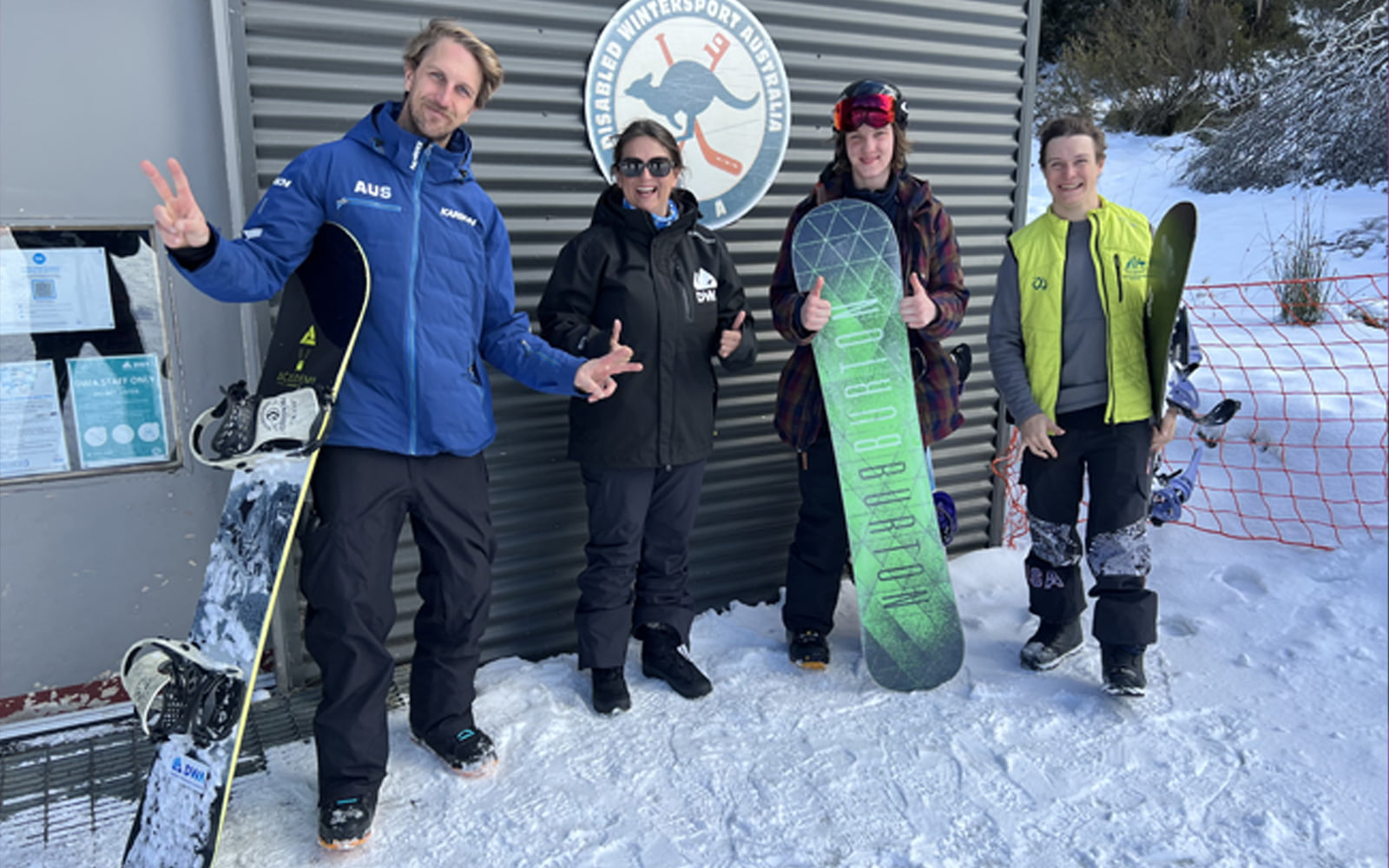 The recipient of the 2022 Matthew Robinson Scholarship plans to use the grant to buy his own snowboard, get to more training camps and “fix up my leg a bit”.

Promising Victorian youngster Ethan Rae said he was grateful to Disabled Wintersport Australia, Paralympics Australia and the Robinson family for providing the annual scholarship, which is designed to help emerging Para-athletes meet some of the expenses associated with competing in winter sports.

It is in recognition of the legacy of the pioneering snowboarder who tragically died in 2014 due to complications after a crash while competing at a Para-Snowboard World Cup in Spain.

“I’m going to use the money to get some good gear and equipment because I’ve been riding around on rental boards and they’re really not great,” said Rae, a former national level junior swimmer who has been a below-knee amputee since he was a baby.

“I also want to use some money to fix up my leg a bit. Yesterday I was riding and it actually came apart, which was not ideal. So it’s really just using the scholarship to generally improve my equipment and hopefully it helps me get to some more camps and gets me more snow time as well.”

Eventually, Rae said, he wanted to get classified so he could compete at events and pursue his goal of competing at the Paralympics in slalom snowboarding.

“The stories I’ve heard about Matty are that he was not only a world-class athlete, but also a very popular and respected member of the Australian wintersport fraternity,” Clark said.

“In the years since Matty passed away, Paralympics Australia has been honoured to stay in contact with the Robinson family and it’s been a privilege to partner with them and Disabled Wintersport Australia to provide this grant to rising stars in the sport Matty loved so much.

“Congratulations to Ethan for being this year’s recipient. I look forward to following Ethan’s progress as he pursues his snowboarding passion.”

Disabled Wintersport Australia Chief Executive Jenni Cole said: “It’s wonderful to be able to honour Matty’s memory with this scholarship. It’s a well-deserved opportunity for Ethan to progress his snowboarding skills and it was inspirational to see Ethan being mentored this week by Ben Tudhope who, in turn, was previously mentored by Matty Robinson.”

Rae’s link with Beijing 2022 snowboarding bronze medallist Tudhope took off this week at a camp also named after Robinson. It was a golden opportunity for Tudhope to teach Rae a little about his late friend’s philosophy and influence.

“Ben was explaining a lot of stuff to me about Matty and what sort of a competitor he was,” Rae said of Robinson who had been leading the IPC World Cup snowboard ranking at the time of his crash, but couldn’t compete at the Paralympics as his classification wasn’t included.

“Ben was mentored by Matty, he was saying. It was just really cool to hear what Matty did and also listen to Ben’s story.

“Matty was a real trailblazer and I’d love to be even remotely close to how he was.”