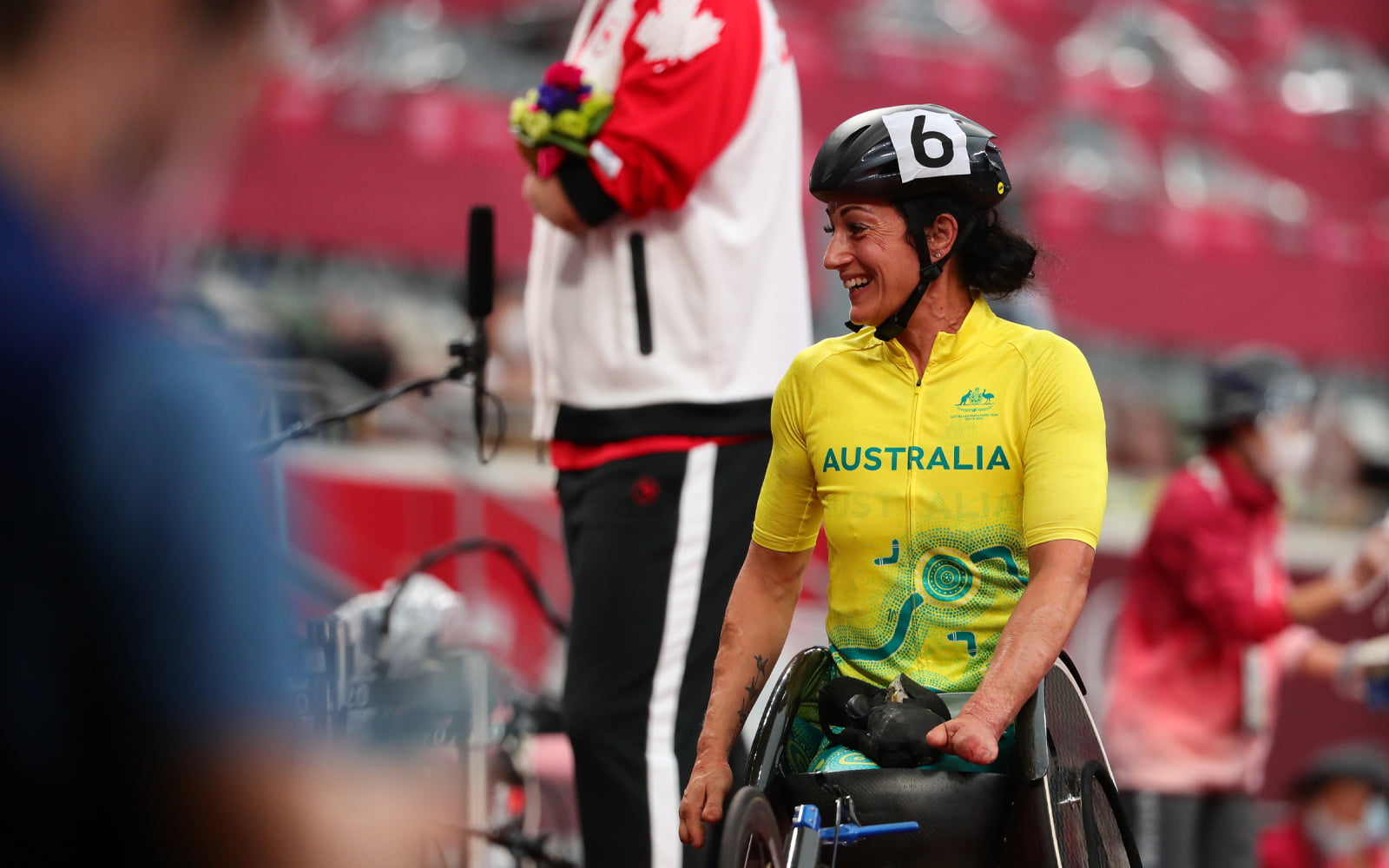 Mother’s Day 2022 for Paralympian Eliza Stankovic-Mowle will almost certainly involve ferrying kids around to their various weekend sporting commitments. It sounds just perfect to her.

After taking a break from competition after the Athens 2004 Games to start a family, the T54 wheelchair racer earned her place on the Australian Team for Tokyo 2020, where she competed in the 100m, 400m and marathon.

However, she has decided to step back once again, this time, in part, to give back some of the love and support her children have given her.

“Coming back into racing, the kids’ excitement about seeing mum compete at the highest level possible was my driving force,” said Stankovic-Mowle, who competed as Eliza Ault-Connell at Tokyo.

“But as they’ve matured and stepped into their own sporting journey this year, I’ve decided to take a backseat with my sport and it’s been a beautiful thing for me to be able to see them succeed in their own way.

“Going to weekend basketball games is so lovely and one of my kids is doing really well in athletics. It’s been amazing to know that I paved the way somewhat for them, as far as giving them an example of what sport can bring to your life. I’m excited to see their journey unfold now.”

The three-time Commonwealth Games medallist said committing to her athletics career had compelled her to miss important family moments.

“That was part of my rationale to take some time off and be more with my children. It’s incredible to see them become little athletes in their own right.”

There are a few of them. The blended family includes Eva who’s nearly 14, Elka who’s approaching 12 and Jensen 10 and two step-children, Imogen 9 and Lily 6.

“Mother’s Day can look very different for us [compared to some other families],” Stankovic-Mowle said.

“But really, every day is Mother’s Day. We’re pretty lucky that we spend time with each other and share our love of being outside and being active. It’s something that’s really important to us as a family. This Mother’s Day will most certainly involve weekend sport and all those other things.”

Between them, the kids play basketball, athletics, swimming, gymnastics and touch football. With the 2026 Commonwealth Games and 2032 Paralympic Games both in Australia, Stankovic-Mowle said one of her kids is set on becoming an Opals player and another is “dead set keen” on representing Australia in athletics.

“With the changes in the world, with Covid, it really brought home to a lot of us the importance of family,” she said.