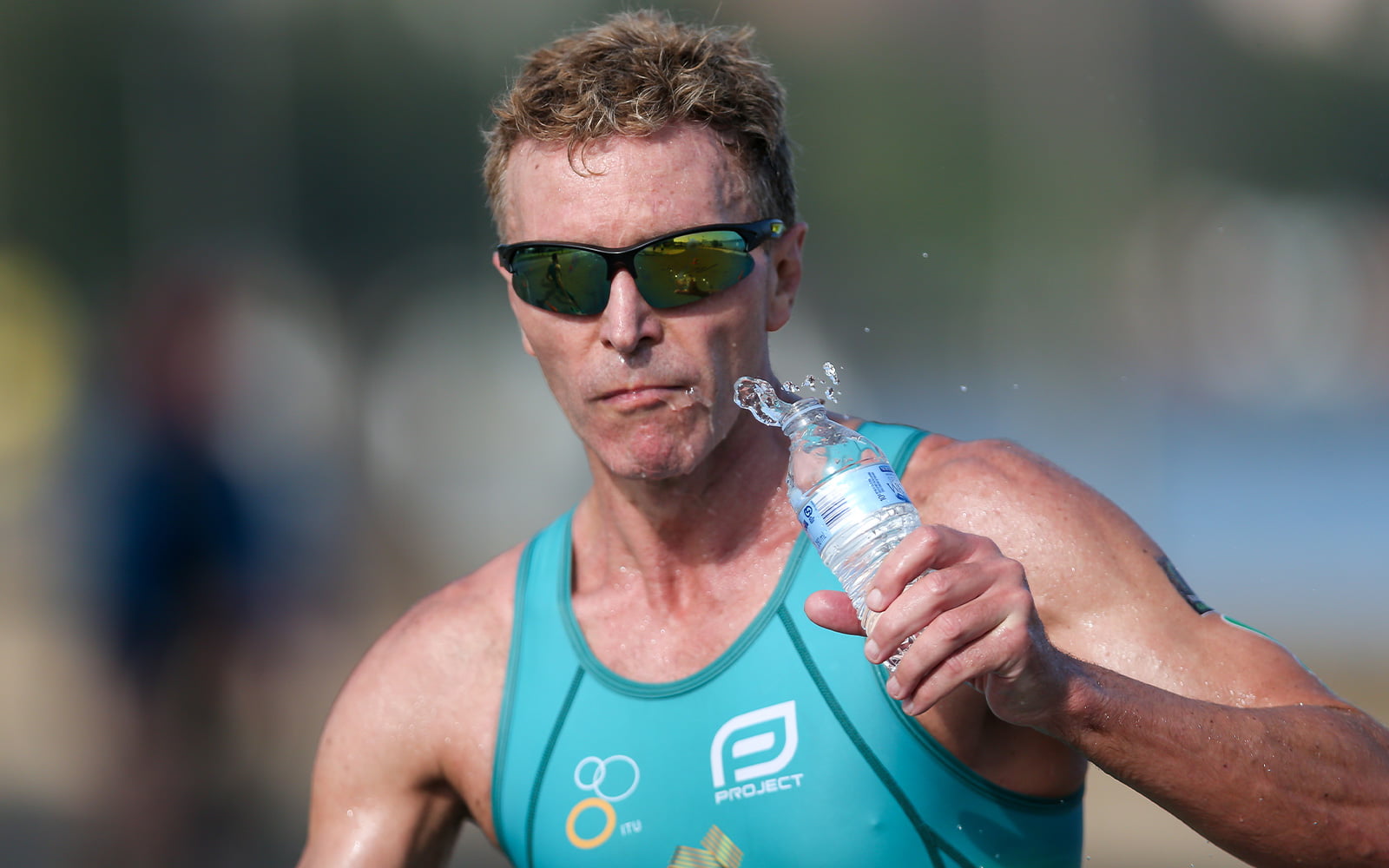 52-year-old Gosens is a three-time Paralympian, has climbed Mount Everest, run 2,000 kilometres from Cairns to Brisbane five times and competed in Dancing with the Stars, and now adds another chapter to his incredible story by representing Australia at the Commonwealth Games.

Gosens will line up beside Canberra’s Sam Harding, Wollongong’s Jonathan Goerlach and Hobart’s Erica Burleigh, all four will be making their Commonwealth Games debuts.

.@CommGamesAUS has today unveiled a team of four vision impaired Para-Triathletes ready to take on the Commonwealth’s best at @birminghamcg22.

Perth-born Harding made the swap to triathlon hot off the back of the Tokyo Paralympics, where he competed in the 1,500m T13 track event where he finished eleventh.

It was a case of third time lucky, having missed the London 2012 Paralympics due to illness and the Rio 2016 Paralympics when the 800m event was dropped from the program.

Harding has quickly found his feet in his new sport, winning the Oceania Triathlon Cup at Devonport with guide Harvey in February.

Birmingham debutant, Erica Burleigh, has likewise experienced a meteoric rise in the sport, after taking to it just four months ago.

“I was inspired by (fellow Tasmanian) Ariarne Titmus – I wanted to follow her and become a swimmer, never thinking I would become a triathlete,” Burleigh said.

She was encouraged to try triathlon by her coach, Phil Tyrell, admitting that her first tandem bike experience was “really scary”.

“The more I got on the bike, the more trust I had in Phil and in myself,” Burleigh said.

Father-of-two Goerlach is a trailblazer for vision impaired triathletes, competing in his first Para-triathlon in 2012, he competed at the Tokyo Paralympics last year finishing eighth.

“There are so many athletes from around the world, with everyone treated equally. I really like the integrated environment with all para and able-bodied medals going on the medal tally.”

Australian Team Chef de Mission Petria Thomas OAM was thrilled to welcome the first of Triathlon Team Members selected for the Birmingham 2022 Commonwealth Games and know they are ready to be bold, brave and brilliant in Birmingham.

“Congratulations to our first Triathletes selected to represent Australia at the Birmingham 2022 Commonwealth Games,” Thomas said.

“Birmingham 2022 witnesses the introduction of the vision impaired Triathlon classification to the Commonwealth Games, so it is exciting to welcome Gerrard, Sam, Jonathan and Erica, plus their guides Hayden, Luke, David and Felicity to the Australian Team for their Commonwealth Games debuts.

“This is a special day for all the Team Members, their coaches, their families and supporters, and I know they will be giving it their all and representing Australia proudly in Birmingham.”
Triathlon Australia’s Para-triathlon Team Lead Kyle Burns believes these athletes would be ones to watch in Birmingham.

“We have a really good mix of people, experience and personalities,” Burns said.

“The fact they get to compete in a fully integrated environment makes the race unique to the Commonwealth Games, and they will all relish the chance to be part of the wider team.

“We congratulate the athletes, and their respective coaches on the selection whilst also acknowledging the wider support team behind every athlete.”

There are five Triathlon medals on offer at the Birmingham 2022 Commonwealth Games.

PTVI Triathletes must use a sighted guide of the same gender and nationality throughout the race. The athletes are tethered to the guide during the swim and run, while the guide leads on a tandem bike during the cycle leg.

Australia has won 12 total medals in triathlon at the Commonwealth Games, including three gold medals. Australian Para-triathletes won silver and bronze in both the women’s and men’s PTWC events at the Gold Coast 2018 Commonwealth Games.