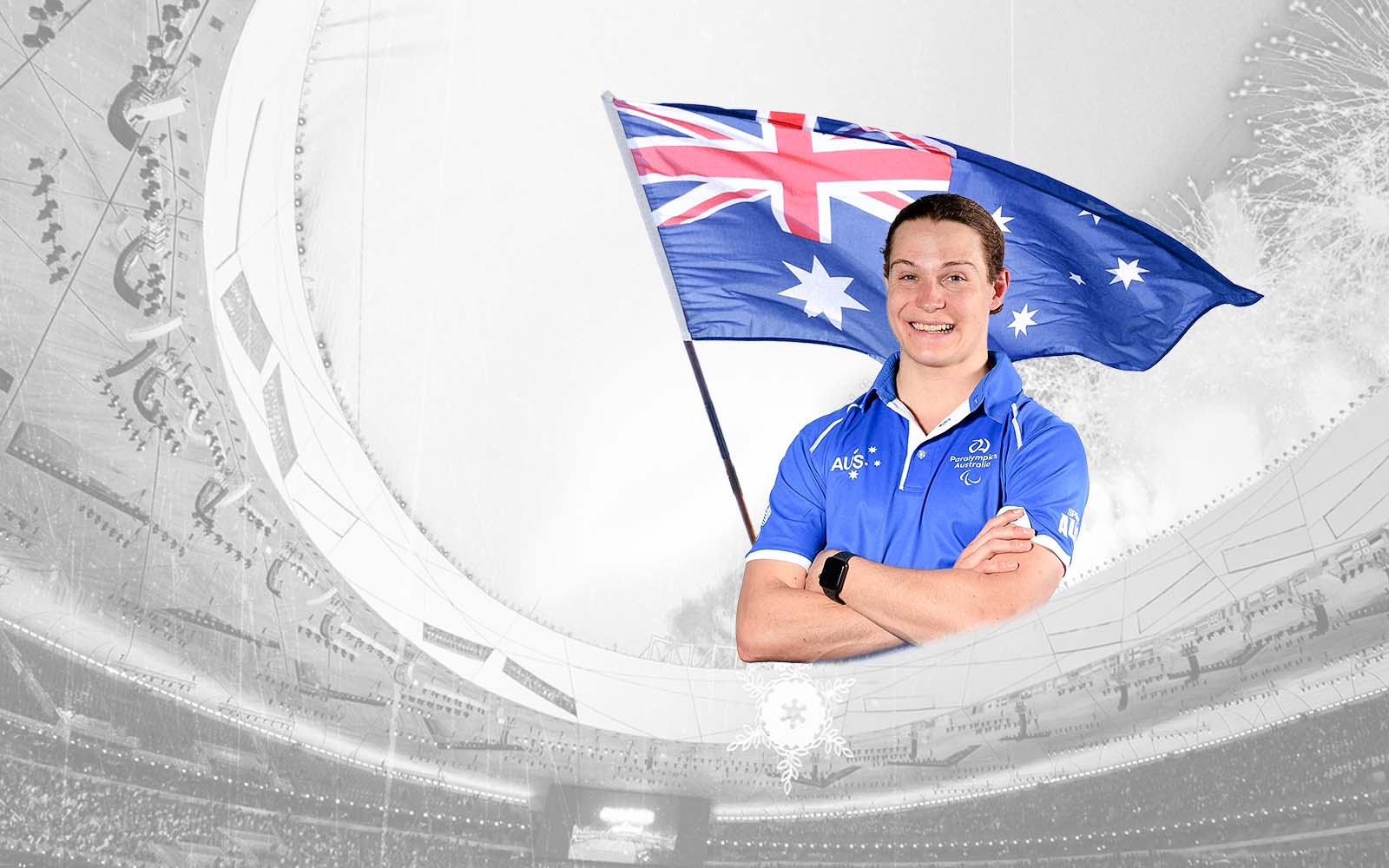 Nearly a decade since he carried the Australian flag at the Sochi Games a 14-year-old boy, newly-crowned Paralympic medallist Ben Tudhope has been named the nation’s flag bearer at the Closing Ceremony of the Beijing 2022 Paralympic Winter Games on Sunday night.

Over the nine days of competition in Beijing, Tudhope was named one of the co-captains of the Australian Team, won a bronze medal and displayed an exemplary attitude and leadership.

Australian Chef de Mission Kate McLoughlin asked the 22-year-old on Saturday to carry the flag into Beijing’s ‘Bird’s Nest’ National Stadium and had to wait a few moments for a response.

“I was truly surprised today. It was not processing in my mind that I was ever going to be flag bearer,” Tudhope said.

“I was just in awe. I was shocked, I was surprised. I couldn’t really speak. It was just an amazing moment and I thank Kate and I thank the Australian Team for picking me.

“To finish off my Beijing campaign with this achievement, to be the Australian flag bearer is absolutely incredible. I couldn’t think of a better way to finish off the Games after the bronze and everything else the team has been through.

Beijing was Tudhope’s third Games. He competed at Sochi 2014 as a wildcard entrant and captured attention with infectious enthusiasm and skill on the snowboard. Aged only a few days over 14, he was the youngest competitor from any nation at the Games and was selected to carry the Australian flag at the Closing Ceremony.

“At that moment it was about the experience. So I think being a bit bigger, learning what the Paralympic movement is about and knowing everything about the Aussie team and who have come before me as well, it’s a true honour this time.”

At his second Games, PyeongChang 2018, Tudhope finished seventh in the banked slalom and 10th in the snowboard cross. At those Games, the coach of Finland Mikko Wendelin expressed an interest in coaching the Australian snowboarders, setting in motion the formation of what would become known as Team Unicorn, a collaboration of Tudhope, Finland’s Matti Suur-Hamari and Canada’s Alex Massie. Suur-Hamari won gold in the Snowboard Cross event in which Tudhope won bronze at Beijing 2022 and silver in the Banked Slalom in which Tudhope came ninth.

Tudhope has spoken glowingly of Team Unicorn alongside the deep pride he has representing his country.

“I think everyone has seen in the past couple of weeks that Ben is not only a champion athlete but he’s also just a pretty amazing Australian,” McLoughlin said.

“I just think he exemplifies everything that’s amazing about Australian Paralympic sport.

“He was a fantastic flag bearer at the age of 14. But to see how far he’s come in a relatively short time, to be the champion that he is, it’s something to be incredibly proud of.”