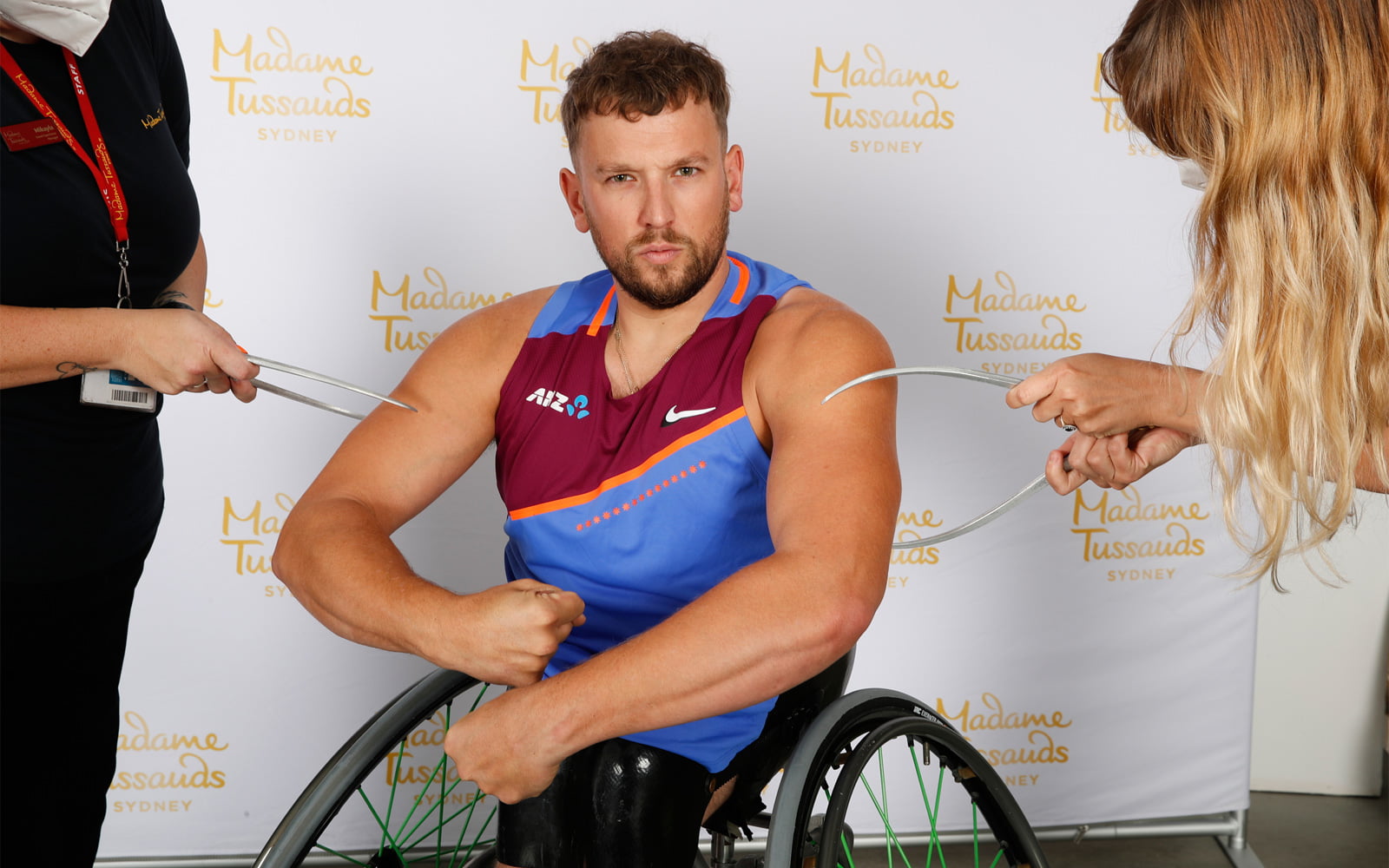 2022 has been a great year for Dylan Alcott (AO). He’s been named Australian of the Year, retired from Wheelchair Tennis as the world number one, and it has been announced he will receive an honour of the highest form – a Madame Tussauds wax figure.

Dylan will be Madame Tussauds Sydney’s first figure in a wheelchair – his wax double will sit in an identical, replica chair to the one he played in when he won his ‘golden slam’ in 2021.

The 31-year-old athlete, Paralympian, philanthropist, media commentator and Disability advocate’s figure will join the Madame Tussauds Sydney sports zone in late 2022. Guests will have the opportunity to challenge themselves in a wheelchair doubles tennis experience, alongside Dylan in the exciting and interactive new tennis zone.

Commenting on the news that he will be the latest celebrity to be immortalised in wax at Madame Tussauds Sydney, Dylan said, “Being approached to receive a Madame Tussauds wax figure is an absolute honour. I’m such a huge fan of the Madame Tussauds attractions, they’re home to the biggest celebrities in the world and I feel so proud that I’ll be amongst them!

“As part of the new tennis experience, guests will get to experience what it’s like to play wheelchair tennis – you’ll see it’s harder than it looks!”

Dressed in the custom Nike collection that he wore in the 2022 Australian Open final, and sporting his favourite Babolat tennis racquet, Dylan’s figure will be sitting in a custom-built, Melrose Gazelle wheelchair, featuring the moulded fibre seat shell that helps deliver increased responsiveness during sport.

Richard Dilly, General Manager, Madame Tussauds Sydney, commented, “Dylan Alcott is a true Australian icon. He was the first man in history to achieve a ‘golden slam’ after winning all four grand slam tennis tournaments last year and then gold at the Tokyo Paralympics, but it’s also what he represents off the court that makes him a true champion. Dylan’s advocacy to drive change and represent diversity is awe-inspiring.

“Dylan is leading a new wave of awareness for the disabled community, both on and off the court and we are honoured to be working with him to create Madame Tussauds Sydney’s first wax figure in a wheelchair.

“To have the opportunity to present Dylan with a wax figure in the same year that he was named Australian of the Year is incredibly fitting and we are very proud to be working with him.”

During the sitting, a team of eight from Madame Tussauds will take 100 measurements and 300 photographs of Dylan. The process of then creating Dylan’s wax figure will take roughly eight months, with a team of highly skilled sculptors spending approximately 170 hours moulding, before hair insertors and colourists add the crucial finishing touches, before the official unveiling – which is due to take place in late 2022.

To purchase tickets, or for more information on the celebrities you can meet, visit Madame Tussauds Sydney.