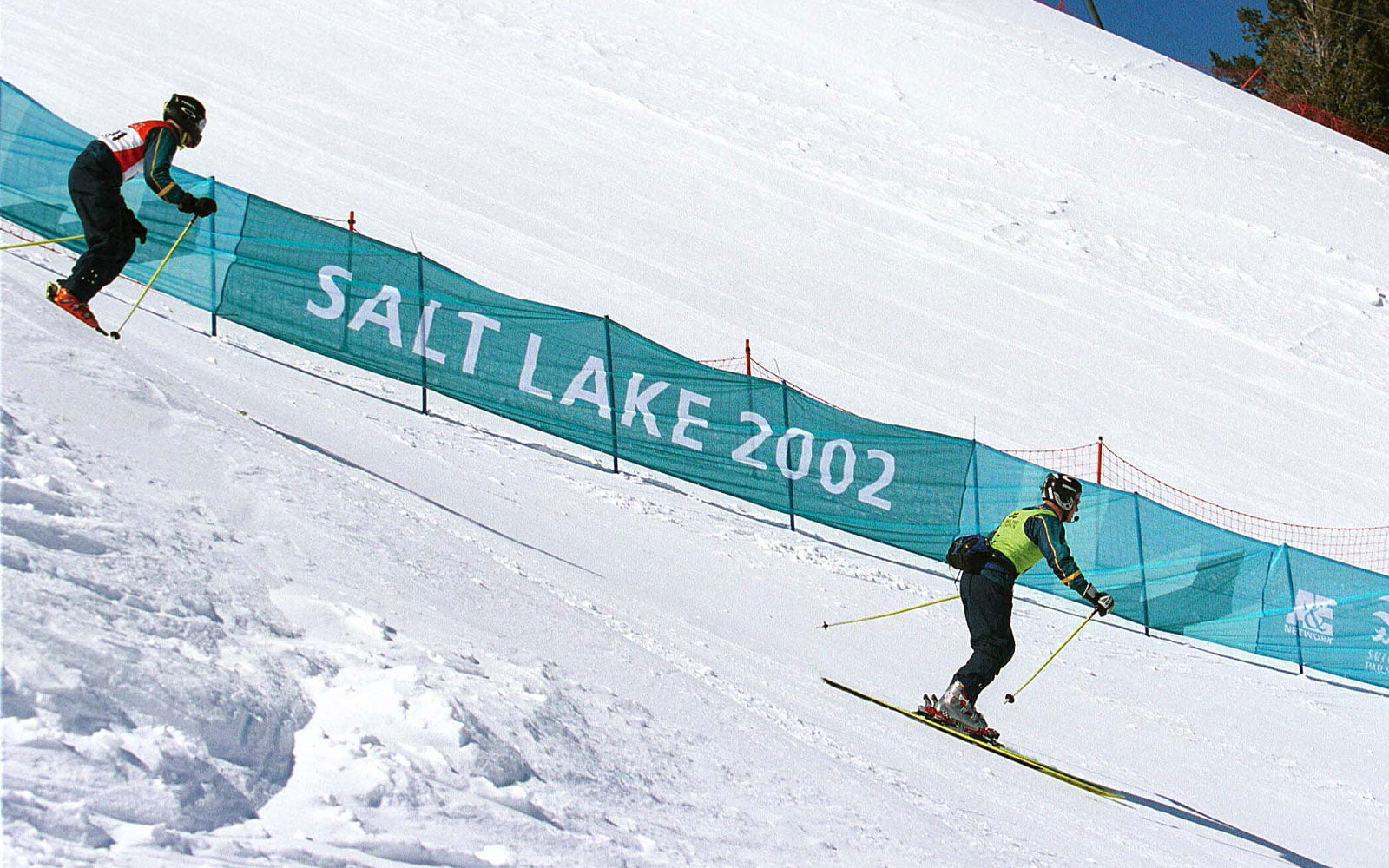 Australia claimed its biggest Winter Paralympics haul at the Salt Lake City Games in 2002, winning six gold medals, seven medals overall, to finish eighth in the world. But afterwards, a comment by one of Australia’s stars of the campaign put into perspective that Paralympic success was, at that time, still apparently secondary to Olympic success.

“Steve Bradbury and Alisa Camplin had won gold at the Olympics and Australia Post said they would do a stamp for them but not for the Paralympic guys,” Bunting said.

“I just thought ‘Whatever, I don’t care’. But, once they saw the publicity [uproar] around our Team, they decided they’d do them for us as well.

“What they came out with was these tear-off stamps, the kind anyone can get made up at the local post office. It wasn’t a proper stamp, it was different to the Olympic medallists, who got a real stamp produced for them.”

Donate today: help our Aussie Winter Paralympians shine in Beijing and beyond

Still, Bunting wasn’t all that fussed. The blind skier had just proven himself on the biggest stage, was a dual World Champion and had played a major part in putting Winter Paralympic sport on the map in Australia. But, not one to hold back, Bunting spoke his mind when asked by the media what he thought of the stamps.

“I said ‘Well, I think it’s a wonderful gesture that it was done – but I think it clearly shows that there’s a long way for Paralympic sport to be taken as seriously as Olympic sport’.

“Australia Post was a sponsor, so I think Paralympics Australia was pretty upset with me for saying what I did. But I wasn’t going to pull punches just because they’d given us money. They either took us seriously or they didn’t.

“I’m not the kind of person to stir the pot, but when I thought they were doing a half-arsed effort, I felt upset by it. Thankfully, I think all that’s changed now, from what I’ve seen over the years.”

It has. The Salt Lake City results have not been replicated, but perceptions and respect for Australia’s Paralympians, summer and winter, have transformed. The Winter Team improved from 19th in the world at Sochi 2014 to 15th at PyeongChang 2018 and, with fewer than 50 days until Beijing 2022, our squad is getting ready to continue that trajectory. If they need inspiration, they need not look further than the Team of 2002.

“It was a really good group with Milto and me, Pete Boonaerts, Scott Adams, Cameron Rahles-Rabula and Mark Drinnan,” Bunting said.

“Milto pretty much did his own thing but it was a really great team. We’d all skied three months of the previous year together and we had good relationships with each other.”

Bunting won the Downhill B1-3, Super-G B1-3 and took silver in the Giant Slalom B1-2. He was named flag bearer for the Closing Ceremony. After the Games, he did some public speaking, but other priorities in life eventually took over and he didn’t attend the 2006 Torino Games.

He returned for the 2010 Vancouver Games and recalled with typical humour that all was going well in the Downhill “until I copped a gate in the nuts. So, that was a bit of a shock ending to that campaign. I would have loved to compete at the next Games but by that time I had a family and it all got too hard.”

Bunting moved out of Sydney five years ago and works in IT remotely from Nimbin on the NSW north coast. He and his wife have two kids and they enjoy “tinkering with the cows, chooks and fish”

“I always dreamt about going back to skiing but I’m too old now,” he said. “My experience at the Paralympics was awesome and the Games in 2002 was probably the highlight of my career. It was an exciting time.”