Wheelchair Whizz Lights Up The Court At Come And Try Day 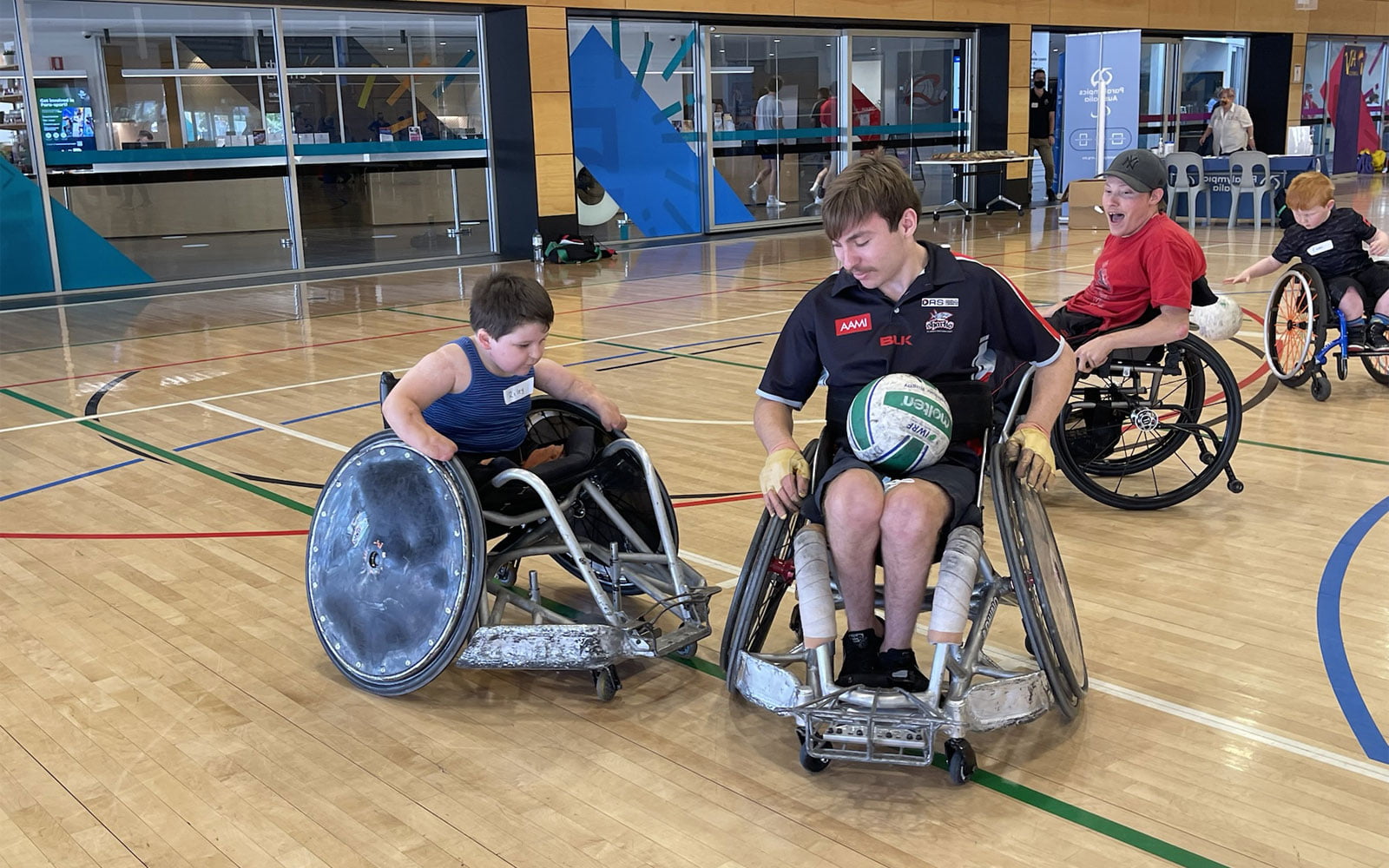 “This Riley was only nine years old but he absolutely lit up the wheelchair rugby court,” Paralympics Australia’s Participation and Pathways Coordinator (SA) Jon Henschke said.

“He’s a quad amputee due to meningococcal B at age two. His arm amputations are about half way up his forearm and he’s an above knee amputee on both legs. For such a young kid, his chair skills were phenomenal and he had a really good time.

“There’s a long way to go of course but he’s a bit of a whizz and is interested in getting right into wheelchair rugby. People there were making comparisons to Ryley Batt, saying this kid is the future.”

“We had more attendees and participants than we did at the multi-sport event we held here in April,” Henschke said

“Most people came in April just to have a look around, whereas this time most were keen to really have a go at the different sports and many have said they want to continue playing, which is really pleasing.”

Among them was early teenager Harriett, whose mother said being at the Come and Try Day was a positive experience for her daughter as it allowed her to see other people with disabilities.

Harriett has short stature and is getting to the age where it’s becoming a bit more noticeable at school and causing her to have a bit of a hard time. Harriett enjoyed having a go and said afterwards she was keen to continue with Para-badminton.

“Overall, we had people of various ages but quite a number of 10 to 15-year-olds,” Henschke said. “So, for many people, it was their first exposure to Para-sports and that’s what this program is all about.”

This event was brought to you by Paralympics Australia in partnership with Sport Australia and NDSP.