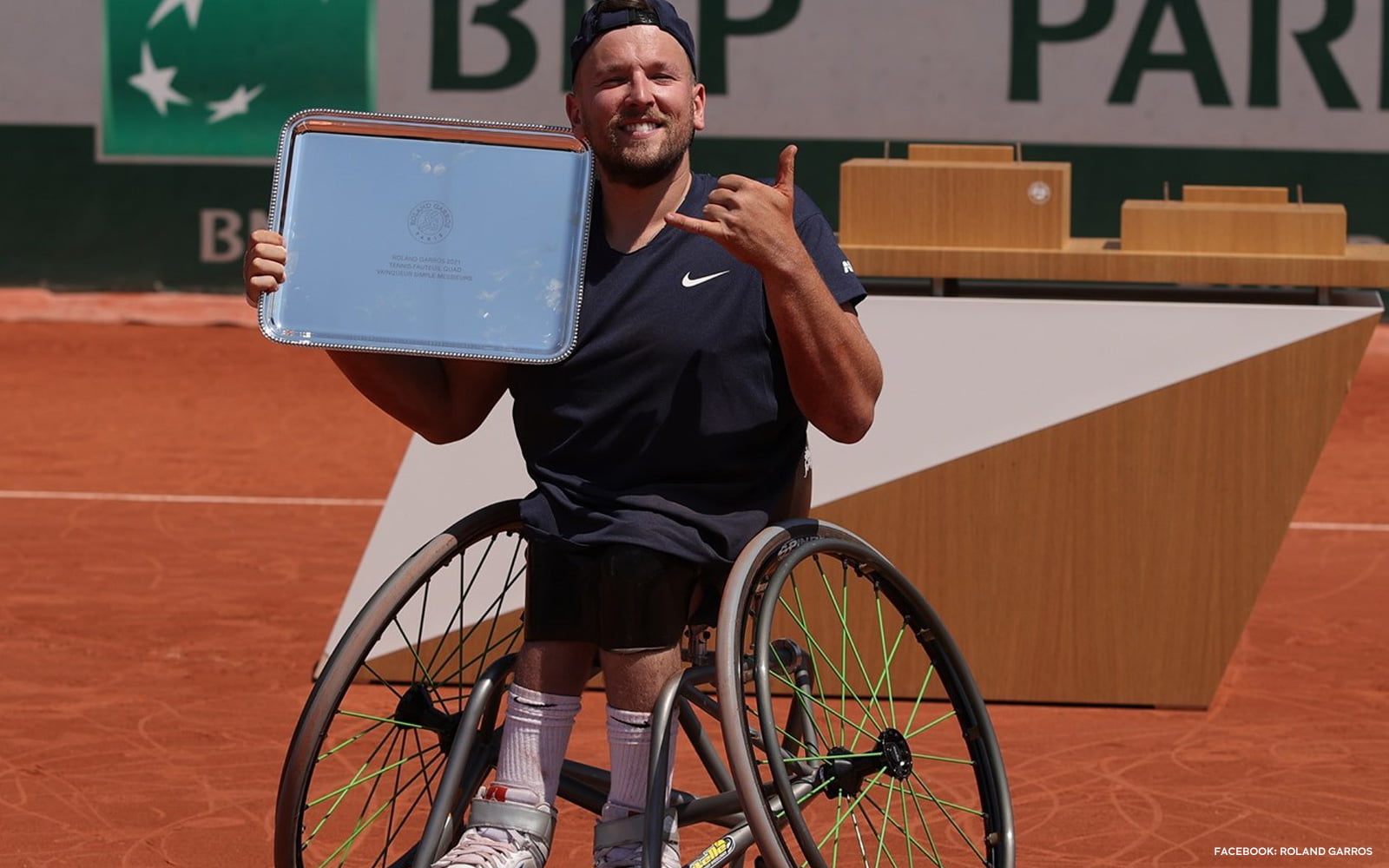 Dylan Alcott has added another Grand Slam title to his impressive record.

The 30-year-old from Melbourne is the quad wheelchair singles champion at Roland Garros for a third consecutive year, securing the 2021 title and the 13th major singles title of his career with a 6-4 6-2 victory against Sam Schroder of the Netherlands in Paris.

13 Grand Slams and counting 💥 🏆 👏@DylanAlcott is the #RolandGarros champion for the third time! 👉 https://t.co/0k26waVvRV#GoAussies pic.twitter.com/HV6z1Zo4hI

Alcott proved too consistent for the 21-year-old, who was contesting his third major final. The world No.1 had to fight hard though, recovering from a 2-4 deficit in the opening set.

Exceptional returning from Schroder helped the world No.3 build the early advantage, but Alcott’s big-match experience showed as he reeled off five consecutive games to take control of the match.

Thank you everyone for the messages. I love and appreciate you! @rolandgarros #rolandgarros pic.twitter.com/qb4zNXUUWx

Alcott’s confidence grew as the match continued, with six consecutive breaks of Schroder’s serve consolidating his lead. The Australian was making the most of his opportunities too, winning seven of the eight break points he had.

After 83 minutes on court, Alcott served out victory to maintain his unbeaten singles record at Roland Garros.

“To Roland Garros, thanks for supporting us. Thanks for having quad tennis here,” Alcott said during the trophy presentation. “I don’t know how many more I’ve got left in me … so I feel really blessed to be here.”

🇦🇺@DylanAlcott picks up his third straight quad wheelchair singles crown in Paris with a 6-4, 6-2 win over 🇳🇱Sam Schroder. #RolandGarros pic.twitter.com/0vivf21VIY

The result improves Alcott’s career record in Grand Slam singles finals to 13-2 and a remarkable winning percentage of 86 per cent.

The world No.1 plans to compete at the French Riviera Open next week, before turning his attention to defending his singles and doubles titles at Wimbledon.