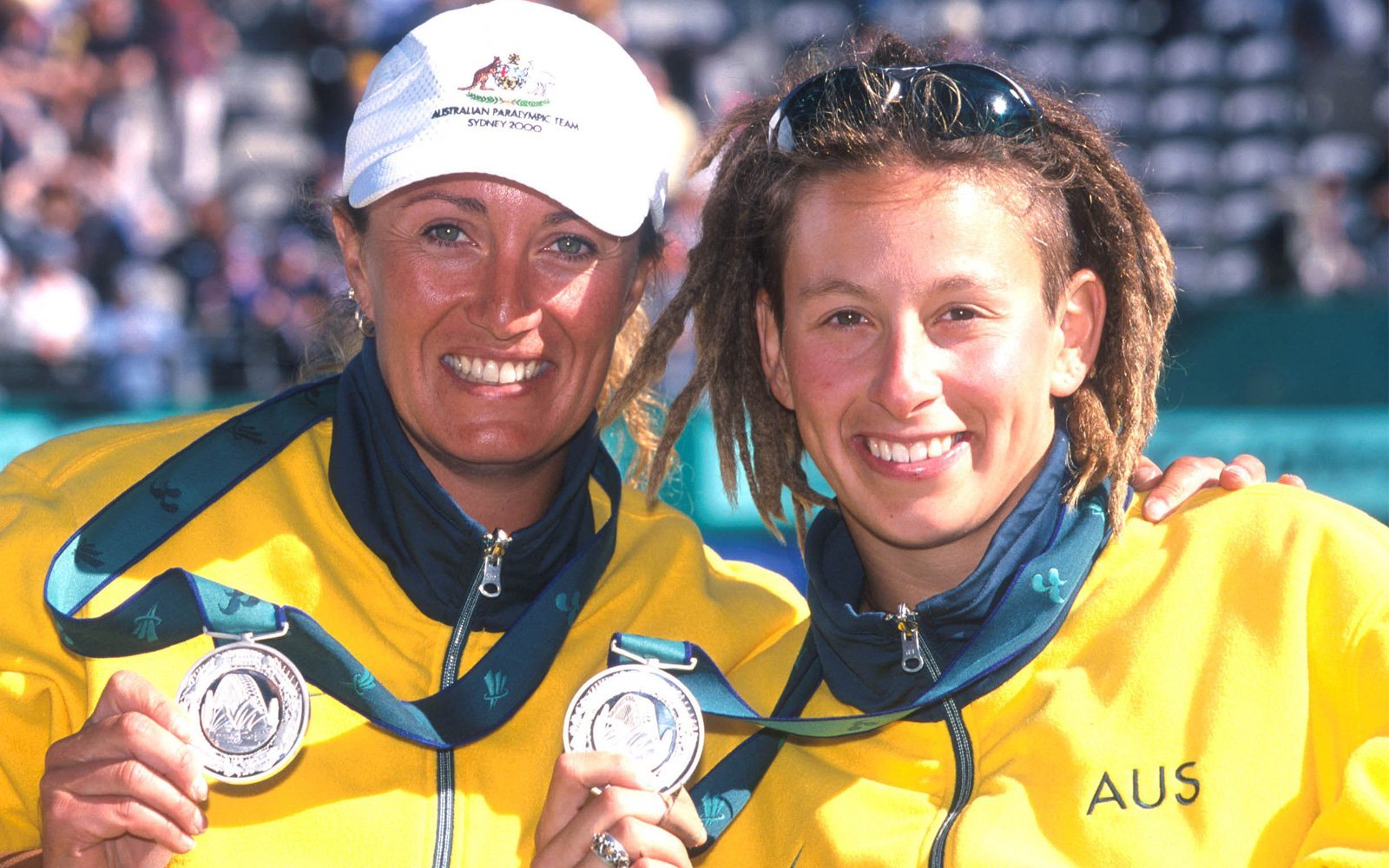 There was every reason to believe Danni Di Toro would reach the gold medal match at the Sydney Paralympics.

However, not only did Di Toro herself know it wasn’t going to happen, the wheelchair tennis star had to endure her inevitable defeat in a very lonely place.

Di Toro had been the world’s No.1 ranked women’s singles player for most of the three years leading into Sydney, losing only the final of the US Open shortly before the Games to drop back to No.2. Still, with massive home support, she was expected to at least be on the podium by tournament’s end.

“I’d been playing about 20 tournaments a year, doing four international tours and then the Australian tour each summer, all back-to-back,” Di Toro said.

“I was training through Christmas and New Year and then playing from early January through to November. I was flying around constantly, which is challenging, particularly with a spinal cord-injured body like mine, and it had an impact mentally too.

“I knew I was burnt out and struggling. It all came to a head, unfortunately, at the Sydney Games. I knew I wasn’t going to make the final.”

Exiting in the quarter finals was hard enough. But what happened afterwards left an indelible mark on Di Toro, sparking a 20-year campaign by the Victorian to change the way organisations, including Paralympics Australia, understood and catered for the welfare of Para-athletes.

Di Toro had studied for a degree in Behavioural Sciences, so mental health was on her radar. She’d seen her sporting colleagues “quickly discarded” as they passed their peak or retired. She knew how burdensome the pressure to perform could be and the challenges that came with failure and even success. After her personal experience at Sydney, she became determined to ensure athletes’ mental health be viewed as equally important to their physical health.

“I was honest and vocal about where I was at – being open is a pretty vulnerable place to be – but it was pretty much ignored by my team. I think they kind of hoped I’d just get over it and sort it out,” Di Toro said.

“What I experienced was ‘If we don’t speak about it, it’ll just go away and be fine’. But, of course, it wasn’t.

“When I got knocked out, the tennis team had no words for me, didn’t know how to respond to me as a human being losing in front of 10,000 people in Sydney, in front of an incredible Australian crowd that had come to celebrate us.

“When I went back to the Village it was like I had leprosy. It’s like everyone knew, but no one was saying anything, no one even asked me how I was. I ended up having to leave because it was so intense and I went and hung out with a mate. It felt like it was the only safe place for me.”

Shortly after arriving at her friend’s place, Di Toro suffered a fall which left her concussed. She underwent an MRI scan back at the Village the next day and was cleared to play in the doubles with her partner Branka Pupovac.

“I could barely function,” she said. “But Branka and I had played a lot of tennis and winning that silver medal in the doubles was such a beautiful and proud moment. That took a bit of sting out of everything.”

Di Toro, 45, won a bronze medal at the 2004 Paralympics and has competed at six Games. After London in 2012, she switched to table tennis and gained selection for Rio in 2016, where she was also named Australian Team Captain alongside Kurt Fearnley, a post she will hold also for Tokyo 2020.

Di Toro has been recognised for her achievements, including being named Australian Paralympian of the Year, Young Victorian of the Year and receiving the Australian Sports Medal. However, it’s her work as Paralympics Australia’s Athlete Engagement and Wellbeing Officer, a new role to which she was appointed in 2017, that is improving the lives of her sporting peers.

“My story of what happened in Sydney might not have been the same for others, but what I found was that, instead of asking, ‘How can we support you?’, they’d say, ‘Oh, I didn’t realise you were that weak’. It was pretty brutal.

“In the match I lost, the crowd could see that I was struggling. Even though I had nothing in the tank, I felt incredible support from the crowd. I felt more cared for by the general public than I did by my team. So, I think when the match was over, I actually felt relief. The thing I knew was coming happened and the sky didn’t fall in.

“I remember my good friend, who was one of the media people at the time, came into the pit before I exited the court and that allowed me to be a bit protected from the cameras and the questions and all that, and centre myself for a moment.

“She went and told the media that I’d do my press conference in half an hour. Even a little thing like that was so important.”

Di Toro believes progress has been made to the extent that her experience in 2000 would not happen today.

“If we had an athlete now speak about the kind of things I did – or say they were struggling in any way – I have no doubt that every single sport would put some support around that athlete, whatever that looked like,” she said.

“Sports are a lot more aware and ready to see the athlete as a whole person and appreciate that a Paralympic Games is a high-pressure environment. Every Para-athlete works their arse off and there’s this brief window once every four years when everyone sees what you’re able to do. If you do well, a whole bunch of doors open. There are huge expectations and an immense amount of pressure.

“We’ve worked really hard to let all our athletes know they are more important than their performance and it’s important to get around your fellow athletes when things don’t go well for them. And, it’s not just when things go wrong, success also brings challenges and opens people up to horrible things that others can say and do to them.

“Leading into Rio, Kurt and I and Kate [Chef de Mission Kate McLoughlin] wanted to embed this sort of thing within the team and make sure the whole Paralympics Australia organisation sees how important it is. All the things I’ve been saying for 20 years are now being heard in a different way and it’s great.

“There’s still a shift to go. But, on so many levels, I think we do this stuff a lot better. Paralympics Australia now has a whole welfare team. We’ve got two athlete liaison officers, an embedded psychologist and a pastoral care person. They’re all very good at what they do and what we’re learning from them is filtering right through the team. I’m really pleased about that.”