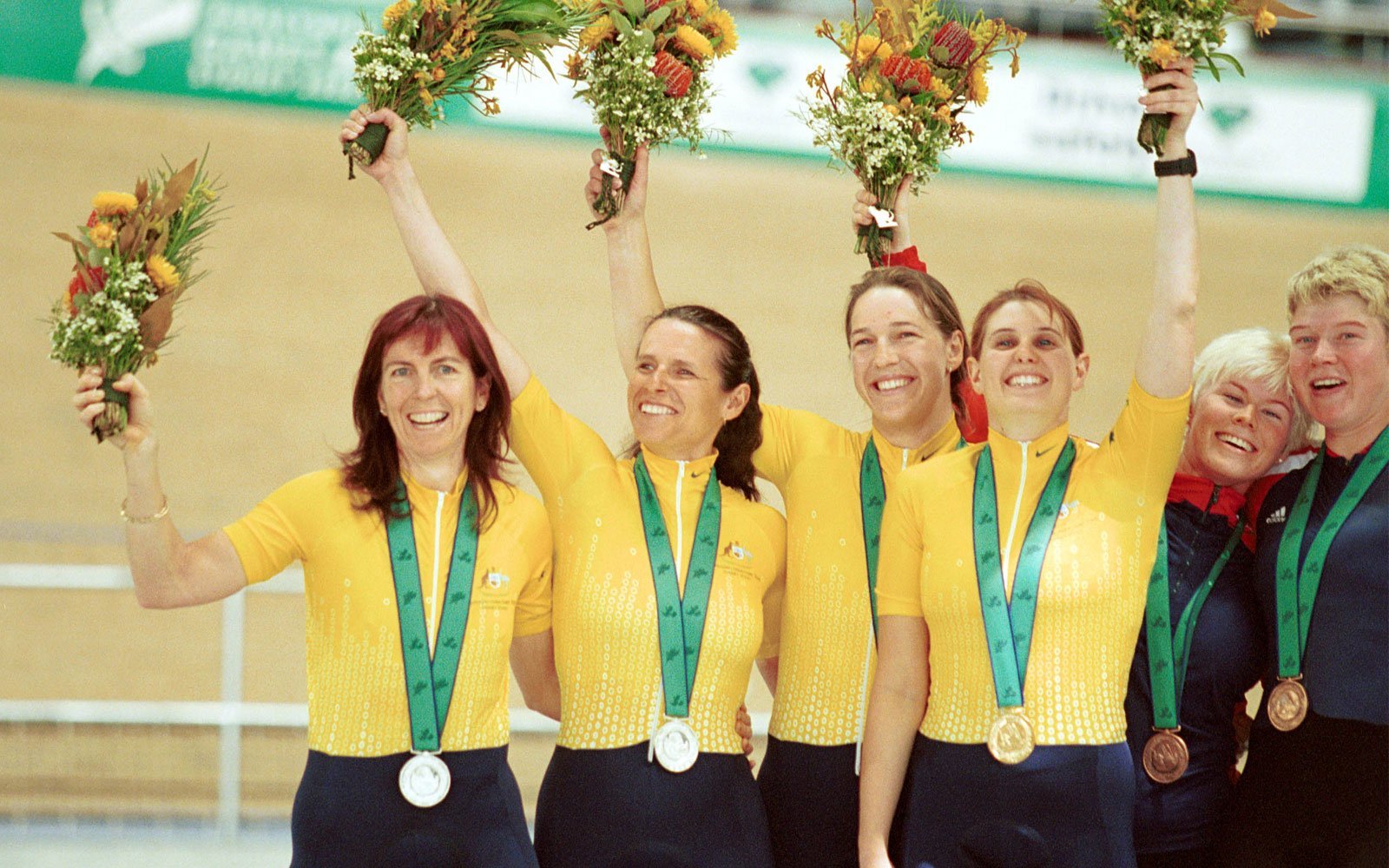 South Australia’s Sarnya Parker had been a national top 10 pentathlete before Paralympic cyclist, the late Kieran Modra, convinced Parker to switch to cycling and introduced her to his sister, Tania. Within 18 months, Parker and Tania Modra were Paralympic gold medallists.

If Day 1 of Sydney 2000 was the entrée, Day 2 was the start of the main course, with several sports getting their competitions underway, including athletics, sailing, fencing, sitting volleyball, swimming and wheelchair tennis.

However, it was cycling that again provided the gold medal moments, with Parker and pilot Modra winning the 1 kilometre time trial tandem, ahead of national colleagues Lyn Lepore and pilot Lynette Nixon, who claimed silver.

Parker and Modra didn’t just win the event, they averaged over 50 km/h to smash the world record and finished more than six seconds clear of the field.

“We did really well today,” Lake told ABC that night. “We were favourites for the event and talked about it over the week that being favourites and actually delivering the goods are two different stories, but we probably did it today. We’re happy.

“The three of us are really good friends so, basically, we wanted to do it for each other today and everything took care of itself.”