When A Robber In Rio Failed To Spook Liesl 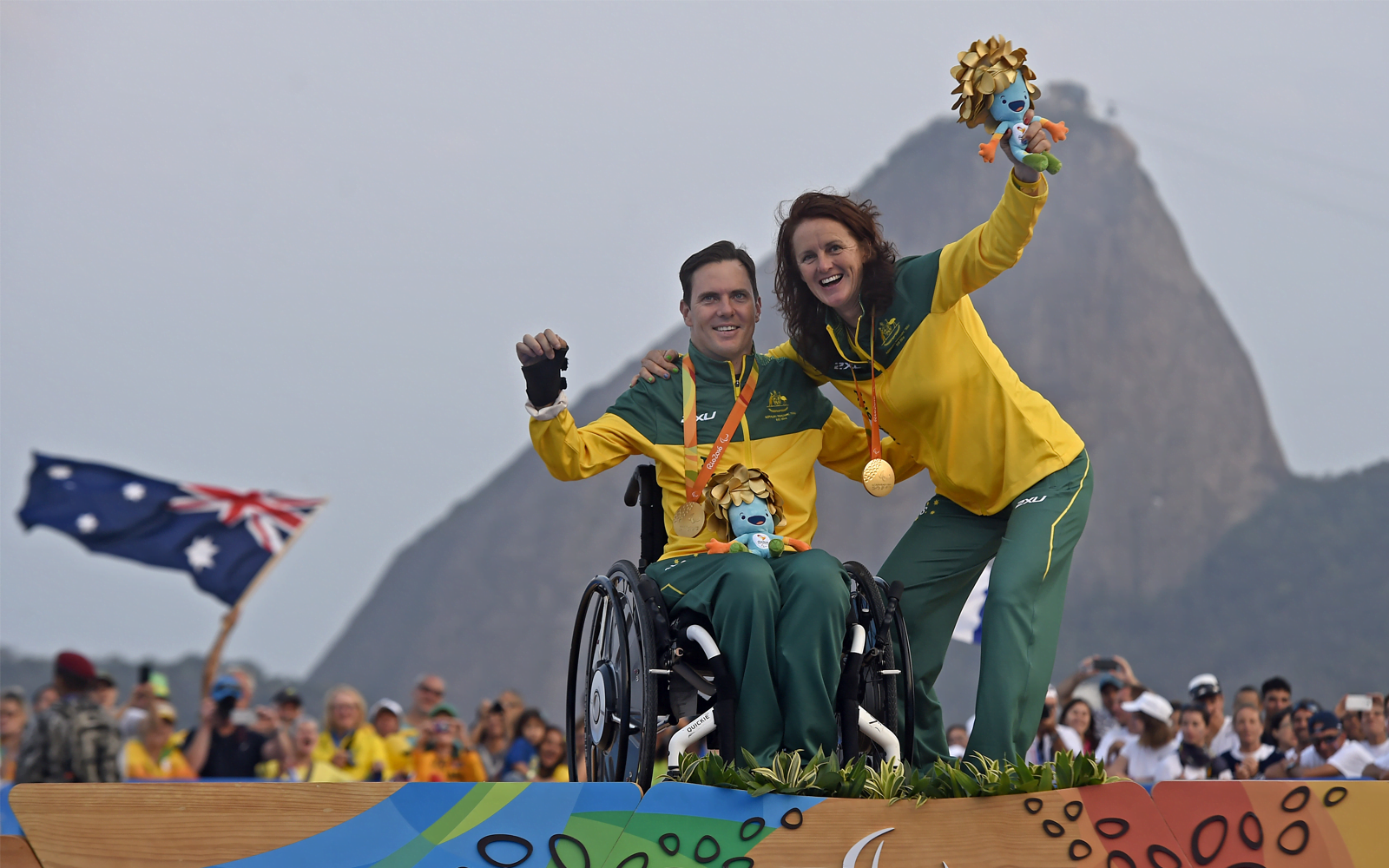 As the gun was pointed at Liesl Tesch, instead of being consumed by fear, her many years as an advocate for social justice kicked in.

It was about six weeks before the Rio Paralympics, the last day of Tesch’s and her sailing partner Dan Fitzgibbon’s last on-site training session before returning home for final preparations.

Tesch, who was set to compete in her seventh and final Paralympic campaign, was on a bike ride when she was held up.

“Part of the education around Rio was addressing these potential risks,” says Tesch, now a NSW Member of Parliament.

“As I was getting robbed, the geography teacher in me, who has talked about poverty and worked in the development sector, said, ‘This is dangerous but we knew this was going to happen, so it’s not really a surprise. Let’s just get the best outcome’.

“When he had the gun at me, I lifted my shirt and said to him in Spanish, ‘I’ve got no money on me, haven’t got my phone’. But I also thought, ‘He’s poor, he needs the bike more than I do’. I just hoped that if he was going to do something, he’d do it to my legs because they don’t work very well anyway!’”

Tesch can joke about it now. But, at the time, despite being somewhat shaken, she was so focused on her job that hours later she was back out on Guanabara Bay, seeking the edge that could help her and Fitzgibbon defend the gold medal they’d won in the Mixed Two-Person SKUD 18 class in London in 2012.

Soon enough, however, her run-in with the Rio robber gained a life of its own.

“It became a circus,” she says.

“Everyone was looking for a story and I became that story. To me, it was just matter-of-fact. But, by the afternoon, it became a big thing and I ended up doing about 24 hours of media.

“I remember flying into Sydney and someone had their phone turned on and told me ‘Liesl, you’ve got to do a press conference’. I couldn’t believe it.

“So I did a press conference at the airport with all these TV cameras lined up. I just thought ‘Let’s get on with it’. It was really just a story everyone wanted to hear about the risks involved with Rio.”

Within a couple of months, Tesch, Fitzgibbon and the rest of the Para-sailing Team had created new and much better memories of the host city. Tesch and Fitzgibbon won the gold medal convincingly, as did the Sonar trio of Colin Harrison, Russell Boaden and Jonathan Harris. Matthew Bugg took silver in the 2.4mR class. It was a remarkably successful effort, rounding off Tesch’s sporting career, which included two silver medals and a bronze medal in wheelchair basketball after she’d competed first at the Barcelona Games in 1992.

“One of the beautiful memories was all of us in this great big hug on the wharf at the end,” she says.

“We all came from our different boats, just randomly came together, everyone knew what was going on in each other’s minds and we all hugged each other. There was a full moon rising behind us … Joy. There’s no other word to describe it. What we achieved was amazing.

The apartment looked over the Bay, giving our Para-sailors a chance to assess the unique conditions, which included aircraft flying overhead, creating wind drafts.

“You had the breeze coming around Sugarloaf Mountain, the tides coming in and out of the Bay. In training, we learnt to judge the breeze by the changes in the colour of the pollution in the water. So it wasn’t just normal sailing, you had to be ready to deal with so many different things.
“We also learnt how to get on the downdraft of the aeroplanes as they came in and took off from the airport next door. And because Fitzy was strapped into his seat and couldn’t turn his head around, I’d be looking around at not only where our competitors were, but also trying to find these gusts and the tidal movement. So many things were at play.

“Trying to factor all that into our training was very unusual but it was just the nature of the course we were sailing on. I think we did it quite well.”

To read more about Liesl Tesch and other icons of our movement, visit paralympichistory.org.au.