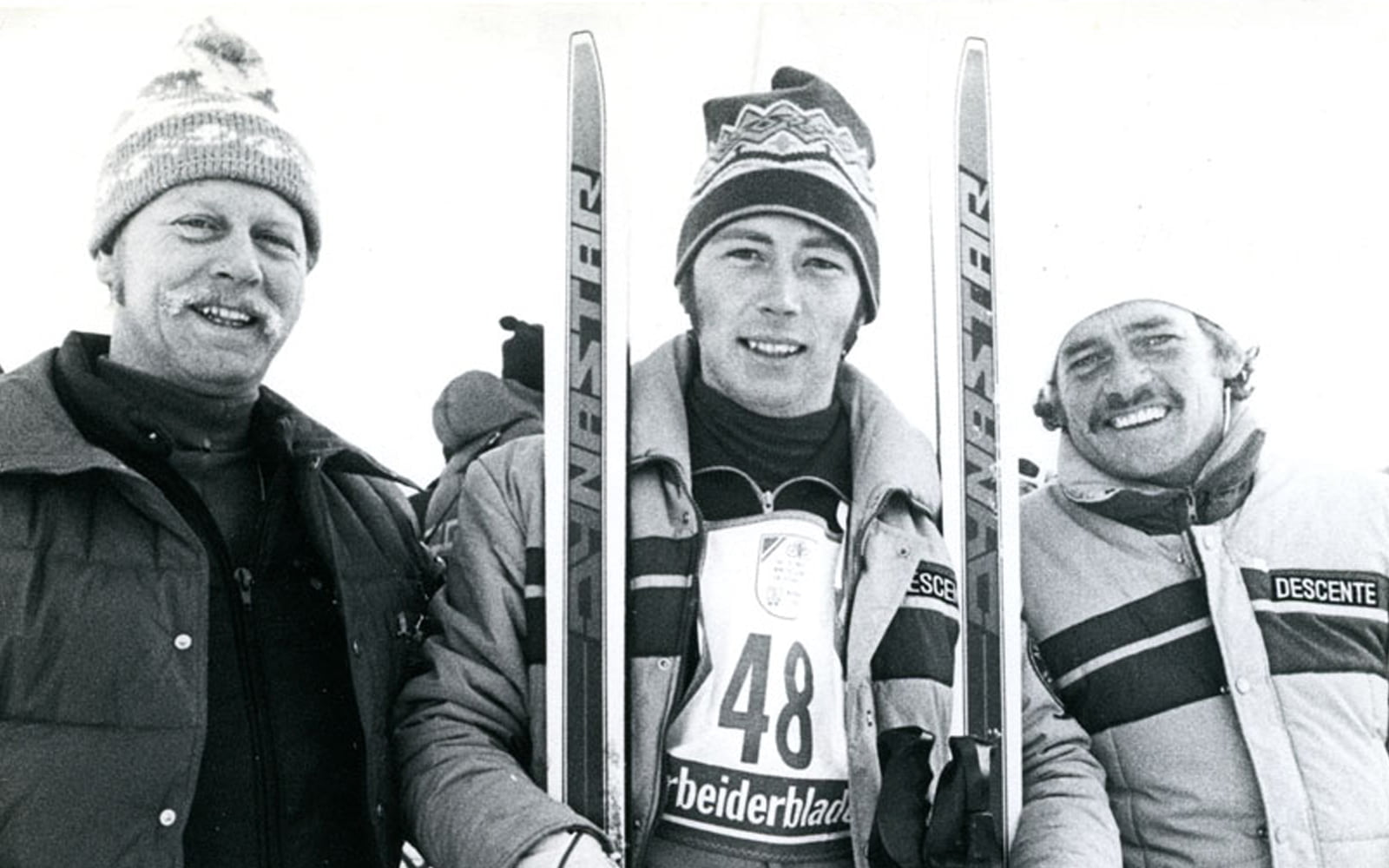 The first-ever Australian Winter Paralympians were recently included in the latest Snow Australia Medal announcement. Para-alpine skiers Ron Finneran and Andrew Temple, Paralympic Cross-Country athletes Peter Rickards, Rodney Mill and his guide, Peter Smythe, plus multi-sport athlete Kyrra Grunnsund were all recognised with the Snow Australia Medal for their participation in the Winter Paralympic Games between 1976 and 1984.

Ron Finneran was the sole member of the Australian delegation at the inaugural 1976 Winter Olympic Games for the Disabled held in Örnsköldsvik, Sweden. In fact, given the unsanctioned nature of disabled winter sports in Australia at the time, it would be misleading to call it a ‘delegation’ in the modern sense of the word.

“In the years prior to 1976 there was no organisation promoting the participation in winter sports for people with disabilities,” Finneran remembers. “After I became involved in the sport in 1974 I found out about the first Winter Games for the Disabled, to be held in Sweden. There was no recognised organisation in Australia dealing with winter sports for the disabled at the time, so it was only out of my initiative that I chose to travel overseas to participate in those Games.”

Finneran informed the Australian Ski Federation of his intentions and they supported his desire to compete at the Games. He then paid for the trip out of his own pocket and arrived in Sweden in late January 1976. He had spent a month training and preparing for his Paralympic debut when he was informed by the organisers that, for an unfortunate technicality in the rules, the first Australian Winter Paralympian wasn’t in fact allowed to compete.

“The conditions of the Games stated that only amputees and visually impaired athletes could compete. So, being a polio-affected person, I was disqualified.”

Finneran decided to stay in Sweden and spent the following two years studying and becoming more and more proficient at skiing. When he came back to Australia, in 1978, he founded the Australian Disabled Skiing Federation, now Disabled Wintersports Australia (DWA), together with Canadian ski instructor Bruce Abel and the 2018 Australian Team Winter Paralympic Chef de Mission, Nick Dean, among others.

“After that we came in contact with athletes like Kyrra Grunnsund. who was a below-the-knee amputee, and Peter Rickards. who was partially sighted. Both of them had continued to be heavily involved in skiing. The standards improved to the point where we decided that we would send a team from Australia to the second Winter Games for the Disabled in Geilo, in 1980,” Finneran continues.

Finneran travelled to Geilo, Norway, this time as team manager of the Australian team, a role he would serve four more times. The three-men delegation included both Grunnsund and Rickards, who was assisted in competition by Elder Hagen, a Norwegian athlete who skied as his sighted guide.

Grunnsund, a five-time Paralympian, participated in both Alpine and Cross-Country events and became the sole Australian athlete to compete in multiple disciplines at the Winter Games. Matched against big winter sports nations such as the USA, Canada, Austria and Germany, Grunnsund and Rickards still managed to achieve encouraging results.

“Both athletes performed credibly even though it certainly wasn’t in the medals. We were more middle-of-the-field in our results. Of course our results showed that we were still developing,” says Finneran.

After Geilo 1980 Grunnsund focused on Alpine skiing for the rest of his Paralympic Winter Games career. Later he would also successfully compete in athletics and swimming, racing the 5,000m and the 10,000m at Barcelona 1992, the first Australian to compete at both summer and winter Paralympic Games.

“Winter Sports for the Disabled were very much a developing movement,” explains Finneran. “More and more athletes with a disability were allowed to compete at different levels and classes of competition were becoming wider.”

The development of the sport brought increased demands from participating athletes, who asked organisers and international sanctioning bodies for a higher level of professionalism. That process had already started in Geilo, where Finneran had become involved in the newly-organised Alpine and Cross-Country technical committees, representation groups born to support athletes’ pleas for better competing conditions.

“The teams got together to ensure better quality of the events and of the terrain. There was great camaraderie between the athletes and everybody wanted to have the quality necessary for competing at international level,” says Finneran.

“But there was a lot of hesitancy, from the able-bodied skiing world as well as the international disabled sports organisation, to provide the quality of the courses and competition needed by the athletes. Establishing winter sports for the disabled was a lot of hard work,” he admits.

Hard work for which the Australian snow community will always be grateful to Ron Finneran and the first Winter Paralympians. Paralympic winter sports in Australia has developed steadily since Finneran was a one-man team in 1976 and Australia recently sent 12 athletes and three guides to the 2018 Winter Paralympics in PyeongChang, Korea, its largest ever Winter Paralympic contingent.

Finneran is pleased with the progress made on a path he started almost 45 years ago. “Winter sports for the disabled, from the participation level to the elite Paralympic level, is a clear development path now in this country. It is reflected in the performances Australian athletes can produce at the elite level. They are rated very high in the world of Winter Paralympic sport.’  he confidently states.