The ‘Drongo’ Who Swept The Pool 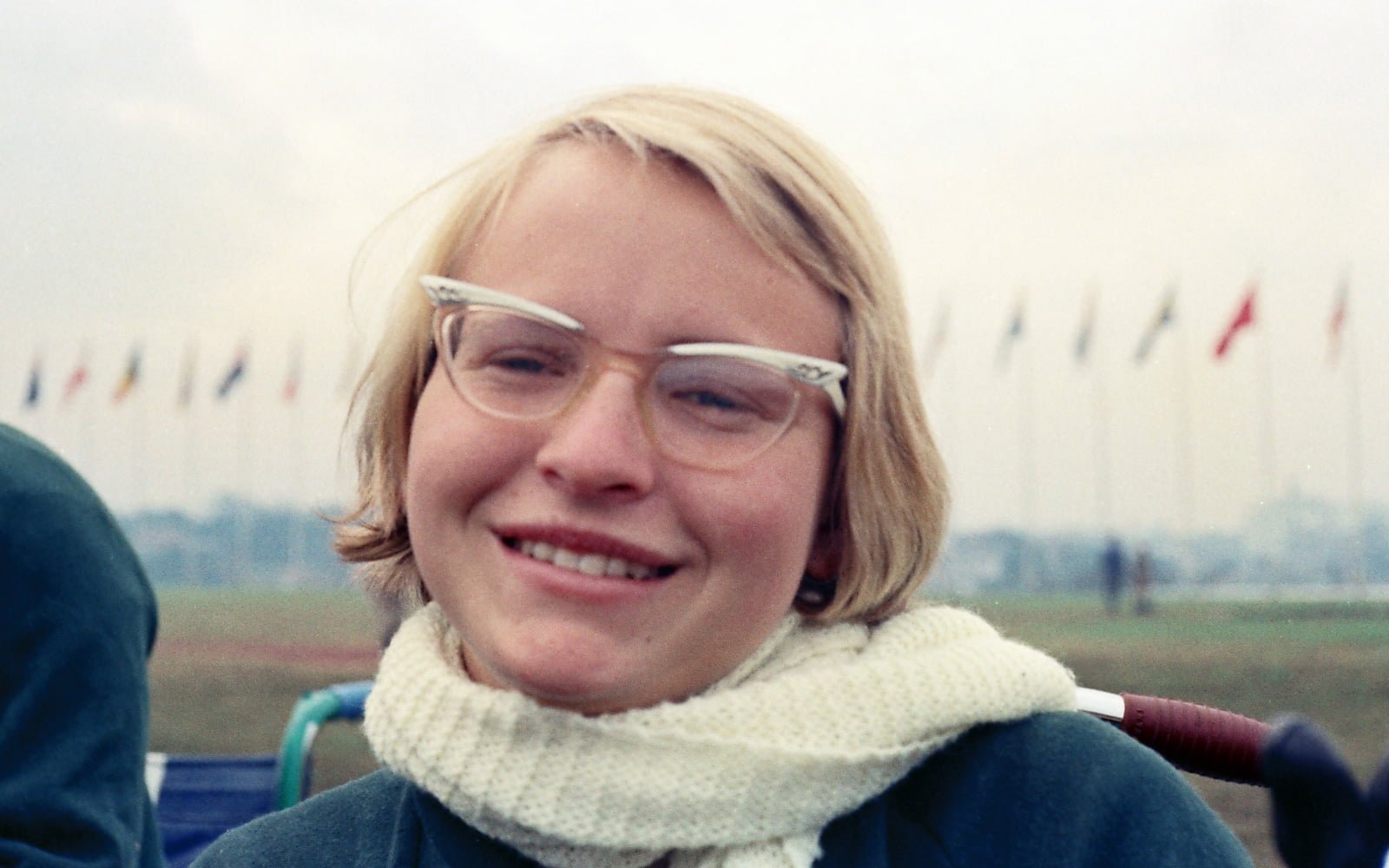 For over half a century Elizabeth Edmondson has wondered if a comment made to her after winning one of her three gold medals at the 1964 Paralympics was enchanting or insulting.

Edmondson was just 14 when she competed in the pool at Tokyo, where she won the 50 metres breaststroke, 50 metres backstroke and 50 metres freestyle, each in the Class 5 division.

She became the youngest Australian to win a Paralympic gold medal, a title she held for 48 years, and claimed another two gold medals and a silver medal at the Games in Tel Aviv four years later.

Edmondson says she doesn’t recall much from her triumphant swims in Tokyo. However, a comment made by an English official who presented her with one of her medals has stayed in her memory for decades.

“When he presented it to me, he said ‘Congratulations, you flaming drongo’,” Edmondson says.

“I still don’t know, to this day, if I should have been insulted by that!”

The young Edmondson took it in her stride, as she seemed to do with everything else around the time.

“I wasn’t nervous competing at those Games because there wasn’t all the hype in those days,” she says.

“You just went to Tokyo and did your swim. I knew I could swim, I thought I’d win – and I did. It was just very simple back then.

“There were newspaper people there who took photographs, but when I came home I went back to school the next day and that was pretty much it. There was no follow-up ticker tape parade, not OAMs, no Facebook… My parents got a telegram from Sir George Bedbrook the next day to say how well I’d done.

“I then went to Israel in ‘68, did the 50 backstroke and I was just having a great time swimming. I remember thinking to myself ‘Hang on, you’re in a race, you should be going faster’. I came second because I was pipped at the post. But there was no real pressure on me because there was no one there telling me to swim fast, my parents weren’t there, my coach wasn’t there. I just saw it as a lovely day doing backstroke.”

Edmondson – who learnt to swim without using her legs after being diagnosed with polio at 15 months – was proud to have set new world marks at Tokyo, yet keen to advise organisers of a mistake in the records.

“When I got to Israel, I found out the records were held by Edmondson from ‘Austria’,” she says.

“It took a while to write to the international committee to tell them I’m actually from Australia. They changed it in the end.”

Edmondson’s six medals, five of which were gold, qualify her as one of our most successful Paralympians. However, years went by before she truly grasped the enormity of her achievements.

“It was only in 2000 when the Games came to Sydney that people started talking about Paralympics and I thought ‘Hang on, that’s me! I was one of them!’ That moment made me realise what I’d done. It’s when I found out I was still the youngest competitor at the Games, which I hadn’t known. And now, after 56 years, I’m still the youngest swimmer to win an individual gold medal for Australia, whether a Paralympian or an Olympian. To me, that’s a huge record to have.”

Edmondson, who lives in Perth, remains busy with her work in the disability sector and says she’s “getting well known as the person who stirs things up and tries to get things done in the community, such as getting pavement ramps built and so on”. Her longest working stint was in the salaries division at Telstra and she remains close to her daughter, Ruth, who lives in Canberra and who Edmondson raised alone.

Throughout her life, swimming has remained a passion. In 2006, aged 56, she began racing at Masters events.

“We went to Darwin to compete and I really liked the fact that I was the baby of the team there,” she says.

“It felt just like when I was the baby of the team in Tokyo.”